Hello! Jamin here, developer of Headspun – which we’ve just announced, and I still get a kick out of saying this, will be heading to Xbox One this Summer!

A Game About the Voices in Our Heads

Headpsun is set in Cortex, the world of Theo Kavinsky’s broken brain. After waking from a five-week coma, Theo finds himself in a hospital room with no memory of the accident, or the events leading up to it. The game follows his recovery as his memories start falling back into place – but that won’t happen without first fixing up Cortex… 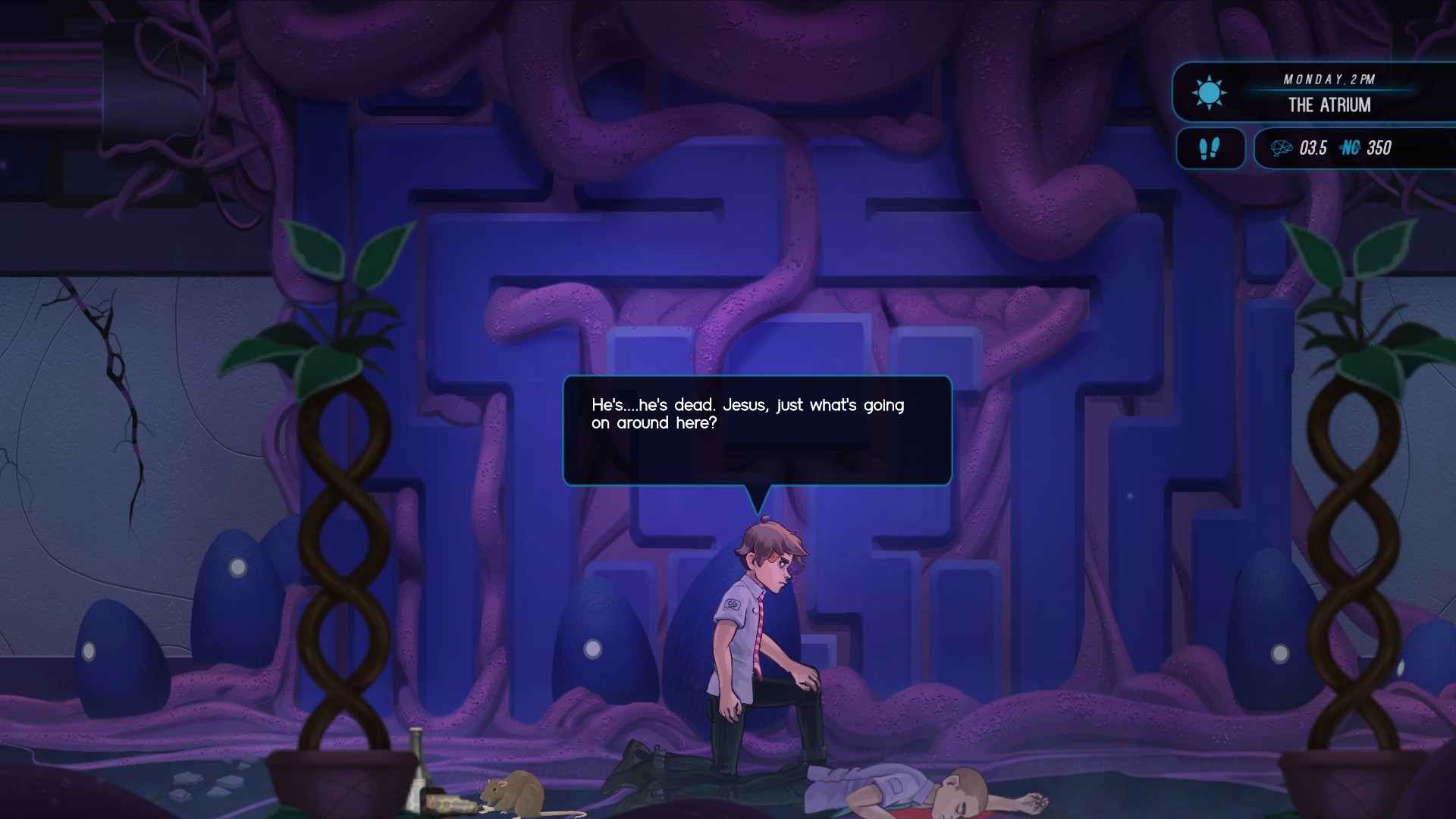 Players will assume the role of Ted, the conscious, intelligent voice in Theo’s head, as he tries to repair and renovate Cortex after the accident, and put Theo’s life back on track. What Ted thinks is best for Theo isn’t necessarily a view shared by Teddy, however; the primal, emotional, subconscious voice in Theo’s head.

The game was actually inspired by a psychological principle by Professor Steven Peters, who likens the subconscious voice in our minds to a chimp. It’s primal, and it’s emotional, and it acts without logic or reason.

As intelligent beings, we try to suppress this voice – these unwanted emotions – but often we struggle. “Taming the chimp,” is easier said than done. Headspun is a game that explores these themes, as Ted and Teddy come to blows over key decisions in Theo’s life.

In realising this story, I’ve had to develop a game of two halves; the world inside Theo’s brain – Cortex – and the real world outside it; the hospital room Theo wakes up in after the accident.

Ted and Teddy watch Theo’s life unfold from a monitor in the Cortex control room – a view from the eyes into the real world. The main thrust of the narrative is delivered via FMV scenes which represent this real world, and the player will be able to make choices and decisions which affect how he reacts and responds to visitors he receives.

This fusion of ideas and genres is at the core of my development philosophy. Superstring is a studio which intends to abuse the boundaries of genre; I want all my games to bring narrative to unexpected places through similar hybrids.

Thanks for reading and look out for Headspun on Xbox One this Summer. In the meantime, follow us on Twitter for updates from the final months of development.