Freelance operative sent by the Global Relief Effort for a secret mission to locate Kadir Suleiman,

an officer who went missing in Harran after stealing sensitive information about the outbreak.

As soon as Crane arrives in the city, his mission goes south when he gets bitten by one of the

As a child, Kyle lost his parents and has been unable form any serious relationships ever since. To

fill this void, he tries to make a change in the world through his job. Believing he was working

for the greater good, he accepted the offer from the G.R.E and agreed to infiltrate the quarantine 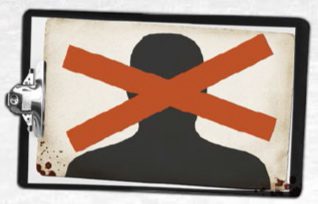 care of the outbreak, stop the infection from spreading, and supervise scientists

working on the cure. Officially missing in action, Kadir has in fact rebelled against

his superiors, claiming he was ready to publish top secret documents that could

threaten the international balance of power.

Harsh and brutal, Kadir is known for his ability to make difficult, even drastic,

decisions. These traits made him a perfect candidate for the head of the operation

Half-mad warlord and dictator. Driven by an all-consuming hunger for revenge, he leads an army

of thugs, bandits, and ex-soldiers that terrorize the quarantined parts of Harran. When he finds

out Crane works for the G.R.E., he sets out to prove to him that order is a lie, and that chaos is the

With no army or police left, Rais represents the strongest force in the zone. Although balancing

on the verge of insanity, he attracts many survivors who want to join his ranks because they

believe only someone as determined and ruthless as Rais can help them survive this nightmare.

Leader of a ragtag group of survivors from the Tower. As a former parkour trainer, he teaches his

followers the skills they need to outmaneuver the infected, becoming a symbol of hope and

survival in the quarantine zone.

The leadership takes its toll on him, but there is no one else in the Tower better suited for the

job. He is not immune to the brutality and chaos of the quarantine zone, though. In front of

others he plays the tough guy, but deep inside he is dangerously close to a mental breakdown.

as nails, she’s one of Brecken’s best runners – members of the Tower who risk their lives to

scavenge the zone for supplies.

Although Jade is not averse to risk-taking herself, she is overprotective of her younger brother

Rahim. Before Kyle Crane arrived in the quarantine zone, Jade was in a relationship with Amir,

another survivor from the Tower. However, when they rescue Crane from the infected, she loses

her loved one in the process.

Jade’s younger brother. Insubordinate, independent, and ready to lie to achieve what he

Rahim is consumed by his eagerness to help the community. However, the rest still see him as

a boy unfit for real action. He desperately tries to change it, which only leads to more trouble.

Because of his young age, he tends to be overzealous and careless.

Doctor of medical sciences and infectious disease specialist from Africa. Cares a great deal for the

survivors and, despite his old age, works day and night to develop a cure for the virus.

Together with Dr. Camden, Dr. Zere researched a new type of rabies virus for the Global Relief

Effort. When the epidemic broke out, he remained in Sector Zero to continue his work under the

protection of Kadir Suleiman. However, Suleiman’s revolt forced Zere to flee. With Amir’s help, he

Member of the Tower community and one of Brecken’s most trusted men. Spike’s task is to invent,

construct, and test new gadgets and weapons for the runners.

He is the man who came up with the idea for decoys and traps located across the zone. In other

words, he makes your life in the quarantine easier. You can find Spike near Zere’s truck in the Slums.

Leader of the Embers, a loose organization of survivors in Sector Zero. Strong, independent,

Raised in a conservative community, Troy experienced first-hand what it means to be defined

by your sex. When she refused to abandon ambitions “unbecoming of a Harran woman”, her

own brother threw acid onto her face. She never broke and eventually grew to become a highly

American scientist, together with Dr. Zere conducted research on a new type of the rabies virus.

After the outbreak, he stayed in the quarantine, protected by Kadir Suleiman’s forces. However,

when Kadir revolted, he and Zere got separated. His attempt to evacuate failed and Camden was

left stranded in the Old Town. He closed himself in his clinic, where he keeps looking for a cure.

Member of the Embers from the Old Town and their communication specialist. Troy’s best friend.

Savvy is a kind of a jack-of-all-trades. As a tech guy, his main task is to break through the

A man of dirty work, Tahir is Rais’s first choice when brute force is needed. He uses excessive,

unsophisticated violence – it’s just the most efficient way of doing things he knows.

In contrast to Tahir, who is just a bully, Karim is the brain behind Rais’s operations. And probably the

Karim is responsible for the logistics of the group and delegating current tasks. Before the outbreak,

Karim worked as a bodyguard for VIPs.

One of the runners from the Tower and Jade’s lover. Dies trying to rescue Crane.

When Suleiman’s operation in the Old Town had failed, Amir organized the evacuation of Dr.

Camden and Dr. Zere from Sector Zero. However, they got separated and only Amir and Zere found

Physician from the Tower, in a close relationship with Brecken.

Lena tends to wounded runners and scouts when they return from their missions. She is also

Provides new runners and scouts with necessary equipment. You can find him on the first floor in

Before the epidemic started, the Quartermaster ran a shop with household appliances. Now he is

the head of logistics in the Tower. He will equip you before you leave the Tower. And if you manage

to collect supplies from air-drops, bring them to him. 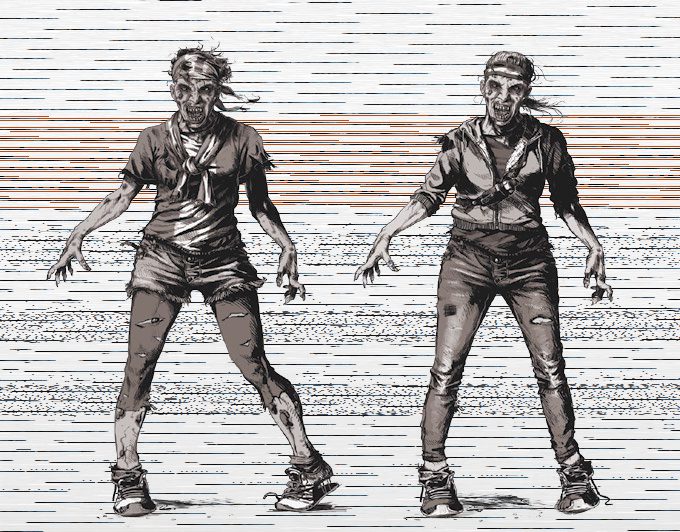 The epidemic that decimates Harran is caused

by an unknown mutation of the rabies virus. As

in the case of typical rabies, the disease makes

its victims vulnerable to sunlight. The virus is

transmitted through exchange of body fluids,

usually bites and scratches. The development of

the disease can be divided into four phases.

It is the critical phase of the infection, which can

last from several minutes up to twenty hours,

depending on the victim. At this stage, the

disease resembles a severe case of the flu. The

weakness, and blackouts. The Antizin is effective

only for patients in the Colonization phase,

slowing down the development of the disease.

However, an infected person needs regular doses of the medicine.

The Breakthrough phase begins immediately after Colonization, unless the infected person was given the Antizin. This

stage usually lasts from ten to twenty hours, but sometimes it can take even a few days. The victim gradually loses control

over his or her actions and suffers from attacks of a murdering rage, which is occasionally interrupted by short periods of

sanity. However, their physical fitness is not impaired, which makes people in this phase extremely dangerous.

Transmission: The regular third stage of the infection, lasting up to several weeks. Transmission affects mental capacity of

the victims and degrades it to the most basic instincts. All remains of sanity and consciousness are gone. The virus compels

its hosts to attack other people, even those infected already in the Colonization stage, and spread the infection. Victims

who reached Transmission lose most of their mobility, however they are very active and aggressive at night.

Failed Breakthrough: In some carriers, the infection does not develop properly and never reaches Transmission. Such

“dead end” victims cannot spread the virus and instead they mutate rapidly, turning into bloodthirsty and often bizarre 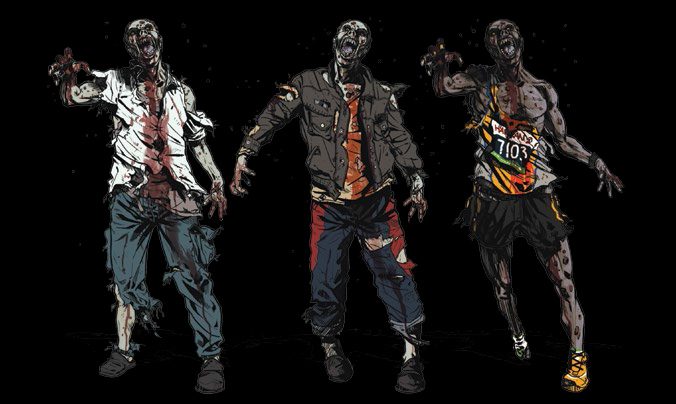 At the end of Transmission, the infected start to transform. They gather in nests and create chrysalises, in which they spent

two to four weeks. After that, they emerge as Volatiles, an extremely strong and intelligent form of mutation. In this phase

almost all original cells of the carrier have already mutated, which gives Volatiles not only their monstrous appearance, but

also superhuman strength and mobility. Their only weakness is vulnerability to ultraviolet light, causing them physical pain,

which is why they hunt only at night.

Check back every Day for all Parts and all Hints in the Game!