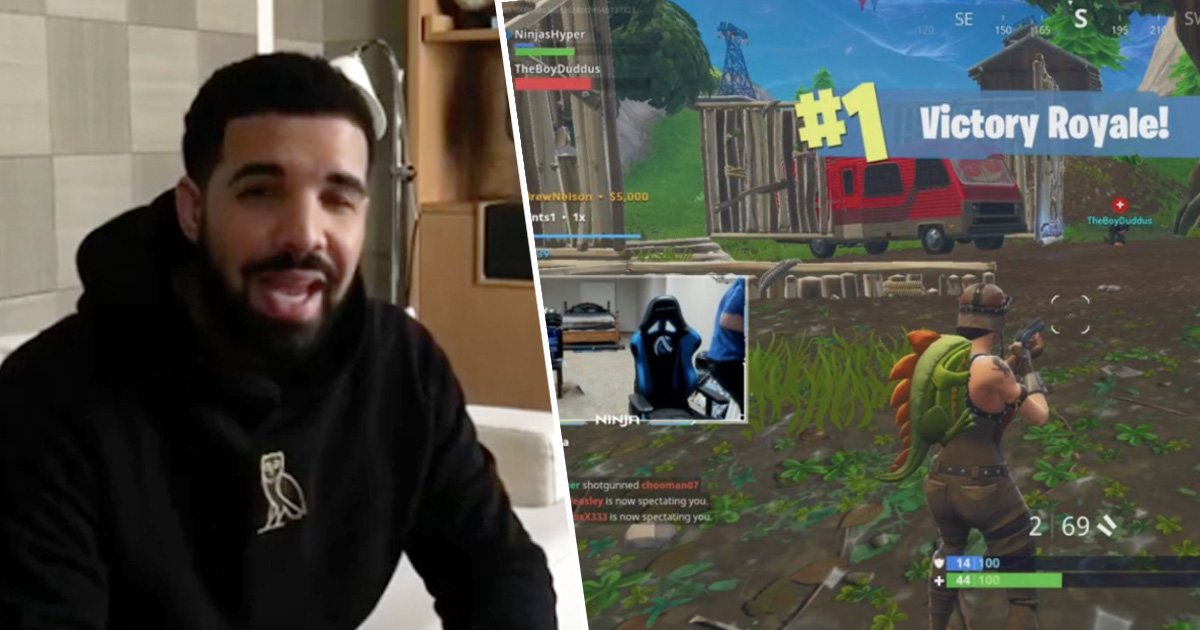 Unless you’ve been living under a rock for the past few months Fornite: Battle Royale has been taking the online multiplayer PvP arena by storm, even big-named artists like Drake are obsessively playing it.

When the 6 God isn’t going around donating large amounts of money to help better peoples lives (shout out to God’s Plan) Toronto’s favourite son loves to play video games, with the MMO battle royale game being his latest addiction.

As well as being one of the most popular rappers today, he’s also the most ‘meme-able’

The previous record for most watched livestream stood at 400,000 – Drake and Ninja have smashed it with a world record breaking 500,000. You can call it impressive, extraordinary or whatever great epitaphs you can think of – I’d like to think it was God’s Plan.

During the live stream he was joined by fellow rapper, and baby father to Kylie Jenner’s daughter Stormi, Travis Scott and NFL wide-receiver JuJu Smith-Schuster.

During the livestream Drake mentions he’s been playing Fortnite for a month or two and – along with his entourage – plays to wind down during his 20-hour studio sessions.

While Fornite isn’t the first online battle royale game, that distinction goes to PlayerUnknown Battlegrounds, it has quickly become the most popular. It has single handily surpassed PUBG in both player count and views.

This week Fornite’s developers Epic Games, who are responsible for other classics such as the Gears of War and Unreal series, announced they’ll be taking the franchise to mobile phones next. Invitations have already been sent out to people with iOS to get early access to the smartphone version of the game.

Android users will have to wait a few more months, unfortunately.

In a blog post, the game’s development team wrote:

On phones and tablets, Fortnite is the same 100-player game you know from PlayStation 4, Xbox One, PC and Mac.

This means players across devices can squad up with friends and play together.

In Drake’s video for God’s Plan his team were given a budget of just under $1 million – $996,631.90 to be exact – in production, but rather than go all out on some high budget, throwaway instantly-forgettable, overblown vanity project, they went in the complete opposite direction.

They gave away every last cent of the video’s budget, which explains the string of charitable gestures Drake has taken part in recently.