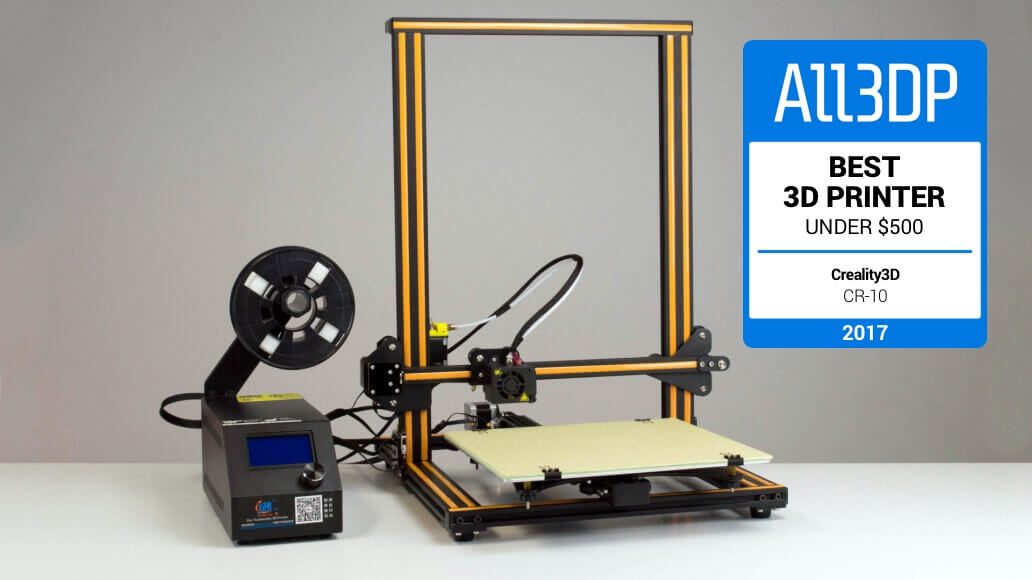 Already celebrated for its affordability and build size, the Creality CR-10 is currently available on GearBest and Banggood for 28% off or more. Check out these two deals and get your hands on one of the most popular budget 3D printers on the market.

Last year, the Creality CR-10 3D printer quickly climbed to the top of the desktop 3D printer food chain. As the consumer market continues to shift its focus towards affordability, the CR-10 manages to offer quality 3D prints at an exceptionally low price. In fact, we ended up awarding this budget 3D printer as the best 3D printer under $500 in 2017.

The Creality CR-10 offers a generous 300 x 300 x 400 mm build size, and can be upgraded in a multitude of ways. The open-faced frame has been copied by a number of 3D printer manufacturers, and for good reason. The simplicity of the CR-10’s design enables an unbeatable price-to-volume ratio, making it one of the most popular 3D printers to emerge in recent years.

Over the next four days, the online retailer GearBest is taking 28 percent off the price of the Creality Cr-10, placing it right around the $400 mark. Additionally, Banggood is currently selling the same 3D printer for just $379.99, and there is no specified end date on this proposed bargain.

Usually, the 3D printer is listed in between $450 and $480, making these two deals compelling for consumers on a budget. Striking a nearly perfect balance between price and performance, the CR-10 is a fantastic option for any frugally-minded maker.

It’s important to note that the GearBest deal is only valid when you select the CR-10 with the EU Plug. However, both the EU and US machines are identical, using a basic 3 prong standard computer power connector on the back of the control box.

On the other hand, the Banggood deal is only available for the US and Canadian version.  So, no matter where you’re located geographically, these deals should definitely pique your interest.

The 28 percent discount offered by GearBest will carry on until March 13.

All3DP is an editorially independent publication. Occasionally we need to pay our bills, so we affiliate some product links through which we may receive a small commission. For the full spiel, check out our Terms of Use. All prices accurate at the time of publication.


License: The text of “[DEAL] Creality CR-10 3D Printer, Over 28% Off” by All3DP is licensed under a Creative Commons Attribution 4.0 International License.