Pong embedded in a vintage Sony Watchman with Arduino | Blogdot.tv

Pong embedded in a vintage Sony Watchman with Arduino 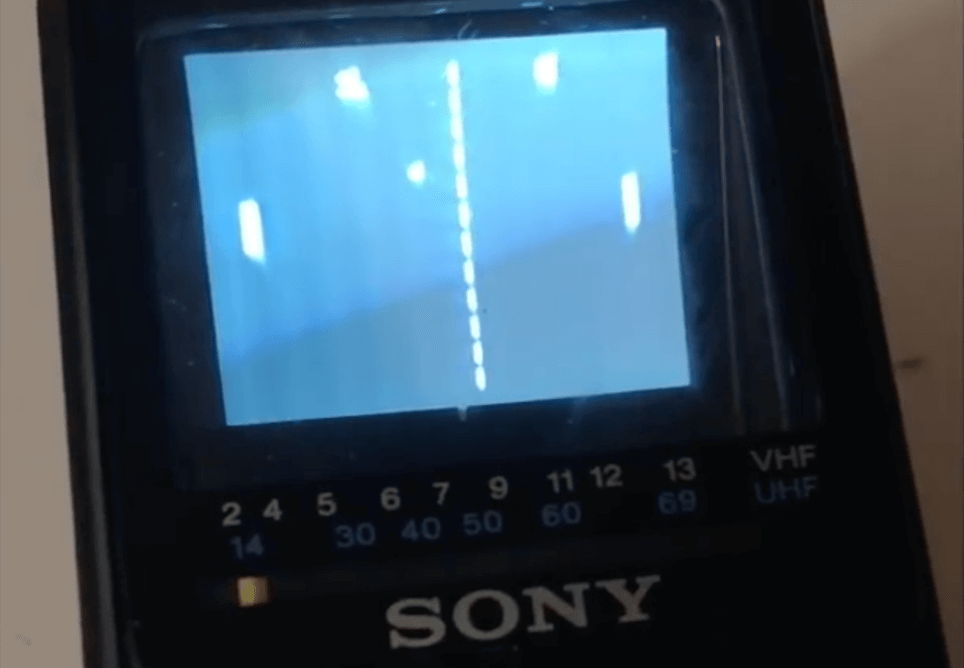 There’s perhaps no other game more classic than Pong, and likely none that require fewer control inputs, making it perfect for “porting” to a Sony Watchman. While an amazing piece of tech when introduced in the early ’80s, the current lack of analog TV signals means they only receive static.

As seen here, hacker “sideburn” decided to do something about it, and removed the tuner and decoder chip, making space for an Arduino Nano in the device’s housing. To complete the build, he hooked up the Arduino outputs to TV inputs, along with the tuner as a paddle controller and built-in switch as a start/pause button, and was able to seal the unit up again.

The result is a retro gaming system that looks completely stock, playing Pong as if it was there the whole time. Be sure to check out the video to see it in action!