Honeyed Words, the first quest in our Kingdom Come: Deliverance: The Amorous Adventures of Bold Sir Hans Capon DLC, was one of my favourite quests to work on – the design nicely develops the relationship between Henry and Hans Capon. It’s a classic buddy relationship, beginning with antagonism, slogging through an unwilling partnership and maturing into mutual respect and affection. But the social divide between the blacksmith’s son and the young lord is a barrier that can never be quite demolished – the two just poke holes through it with teasing and sarcastic humour, and that makes for a nice tension that underpins all their conversations.

Actors Tom McKay and Luke Dale bring this relationship wonderfully to life, entering body and soul into their characters, although, ironically, they very rarely actually met in the studio! Most of the dialogue between them was recorded in separate sessions. (In general, editing and polishing their lines was easy – all I had to do was write down what their voices were saying in my head.) 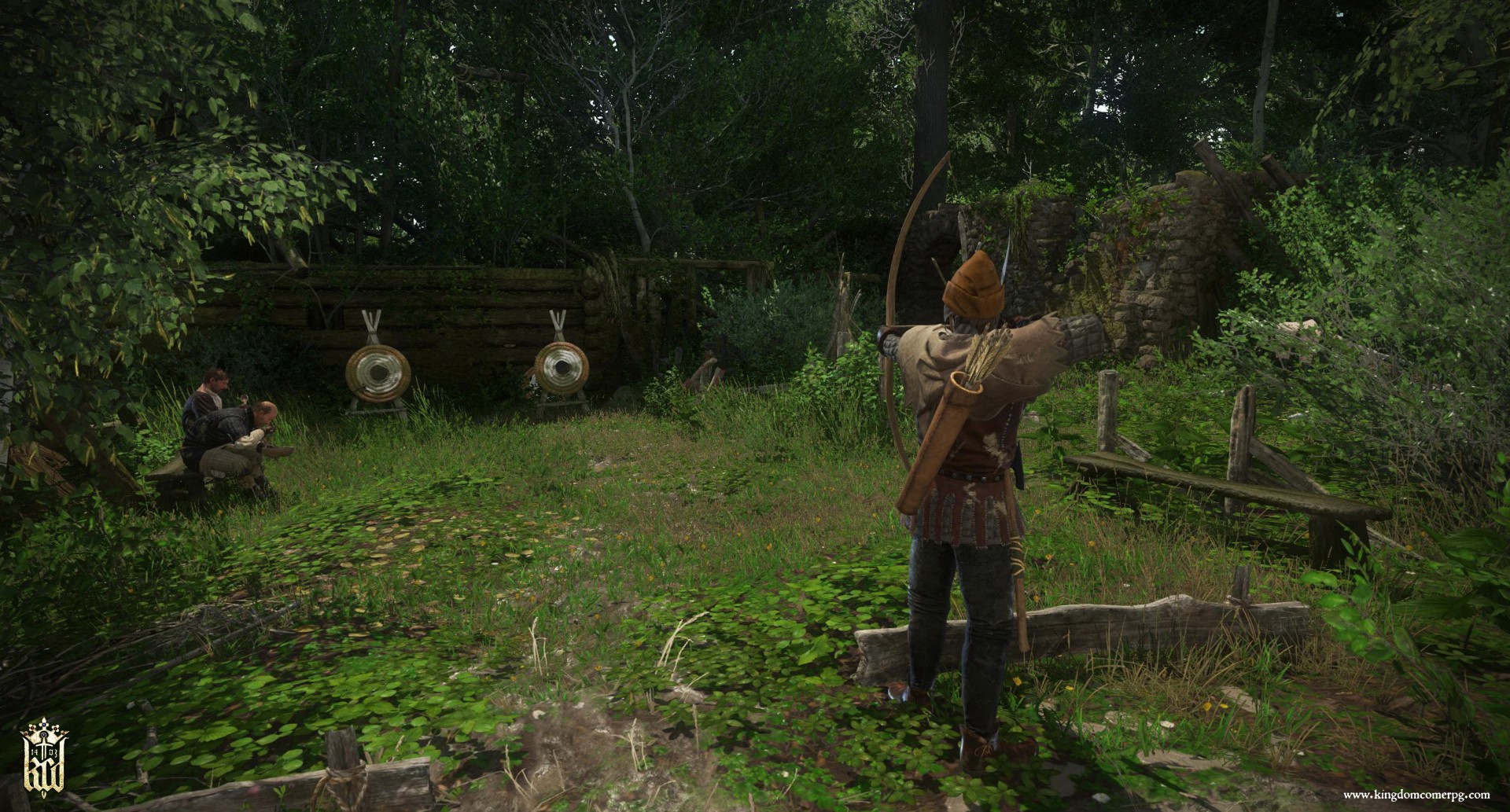 This quest is all about helping Sir Hans Capon in his pursuit of “the love of his life” and one of the player’s tasks is to secretly prompt the bold Sir Hans with lines of poetry that he recites to the fair Karolina in a balcony scene mimicking that in 19th century French play “Cyrano de Bergerac.” With one slight difference – Capon mishears everything and instead treats the damsel to a recital of gibberish peppered with vulgarisms.

That part was just about the most difficult translation I’d ever done in my life. The poetry itself was easy enough. I translated the lines of these genuine medieval Czech poems more-or-less verbatim but retaining the rhyming scheme and meter. Then I had to take each line and mangle it into something less like love poetry and more like something you’d find written on a toilet wall.

To do that, I had to keep going back to the original and tweaking it to make the words easier to twist into something appropriately ludicrous and vulgar. It was a long, mind-boggling process (fortunately, I wasn’t getting paid per word, otherwise my family would have gone hungry for a month!) and one that seriously taxed my sanity. In the end, what comes out of Capon’s mouth is partly what he thinks he hears and partly his own inner monologue reflecting his ‘aristocratic’ interests – horses, booze, and wenches.

This is one of the few quests in Kingdom Come: Deliverance that is primarily played for laughs, and I hope gamers have as much fun playing it as much as I had working on it.

Related:
This Week on Xbox: October 12, 2018
For Honor Graphical Remaster Launching with Marching Fire on October 16
Call of Duty: Black Ops 4 Has Arrived on Xbox One