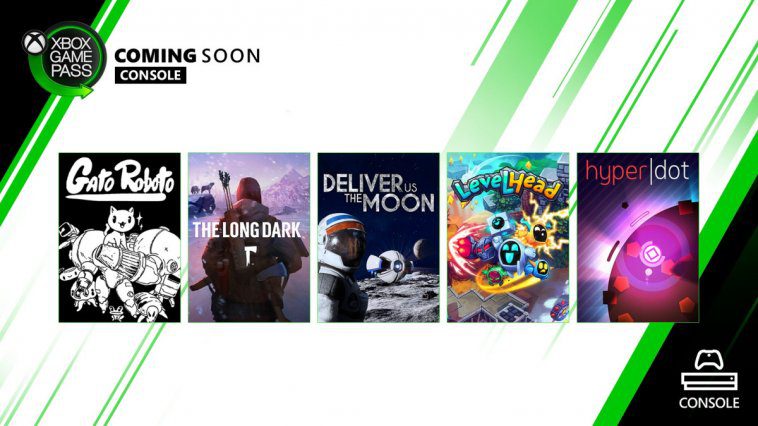 I know it feels like we were just here, sharing the new games, new Xbox Game Pass Ultimate Perks – that’s not déjà vu (or that none of us understand the passage of time anymore). We’re back because we have even more games! There is a lot to get to, so let’s jump in.

The Long Dark (ID@Xbox) – April 16
There are no zombies — only you, the cold, and all the threats Mother Nature can muster. A thoughtful, exploration-survival experience that challenges solo players to think for themselves as they explore an expansive frozen wilderness in the aftermath of a geomagnetic disaster.

Gato Roboto (ID@Xbox – Day One with Xbox Game Pass) – April 21
Make a valiant effort to save your stranded captain and his crashed spaceship! Inside of your cozy armored mech, set off on a dangerous trek through an alien underworld full of irritable creatures and treacherous obstacles.

Deliver Us The Moon (ID@Xbox – Day One with Xbox Game Pass) – April 23
Will you save mankind or be forgotten in the dark abyss of Space? Deliver Us The Moon is a Sci-Fi thriller set in an apocalyptic near-future, where Earth’s natural resources are depleted. A lunar colony providing a vital supply of energy has gone silent and a lone astronaut is sent to the moon on a critical mission to save humanity from extinction.

HyperDot (ID@Xbox) – April 30
Quickly evade enemies and test your skills in over 100 hand-crafted trials during campaign mode, outlast your friends in multiplayer battles, or build complex challenges with the custom level editor in this minimalist action arcade masterpiece with one rule: dodge everything.

Levelhead (ID@Xbox – Day One with Xbox Game Pass) – April 30
Create incredible contraptions and machines, craft adventurous expeditions that require brain and brawn to complete, or just create a relaxing music experience. Build, play, share and compete using the platformer maker. With the deep, intuitive systems of the level editor, you can create the levels of your dreams and other players’ nightmares. Supports up to four players for couch co-op mayhem!

In case you missed it, we added some new Perks last week for you Xbox Game Pass Ultimate members! Get some time on the court (virtually) with get 5,000 MyTeam points and 30 skill boosts from NBA 2K20. You can also get an Xbox Starter Bundle with Credits and more from Warframe and jump into Phantasy Star Online 2 with a monthly bonus pack. To unlock all of these and more on console and PC, simply go to the Perks section inside the Xbox Game Pass tab to redeem them! Perks are also available for redemption through the Xbox Game Pass mobile app.

Coming April 22 to Sea of Thieves, it’s true that Ships of Fortune introduces an entirely new element to trading companies by allowing pirates to serve as emissaries and collect bonus loot and exclusive rewards (also introducing Reaper’s Bones as an all-new company), as well as an overhaul to The Arena… but what I care most about is the cats! The Pirate Emporium will now have three breeds of feline friend for your pirate: the scruffy Wildcat, fluffy Ragamuffin, and slinky Mau. Catch up on all the Ships of Fortune upgrades here on Xbox Wire.

It’s time to say goodbye to some games, so get the play time in now! If you want to keep the game going, you can use your membership discount to get any of these games for up to 20% off while they are still in our library:

If your friends haven’t tried Xbox Game Pass Ultimate yet, now’s the best time – their first month is only $1, getting them access to all these games, and even the Perks! And while you’re planning your list of what games to play next, you might find helpful our many ways for you to keep up to date: Twitter, Instagram, Mobile app, sky writer (I may have made up one of those). Stay safe and game on friends. Be back here soon!