Comic-Con 2018: Iron Fist Season 2 Release Date And Everything We Know So Far | Blogdot.tv 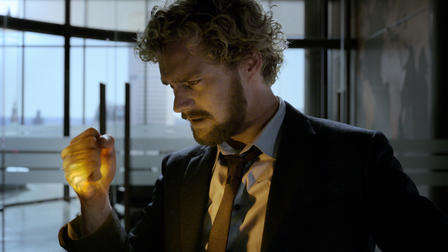 Iron Fist is a Netflix adaptation of a Marvel comic book which follows Danny Rand, a man who was raised by monks in the K’un Lun temple after his parents died in a plane crash that he miraculously survived. The monks raised him to be a formidable martial artist, and Danny wants to return to New York to take his rightful place at his father’s company, with the help of his superpower, the Iron Fist, which gives him super strength.

We’re recapping everything we know about the upcoming Season 2 of the Netflix show ahead of San Diego Comic-Con 2018. We’ve also got some thoughts on what we hope to see at SDCC, we’ll report back with more details as they’re shared. [SDCC update: The event’s Iron Fist panel has taken place, and it provided attendees with multiple glimpses of the new season, one of which you can check out above. We also got a release date–September 7–and the consensus seems to be that it looks more promising than the first season.]

The show is on its second season. The first season didn’t receive great reviews, so it’s up to new showrunner Raven Metzner to turn things around. Netflix has kept the plot details for Season 2 under wraps, so we don’t know much other than the clues we got from the first one.

What’s Been Released So Far

So far, pretty much nothing has been released in the way of plot details. We do know that Misty Knight will feature in this season to team up with Colleen, her friend in the comic books, but other than that, we will have to wait until Comic-Con to get details on the show’s sophomore season.

Rand also appeared in Luke Cage Season 2, which didn’t necessarily give any plot details away; it was just really cool.

What We Want At Comic-Con

Iron Fist will definitely make an appearance at San Diego Comic-Con on Thursday, and while we don’t know exactly who will attend, we do know that Marvel’s Jeph Loeb will be there. We also know that Netflix will be releasing some of the first plot details about the second season at the presentation.

Obviously, since so few details have been released, we have a ton of questions. In brief, we just want to get an idea of what next season’s plot will look like. Hopefully, we’ll get the answers to that, and how Misty Knight will feature in the show, before Season 2 is released in December.