Construct a 3D paper model of the iconic Arthur satellite dish that notifies you whenever the International Space Station passes overhead!

Project_Arthur is a fun project allowing you to construct a 3d paper model of the Antenna 1 dish called Arthur from Goonhilly. The model will track the location of the ISS (International Space Station) using an embedded Raspberry PI and notify you when it is over your chosen location!

Based in Cornwall, UK, the Goonhilly Earth Satellite Station was once the largest satellite earth station in the world. It has been home to more than 60 dishes since its first dish, Arthur, was built in 1962. 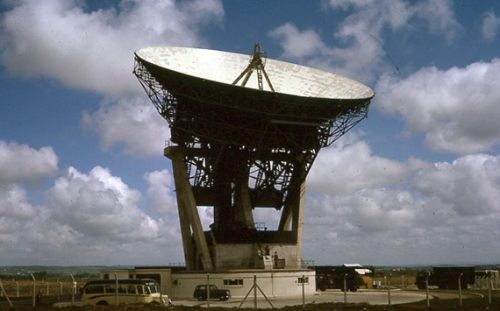 Arthur is responsible for bringing many iconic moments in television history to the UK. For example, it transmitted man’s first steps on the moon on 20 July 1969. Since then, it’s become a protected Grade II listed structure.

Apollo 50’s Project Arthur is an open-source 3D papercraft project that allows you to build your own desktop Arthur satellite dish model, complete with LED notifications via a Raspberry Pi Zero W.

The entire body of the satellite dish is built using ten sheets of 160gsm cardstock, printed with the Arthur design that you can download for free from the Project Arthur website. A Raspberry Pi Zero W fits within the base of the model, and you can push a small LED through the feedhorn — the bit that sticks out the front of the dish.

The Apollo 50 team created a simple IFTTT web applet that accesses an API to find out the location of the International Space Station (ISS).

The project uses a conditional web applet that we created on the IFTTT (If This Then That) platform. The applet monitors an API via NASA and Open Notify that we give a specific location on Earth (such as your home/school). It computes whether the ISS is overhead, and in that case sends a tweet to you with a particular hashtag (such as #ISS_overGoonhilly). When this hashtag is picked up by the code running on the Pi, the LED will flash to indicate that the ISS is overhead!

Our two Astro Pi units, Ed and Izzy, are currently aboard the International Space Station as part of the ongoing Astro Pi Challenge we’re running in partnership with the European Space Agency (ESA). The Astro Pi units consist of a Raspberry Pi 1 Model B+ and a Sense HAT inside a 6063-grade aluminium flight case, and they allow school children from all ESA member countries to write code to run experiments in space. You can learn more about the Astro Pi Challenge here.

If you’d like to try out more space-themed Pi projects, our free project resources include ‘People in space’ indicator — a handy LED-packed gadget for checking how many people (that we know of 👽) are currently in space. 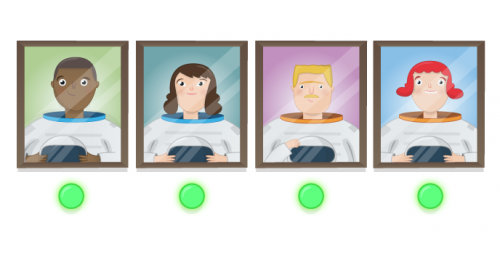 There are many more free resources on our projects site, including our own take on an ISS tracker, and the files to print your own Astro Pi case. And you can learn more about papercraft in issue 6 of HackSpace magazine, our monthly maker publication available in print and as a free PDF download that makes a sneaky appearance in the Project Arthur video!