To some people, the idea of a fully autonomous corporation might seem like the beginning of the end. However, while the BitBarista coffee machine prototype can indeed run itself without any human interference, it also teaches a lesson about ethical responsibility and the value of quality.

If you’ve played Paperclips, you get it. And in case you haven’t played Paperclips, I will only say this: give a robot one job and full control to complete the task, and things may turn in a very unexpected direction. Or, in the case of Rick and Morty, they end in emotional breakdown.

While the fully autonomous BitBarista resides primarily on the drawing board, the team at the University of Edinburgh’s Center for Design Informatics have built a proof-of-concept using a Raspberry Pi and a Delonghi coffee maker. 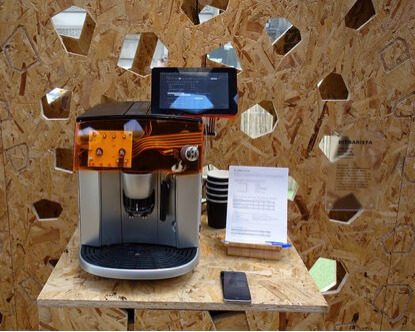 Recently described by the BBC as ‘a coffee machine with a life of its own, dispensing coffee to punters with an ethical preference’, BitBarista works in conjunction with customers to source coffee and complete maintenance tasks in exchange for BitCoin payments. Customers pay for their coffee in BitCoin, and when BitBarista needs maintenance such as cleaning, water replenishment, or restocking, it can pay the same customers for completing those tasks. 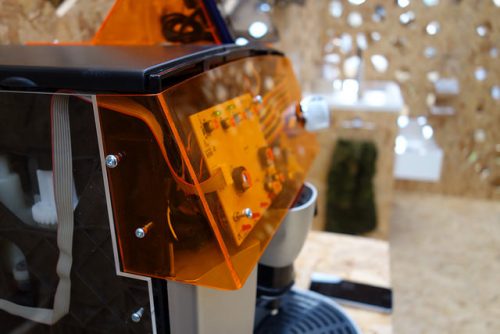 Moreover, customers choose which coffee beans the machine purchases based on quality, price, environmental impact, and social responsibility. BitBarista also collects and displays data on the most common bean choices. 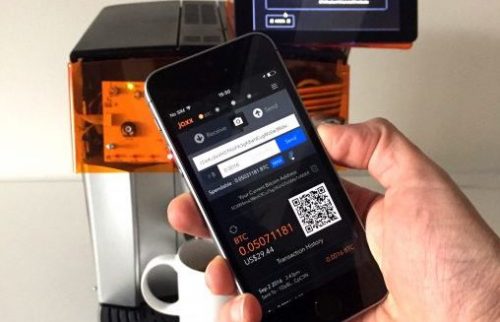 So not only is BitBarista a study into the concept of full autonomy, it’s also a means of data collection about the societal preference of cost compared to social and environmental responsibility.

For more information on BitBarista, visit the Design Informatics and PETRAS websites.

Many people already have store-bought autonomous technology within their homes, such as the Roomba vacuum cleaner or the Nest Smart Thermostat. And within the maker community, many more still have created such devices using sensors, mobile apps, and microprocessors such as the Raspberry Pi. We see examples using the Raspberry Pi on a daily basis, from simple motion-controlled lights and security cameras to advanced devices using temperature sensors and WiFi technology to detect the presence of specific people.

In this video, we use a Raspberry Pi Zero W and a Raspberry Pi camera to make a smart security camera! The camera uses object detection (with OpenCV) to send you an email whenever it sees an intruder. It also runs a webcam so you can view live video from the camera when you are away.

To get started building your own autonomous technology, you could have a look at our resources Laser tripwire and Getting started with picamera. These will help you build a visitor register of everyone who crosses the threshold a specific room.

Or build your own Raspberry Pi Zero W Butter Robot for the lolz.