Beat Me! is Now available on Xbox One and Xbox Series S|X | Blogdot.tv

Beat Me! is a physics-based multiplayer game for up to six players. That’s a lovely party brawler where we fight as puppets at the Puppetonia kingdom. The main game mode is the deathmatch available locally as well as over the internet. There are over 100 levels in the game, which are an important part of the gameplay. Each scene can surprise you in a different way, as well as any character that players can play. Fighting in the Puppetonia Tournament, you must master skills, fighting-styles, and adopt strategies for each unique situation to win the match.

Our main goal was to make the game fun. The most important thing is not the competition, but the time well spent together. Therefore, I‘m very glad that online and cross-platform support has been done, especially now during the pandemic. Because of that feature, we can meet and have fun with buddies without leaving the house. The game allows you to invite or join friends and also play with strangers. The great option is to play locally in one group and fight as a team with other groups of players on other consoles.

I’m sure that Beat Me! can bring a lot of joy to the whole family and friends at any age. The game is now available on PC, but we designed it with consoles in mind, so I’m really happy that from now is available for players on Xbox One and Xbox Series X|S. 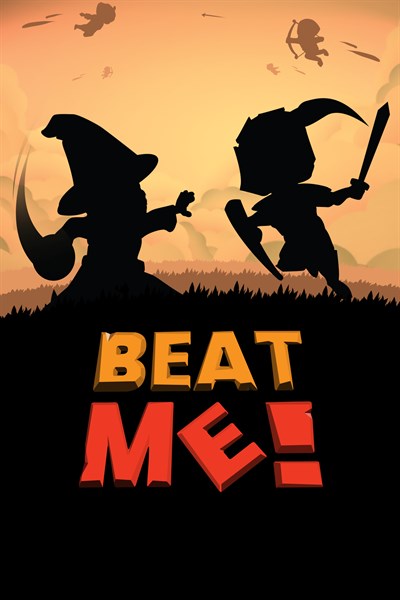 ☆☆☆☆☆
★★★★★
$12.99 $10.39
Get it now
Beat Me! is a physics-based multiplayer game with comical fantasy characters and a wide variety of fun and surprising environments. Fight against other players, but be aware of your surroundings! Key Features: – Enjoy the game together, with up to 6 players in total. – Challenge your friends to try to beat you locally through shared-screen or over the internet. – Experience a special physics-based combat system. – Choose from many fantasy characters with unique abilities and fighting styles. – Enjoy over 100 highly interactive and fun levels. – Pick from a number of different game modes, including deathmatch. – Use chat and voice chat in online mode!

Related:
Next Week on Xbox: November 10 to 13
This is Jeopardy! PlayShow, Let’s Meet Today’s Contestants… You!
Celebrate Coldplay’s 20th Anniversary with a Rock Band Challenge