Celebrating Gorogoa’s upcoming release on Xbox One, I thought I’d share some thoughts about the game’s place in the lineage of classic adventure games. After all, it’s a lineage I’m proud of.

Nowadays, old-school adventures games are regarded with a mixture of nostalgia and gentle ridicule. Their puzzles were infamous for needless, Rube Goldberg complexity. The nouns and verbs in their mechanical language were often unclear. They seemed to actively fetishize absurd, counterintuitive uses for objects. 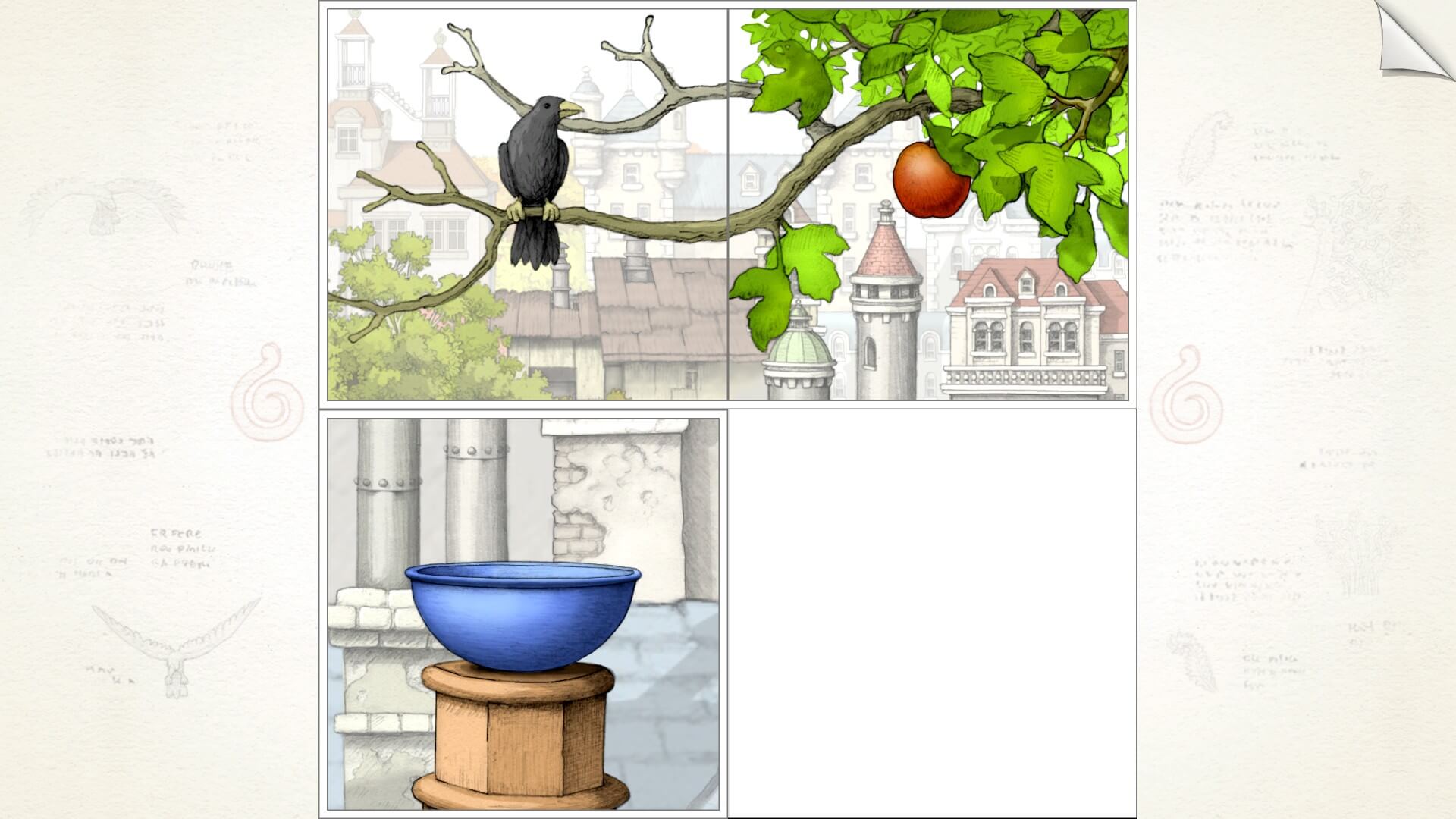 Modern, more systemic puzzle games set out to fix those issues in part by removing the puzzles to a cleaner and more abstract realm where the verb set is unambiguous, the rules are crisp and precise, and the visual language is loud and clear. Think of Portal or The Witness (both excellent games!).

But I grew up loving adventure games for the very qualities that are now shunned. And there are some key features of those classic games that modern design has perhaps unjustly left behind. 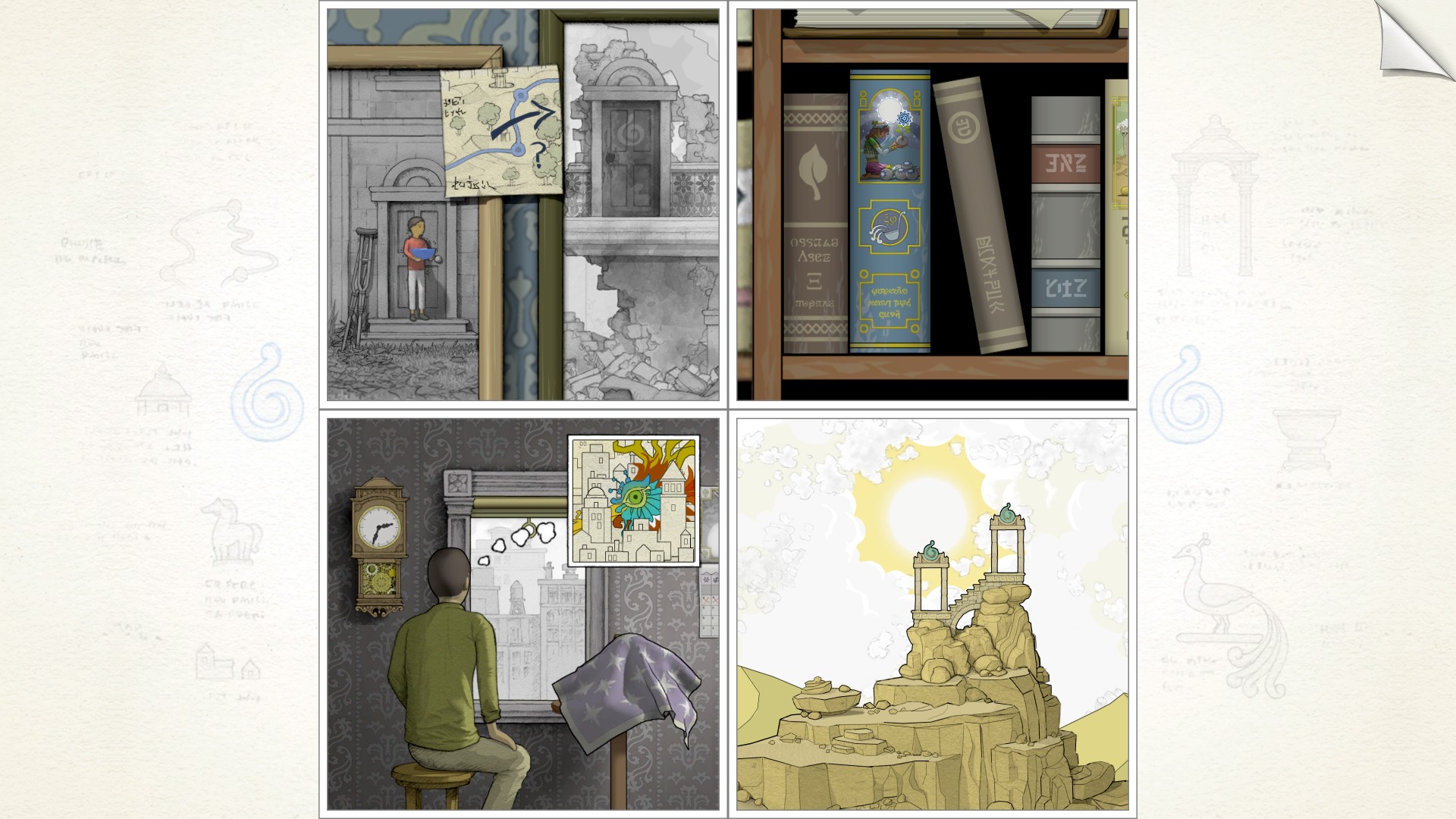 I think the fantasy at the heart of a lot of those old games is misunderstood. The puzzle components in classical adventure games are hidden in the world because that’s the point. It’s not just a fantasy about embodying a clever character, it’s about inhabiting a world full of hidden potential. Adventure games love the exotic repurposing of everyday objects, because that’s also part of the fantasy: the elevation of the ordinary. They value looking carefully and closely at everyday things; imbuing them with a second layer of meaning.

And crucially, unlike many video game fantasies, this one can be mapped back onto the real world. It’s something we as a species often yearn to believe: that all around us are secret compartments of meaning, installed by someone or something invisible and otherworldly. 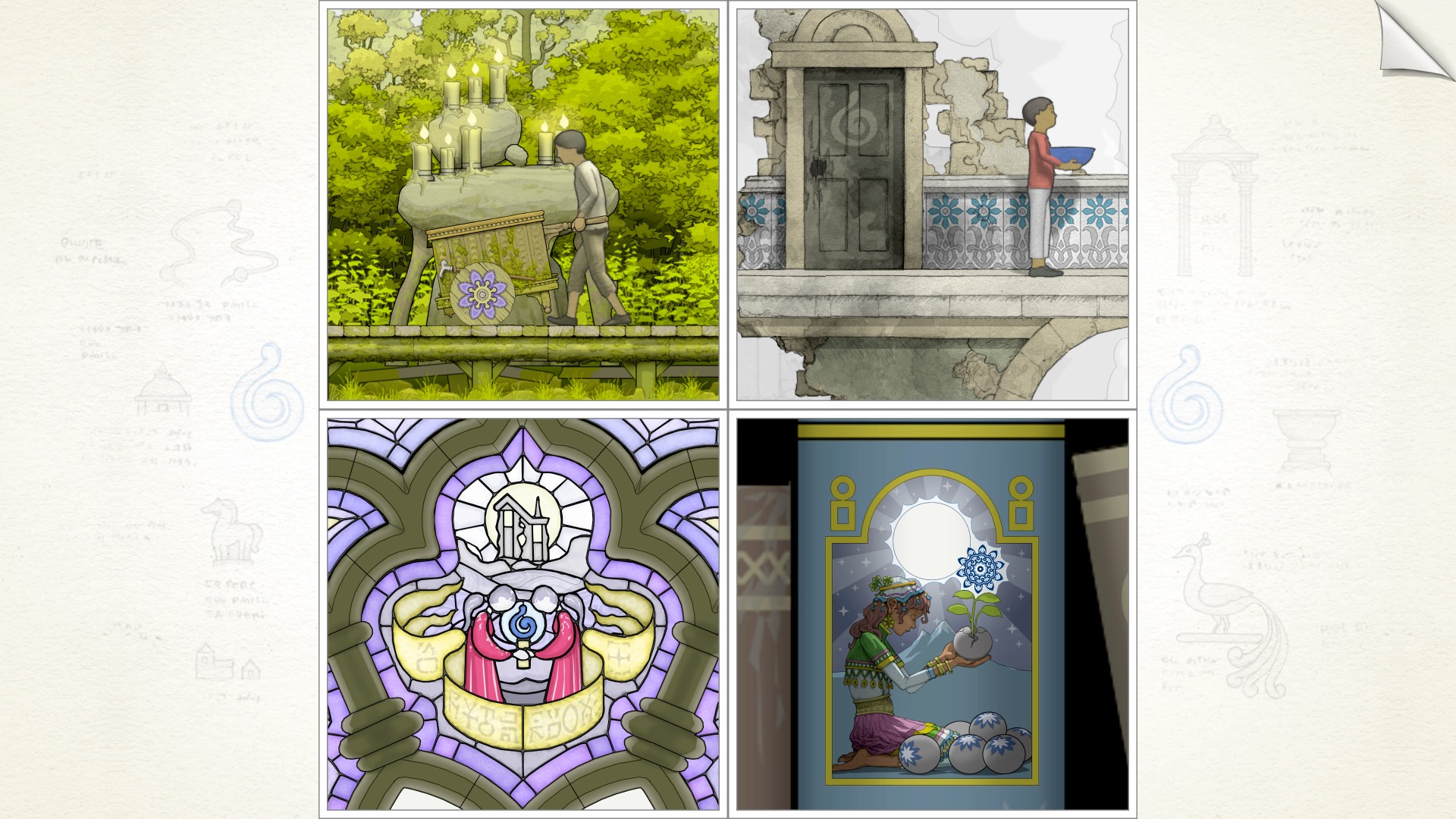 A friend of my mother’s sincerely believed, for much of his life, that the external reality we experience is a projection of the unconscious mind, like a very lucid dream. And so, he applied Freudian-style dream analysis to the real world. That is, he interpreted events and objects in the world around him as coded symbols; intentional messages from his own unconscious that could be unlocked through scrutiny.

He would arrive in a new part of the country, and look for a sequence of these clues, each one pointing the way to the next. His eye might be caught by a concert poster on the side of a building, or the combination of two street names at an intersection, or a scene from an old movie playing on the TV over a bar. He would treat each of these like a kind of puzzle, rearranging words and letters, looking for homonyms and visual puns, picking out potentially symbolic imagery, and so on. He’d then follow this supposed trail of encrypted messages from his unconscious, and thereby find his way to the place where he was meant to live for the next few months or years of his life. 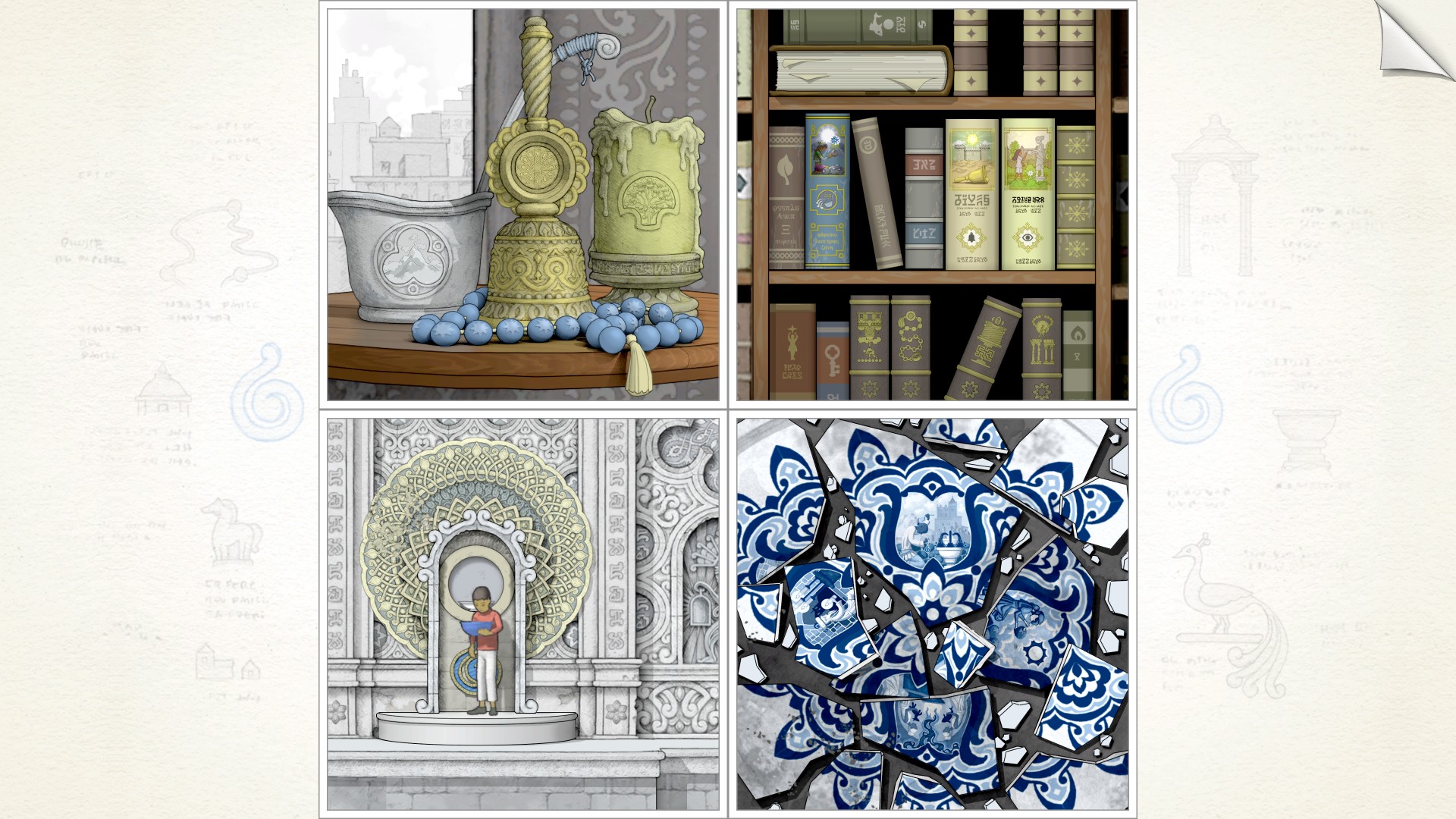 I have some problems with the logistics of this friend’s theory. But I think we can all understand why he wanted to believe it. In a frighteningly chaotic world, it’s a very compelling idea: that something invisible is speaking profound truth to us through everyday objects, using a subtly disguised language. There’s a deep-seated human compulsion to go looking for those clues through which the cosmos, or the spirit world, or the unconscious mind is guiding us to where we ought to be.

Gorogoa is a parable about the pursuit of that fantasy. It’s mechanics, you’ll discover as you play, are all about the hidden transcendent connections between objects around us. It creates a world of miraculous secrets. It is a game both descended from and radically unlike classic adventure games, inhabiting a stranger version of the same dream.