Following last week’s news, we wanted to share more with you about the game itself, so let’s talk about what you can expect when you download your copy from PlayStation Plus in February* next year with a breakdown of the game modes you can play solo, in a team with AI, or friends and rivals in online multiplayer.

Mayhem plays like a classic deathmatch. Playable in solo and teams, deal damage and wreck as many opponents as you can in the time limit. The player with the highest score wins. It sounds familiar, but can you control the chaos by mastering the balance between vehicle and character action. 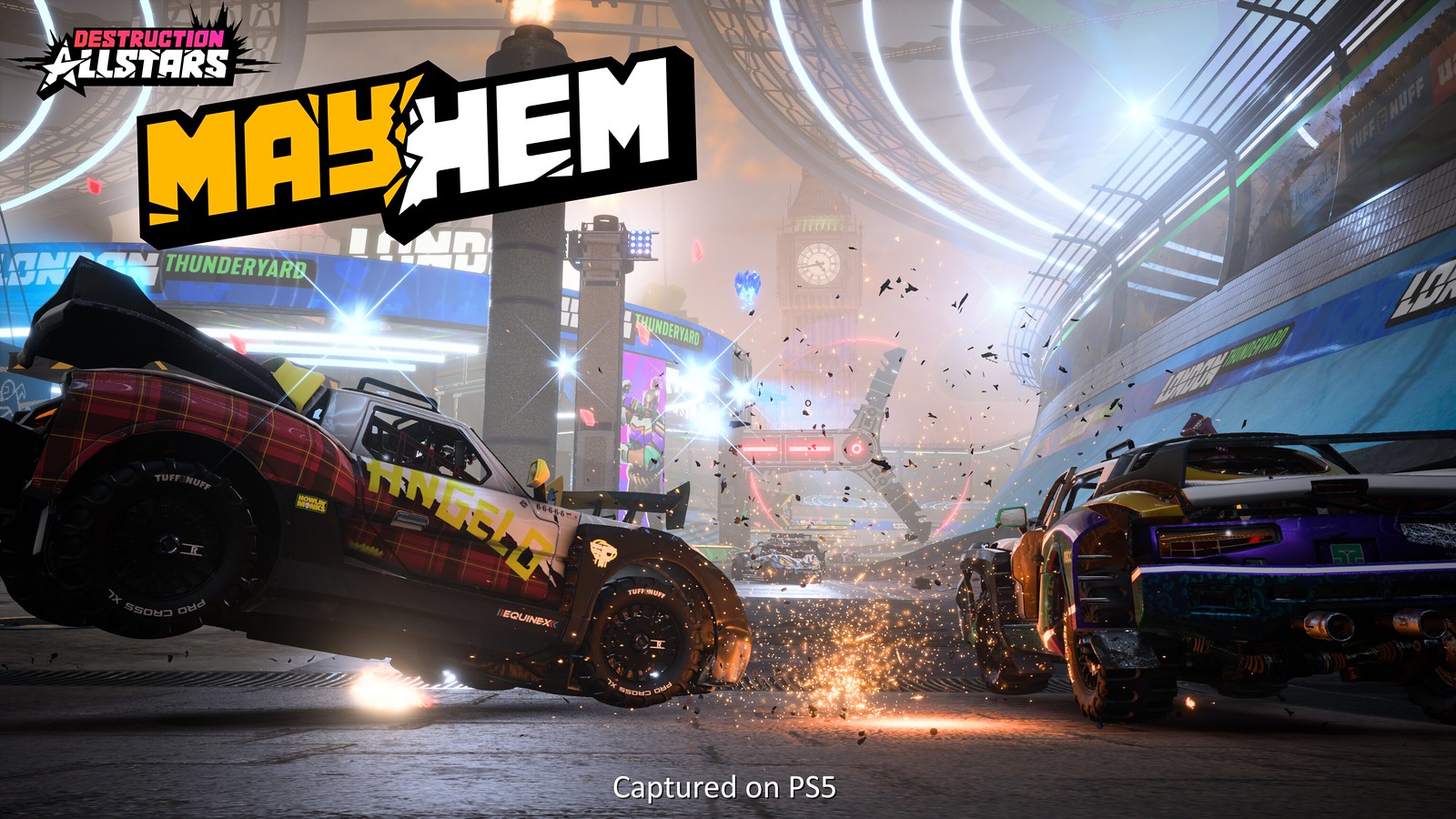 Take what you learn in Mayhem and put it all on the line in Carnado. Playable in both solo and teams, it’s focused around risk and reward. Earn Gears (AllStars’ collectable in-game items) for damaging or wrecking competitors, which are automatically stored in your vehicle. Sacrifice your vehicle by driving into the Carnado to score points. Back on-foot, get a new vehicle or steal one from your opponents for a quick points boost. The more you wreck, the more Gears you earn. 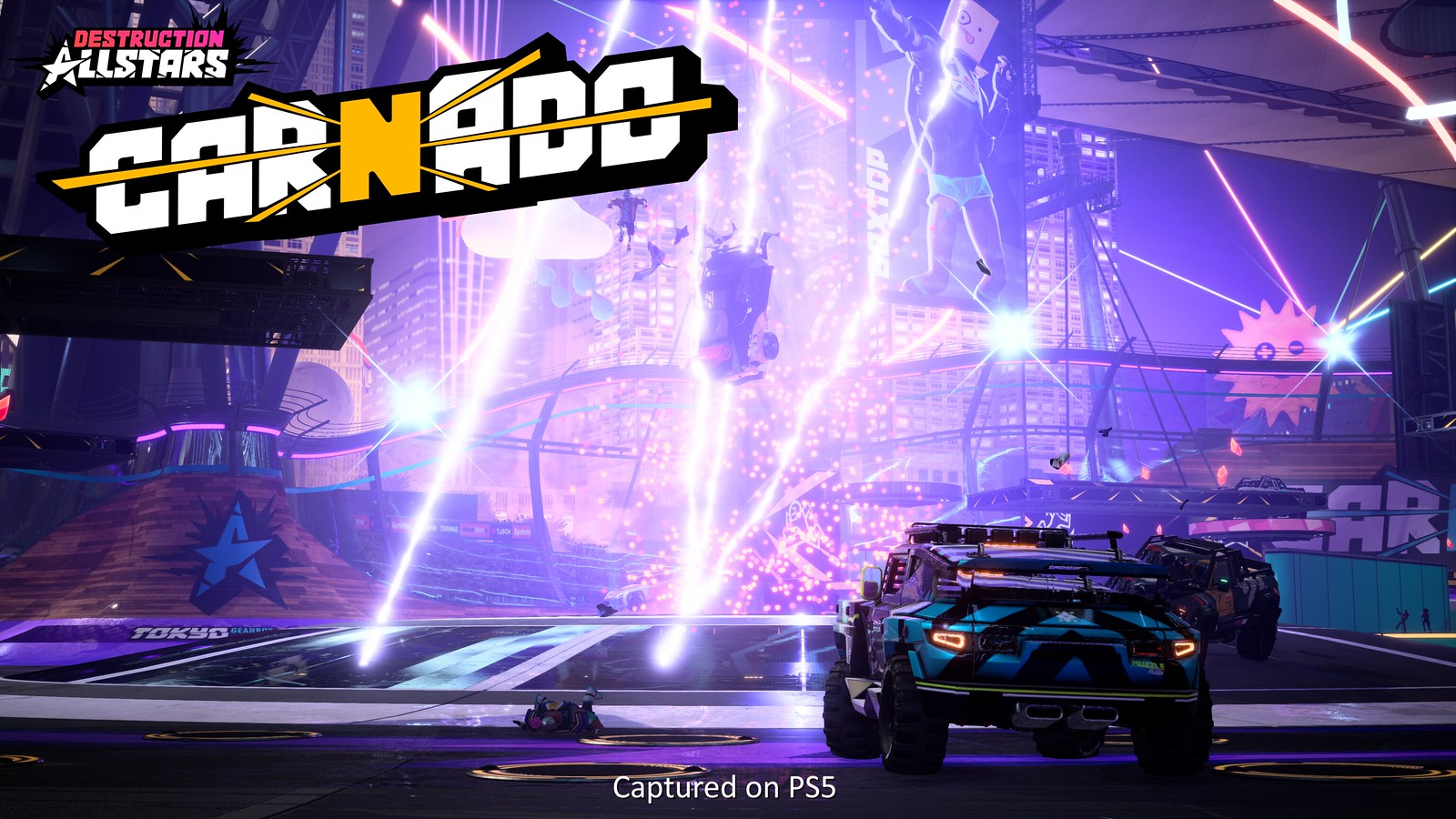 Stockpile is our take on capture and control. In this team based mode, wrecking or knocking out opponents will cause Gears to drop to the floor. Go on foot to collect the Gears and run through a gauntlet of vehicles to one of the three banks around the map. Stand on a bank to deposit Gears, and claim it for your team. This is a battle for bank ownership; the team with the most banks at the end of the game wins. 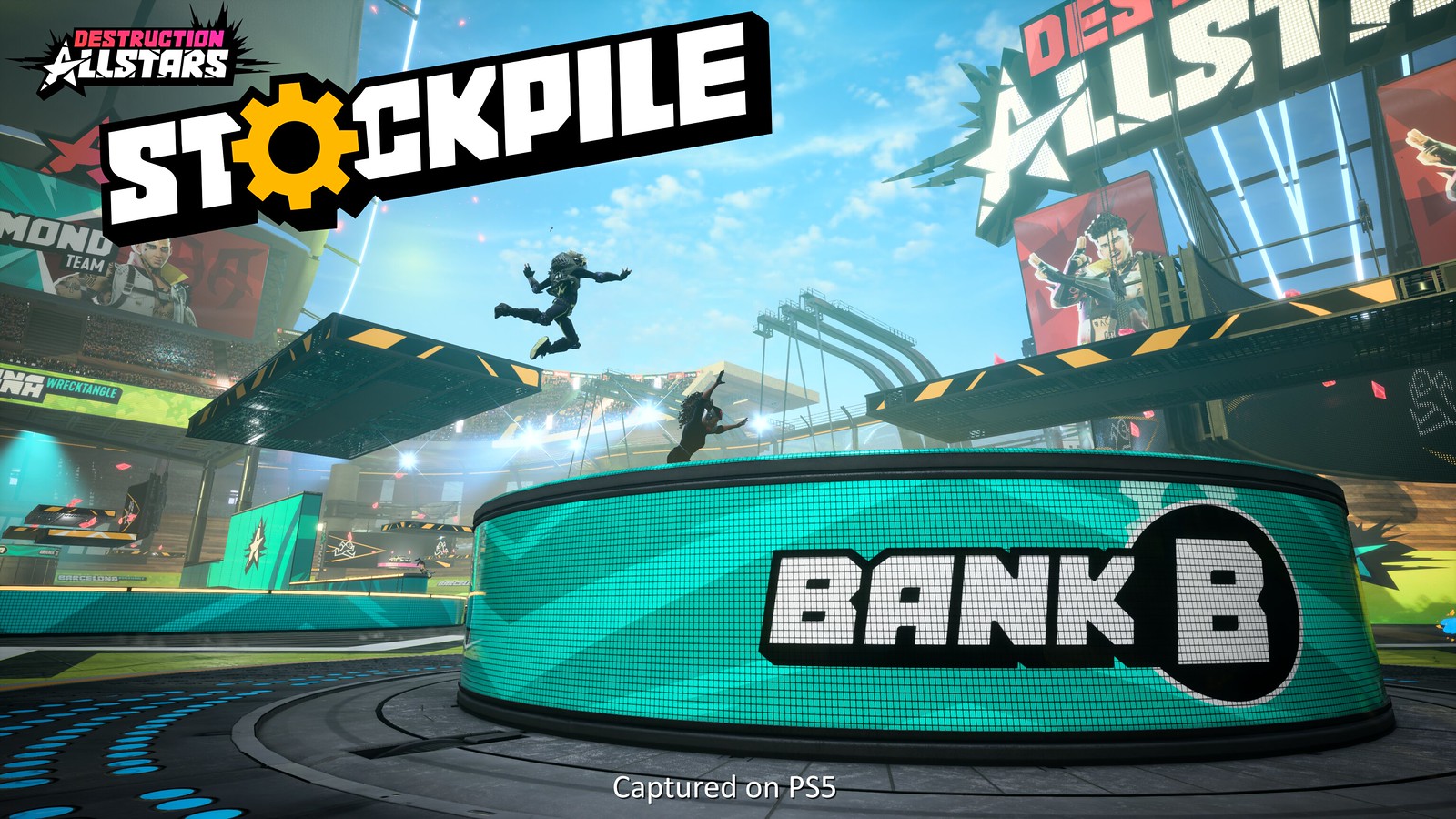 16 AllStars enter the arena, but only one will emerge victorious. In Gridfall, it’s about using all your skills to stay in the game as the arena falls away from beneath your wheels. Wreck your opponents off the edge of the map or find temporary safety in the platforms above. As players get wrecked or knocked out, they’ll trade a respawn to get back in the game. If you run out of respawns, you’re eliminated! The winner is the last AllStar standing. 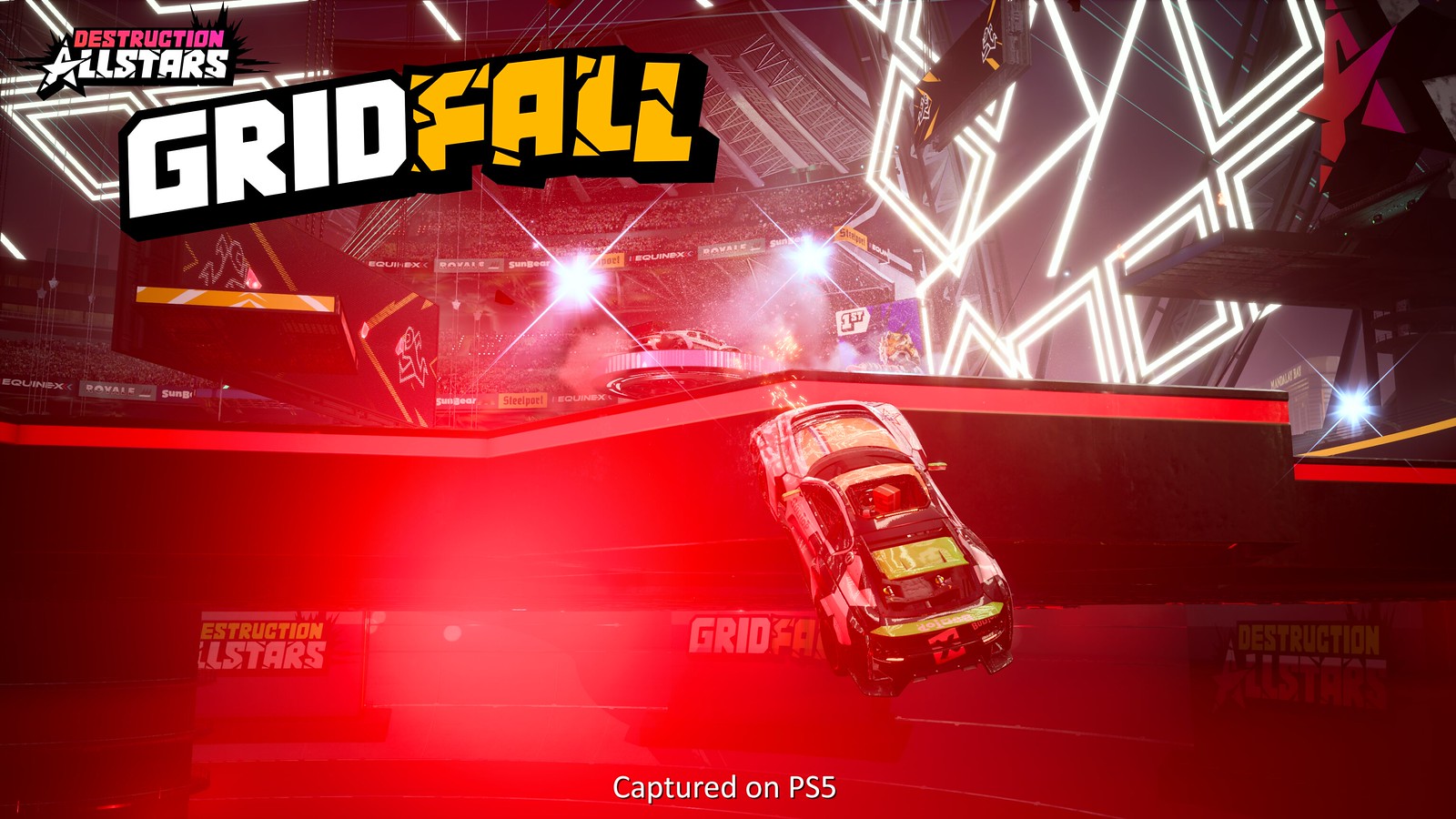 So that’s are game modes at launch, what else can you expect from Destruction AllStars at launch?

Visit the Training area, complete the tutorial and practice with any of our 16 AllStars. 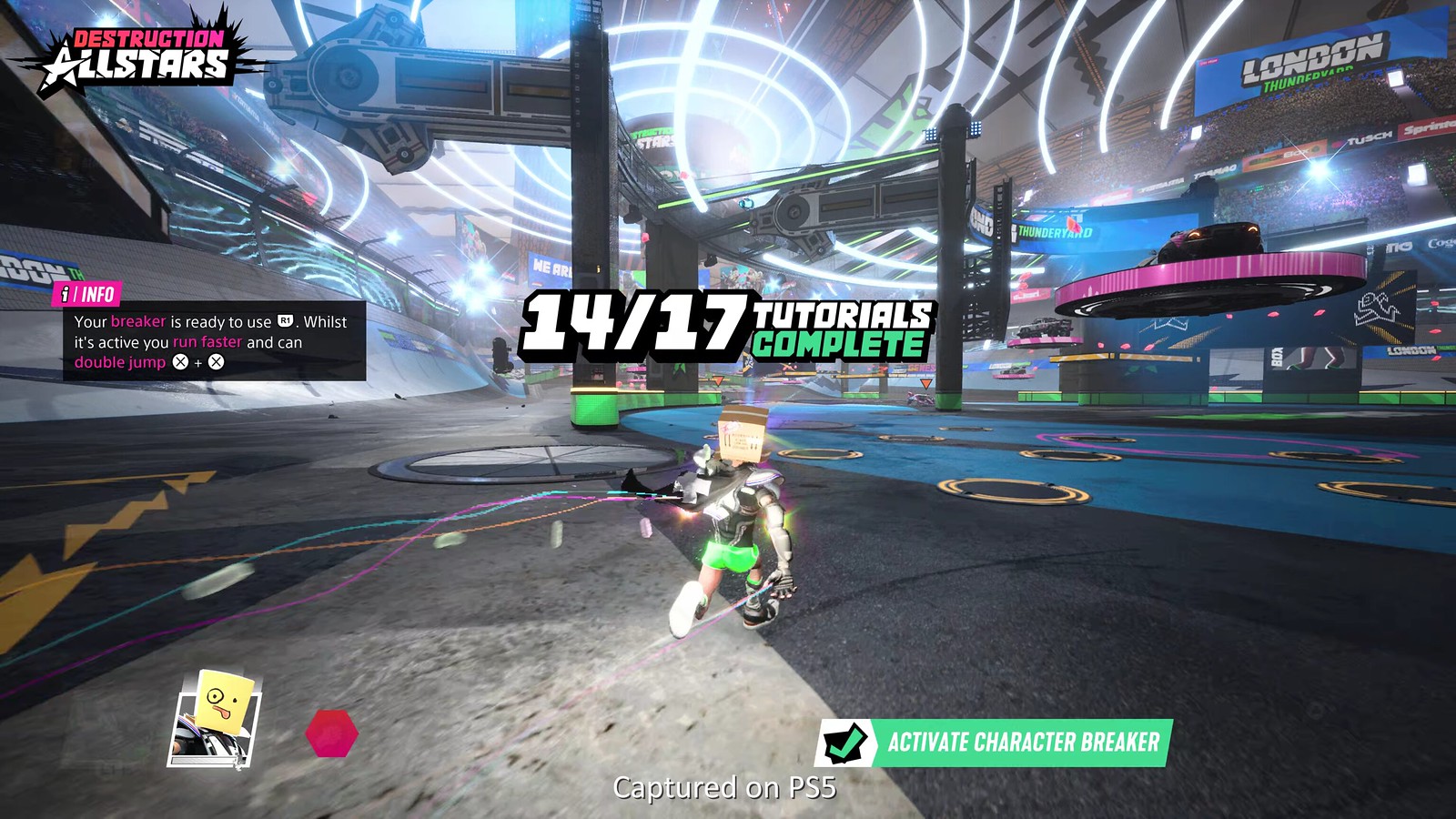 Play Genesis’ “One Small Step” challenge Series and unlock exclusive Character and Player Cosmetics through a curated series of challenging events against the AI. 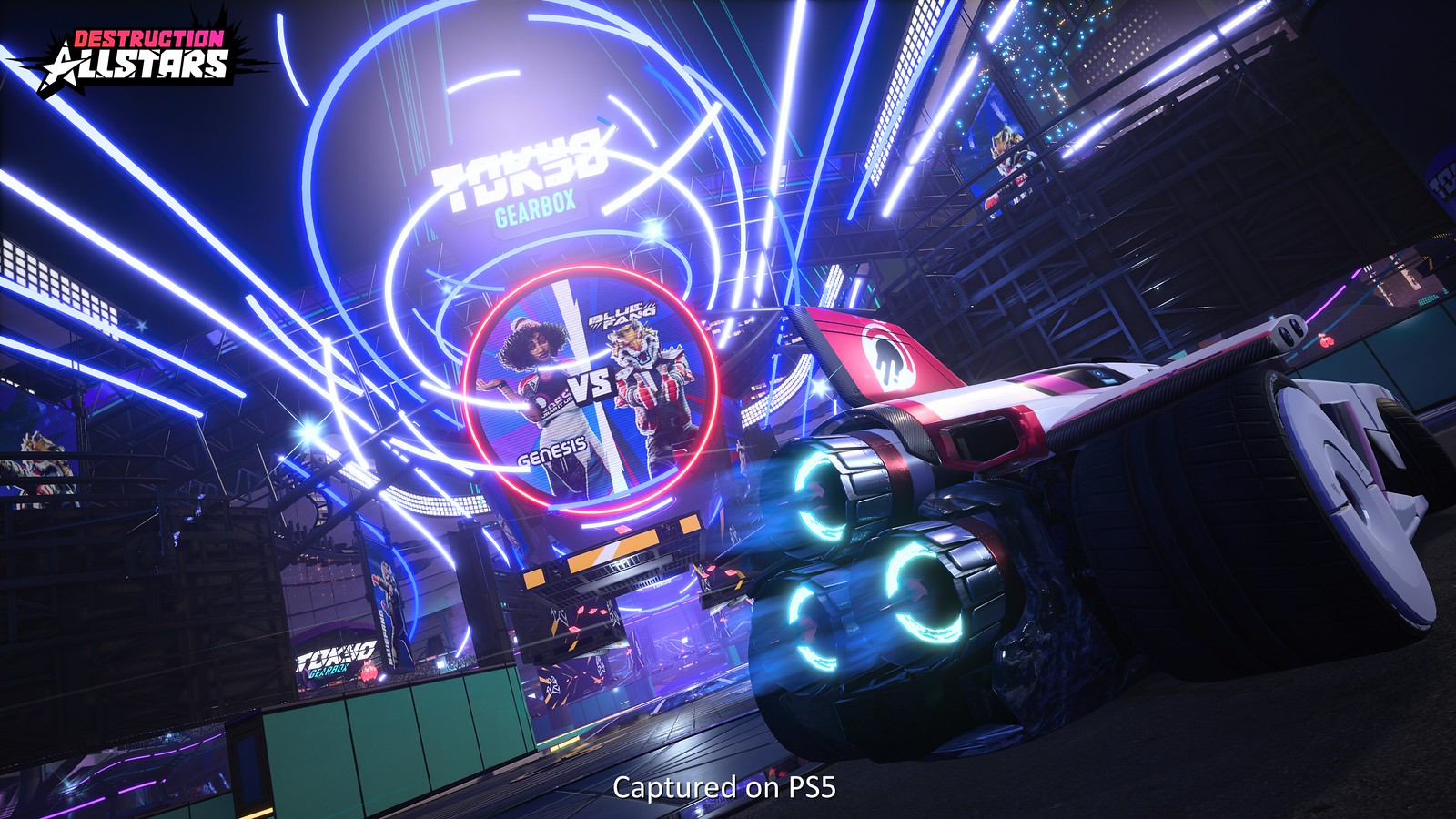 Access an expanding wardrobe of cosmetics for AllStars and your player profile. Unlock  items when playing the Challenge Series and level up in Multiplayer to earn AllStar Coins that you’re free to spend on the items you want. 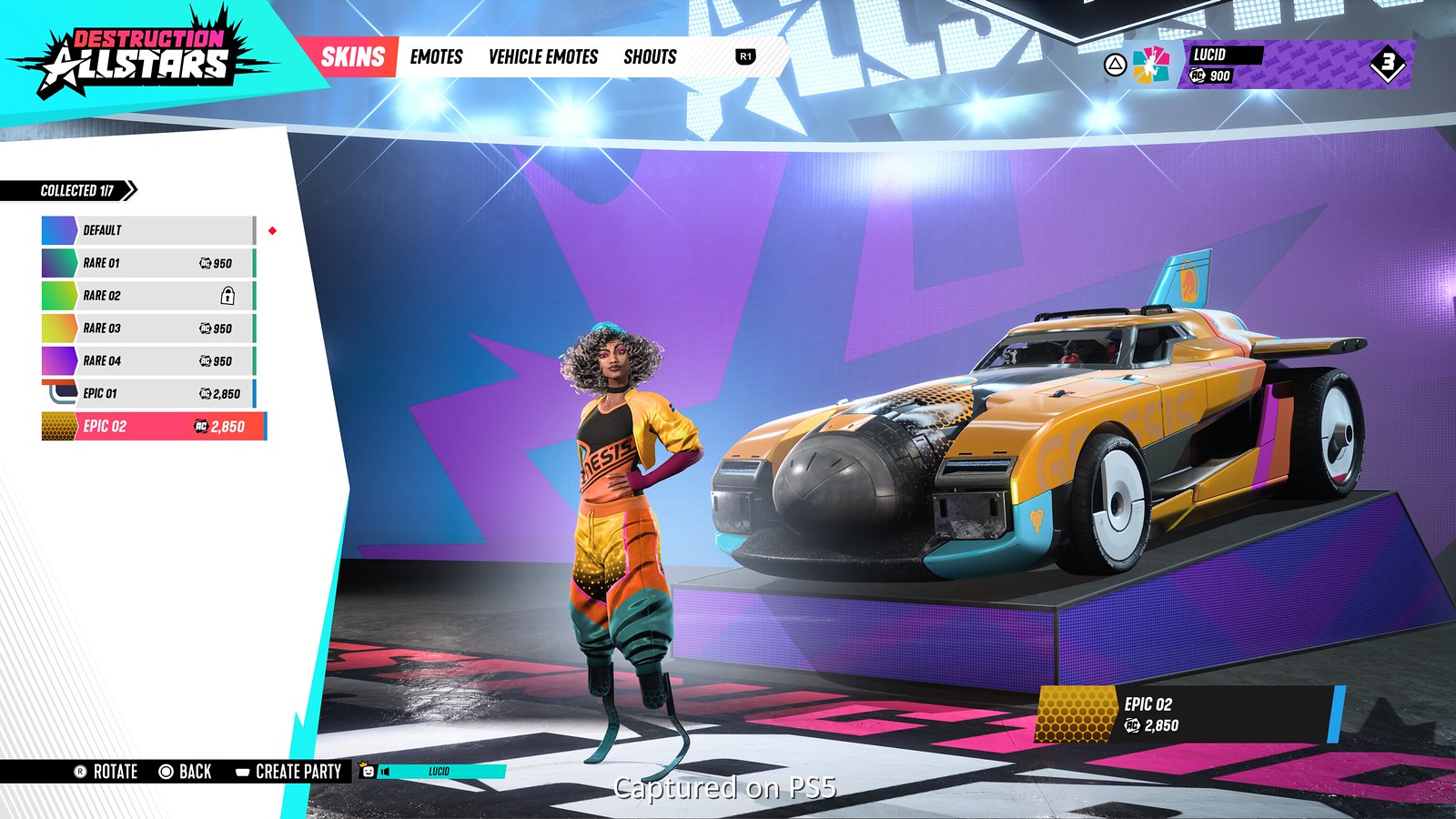 But it doesn’t stop there…

The team will be closely monitoring community discussion and engaging with players to integrate player feedback through regular updates. We’ll also expand Destruction AllStars through future content drops, including Seasons, events and updates throughout 2021, including new game modes. Expect:

The team will be back to tell you details more about our future seasons at a later date. Until then, stay tuned for more AllStar action!

*Access to game at launch only available with PlayStation Plus subscription (sold separately) for a limited time. Internet connection required.