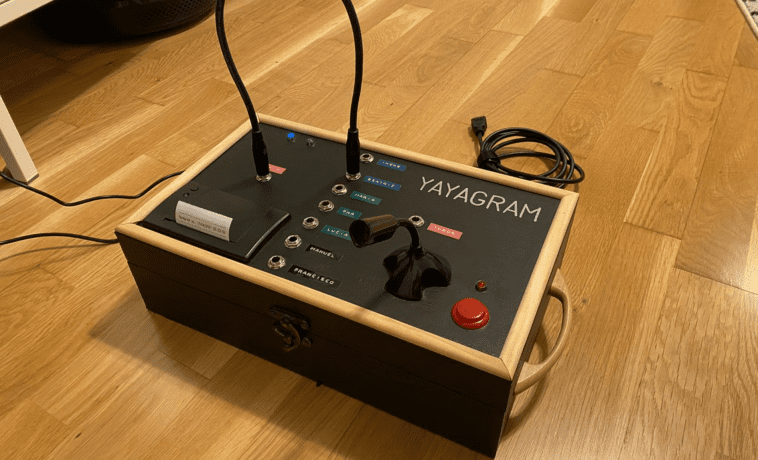 Maker Manu (@mrcatacroquer) is one inventive grandson, and he has warmed the cold hearts of Twitter with his Raspberry Pi-powered creation Yayagram. Manu’s mission was to help older family members keep in contact with their grandchildren.

It’s a portmanteau, a mashup between the words “Yaya” and “telegram.” Yaya means “Granny” in Castilian Spanish – it’s a warm and affectionate way to refer to your grandmother. And Manu’s project uses the Telegram messaging platform, so he added “gram” onto the end to make “Yayagram”.

What does it do?

Yayagram is no one-trick pony. It lets you communicate with your elders in two ways:

Manu’s Yaya has trouble hearing, so phone calls don’t really go well. Technology-wise, many older people rely on others to set up video calls, but Yayagram allows them to be more independent and start conversations on their own, whenever they like.

To send a new voice message, Manu’s Yaya chooses which grandchild she wants to contact and plugs in a jack connector next to their name. We love this retro element: this is the job that cable girls used to do at the big telephone exchanges.

Sending a voice message is a very simple, analogue experience. Press and hold the record button, talk into the microphone, then release the record button when you’re finished. Yayagram then automatically sends your voice message to your chosen recipient. Tech-savvy grandchildren get a receipt on their smart phone like in the image below, letting them know they have a Yayagram from their favourite grandparent.

Yayagram perfectly bridges the cross-generational technology divide by printing the text replies to voice messages on thermal paper. Grandparents can touch and read them, just like an old telegram.

We hereby anoint Manu ‘Most Creative Grandson’. Give him a follow on Twitter by way of a prize.