Hello everyone. This is Tetsuya Takahashi from Monolith Soft. Today I’d like to talk about what you’ll see in the Ver. 1.3.0 update for Xenoblade Chronicles 2 that will be released next week.

First up is the “New Game Plus” mode. This is more than just a way for people who have cleared the game to play through it a second time. You’ll find that we’ve added a few new features, as well.

The specific updates you’ll see are:

• The Blades from Torna (Obrona, Sever, Perdido, and Cressidus) can join the player’s party as Blades

• Akhos, Patroka, and Mikhail from Torna will also be able to join the player’s party as Blades 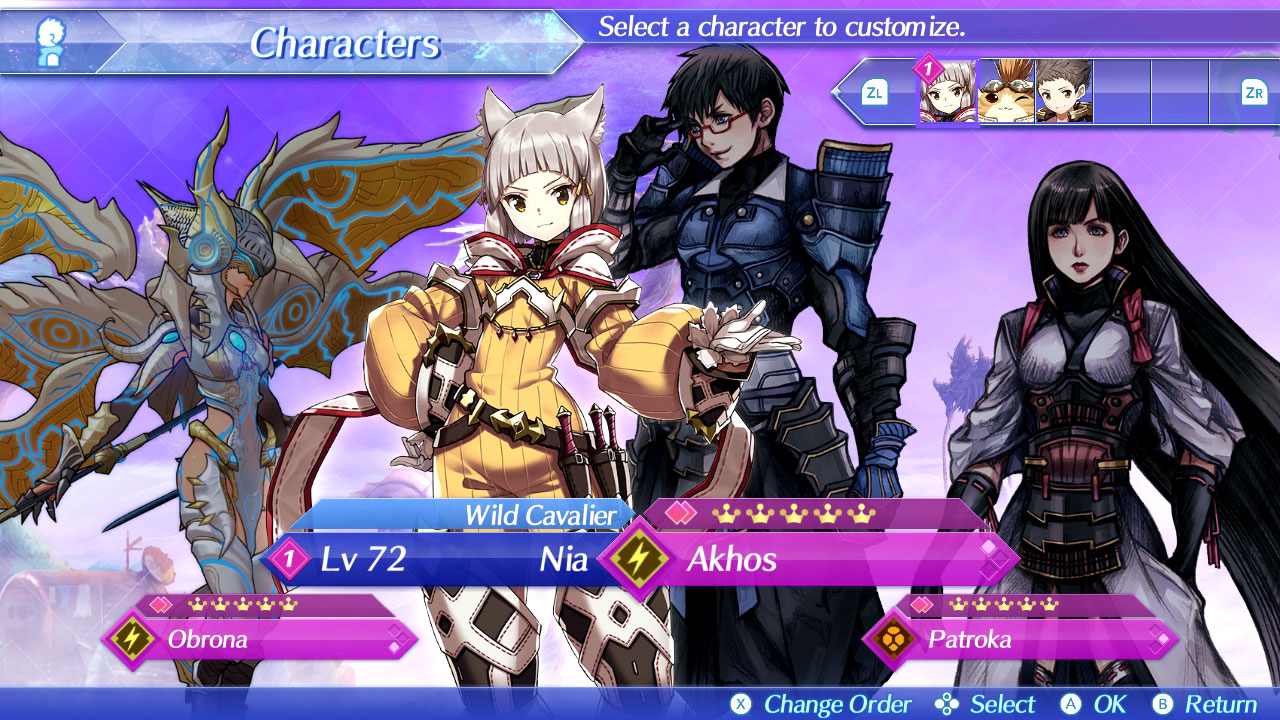 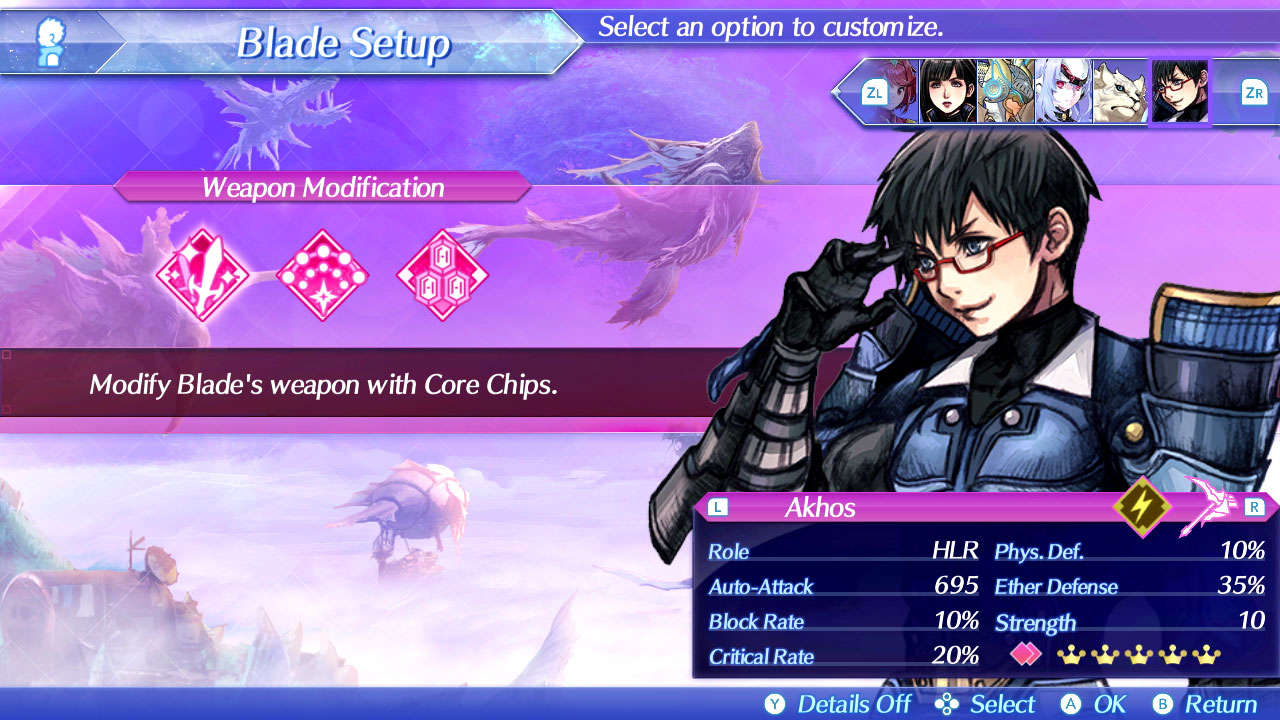 You can get them by resonating with Core Crystals (or they will join your party as you meet them in quests). As you might expect, you could potentially get them from a Common Core Crystal early in the game, which kind of wrecks the story, but our goal here is to prioritize making the game even more fun to play. I hope you can resonate with these Blades and enjoy having them in your party.

• All Blades can be dispatched on Merc Missions. This means that Blades like Pyra and Mythra that could not be disengaged from your party during an initial playthrough can now be dispatched. 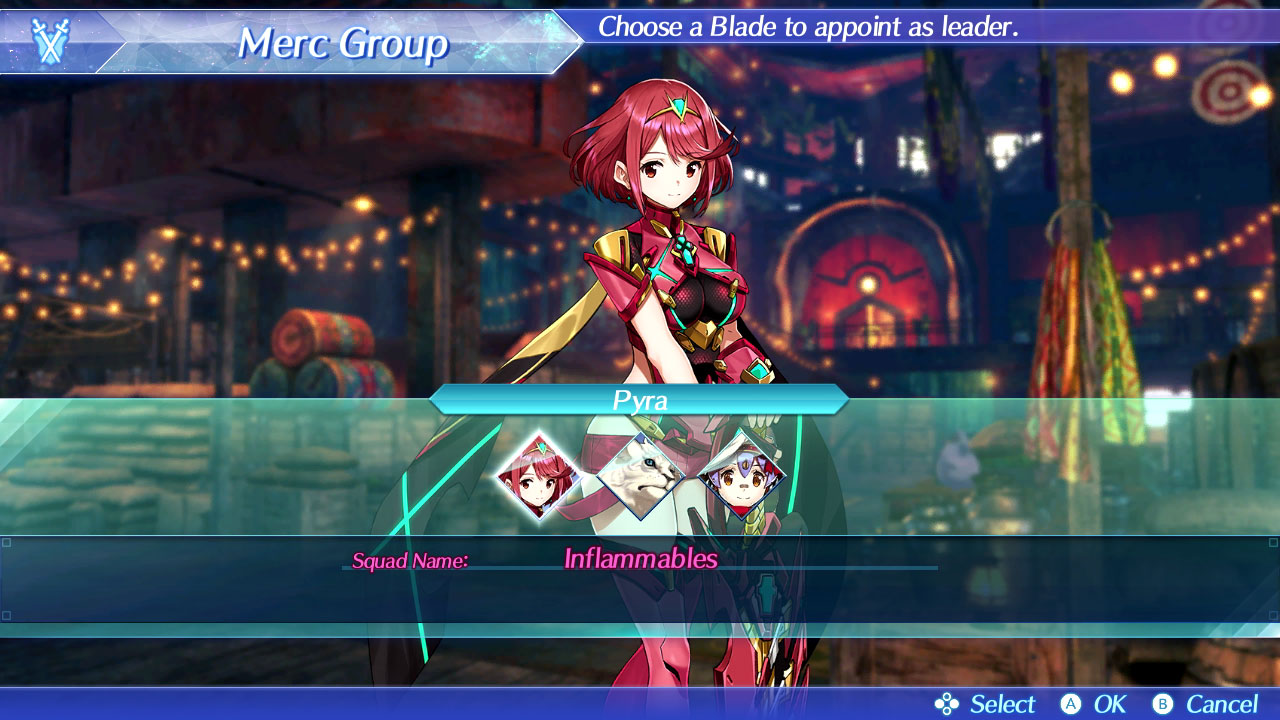 • We are adding further growth factors to unlock in the Drivers’ Affinity Charts. 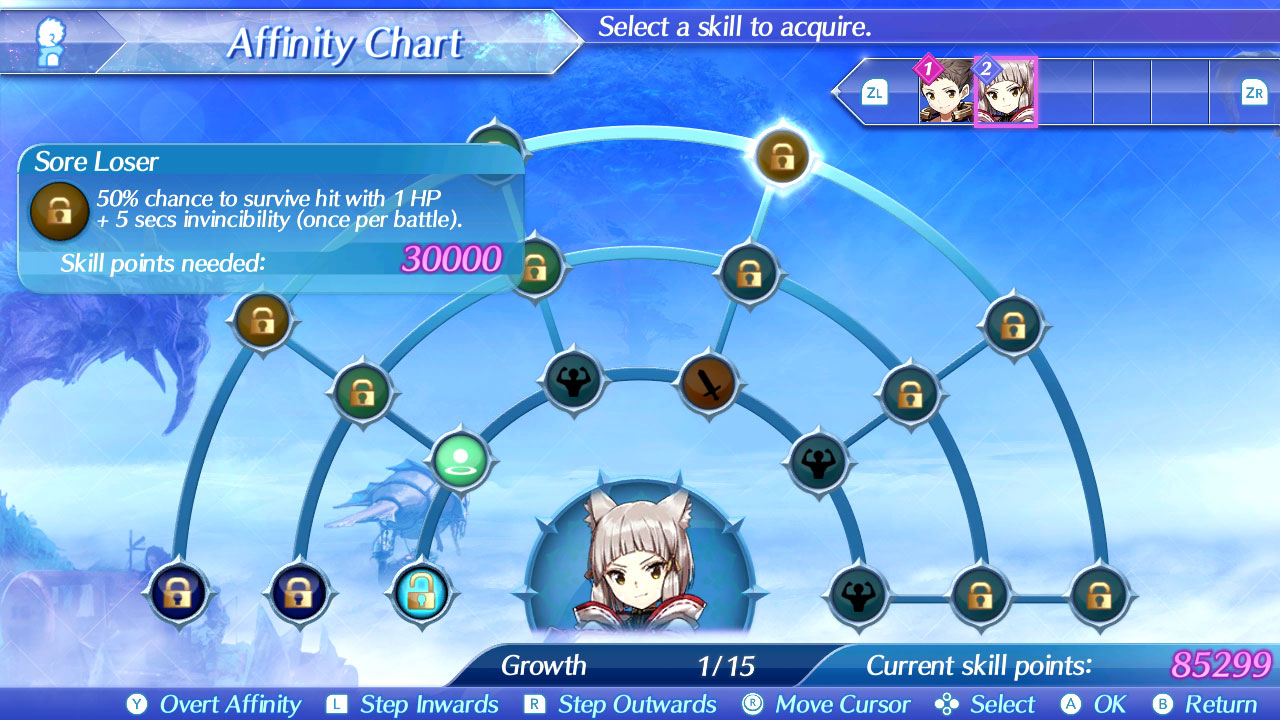 • You can now decrease your Drivers’ level at inns, and will likewise gain bonus experience according to their decreased level. You can exchange this bonus experience for special items, including an item that lets you increase the number of accessory slots available to a Driver. You can get these items by trading with the Traveling Bards who appear on each Titan. 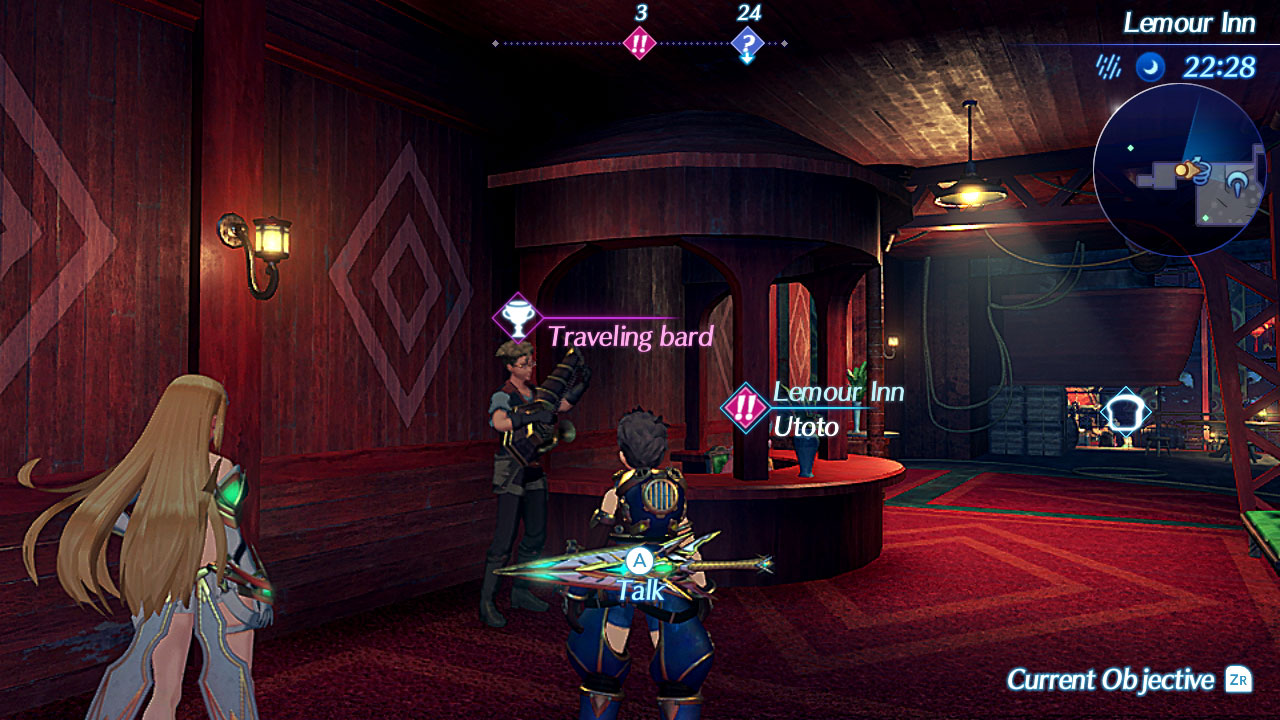 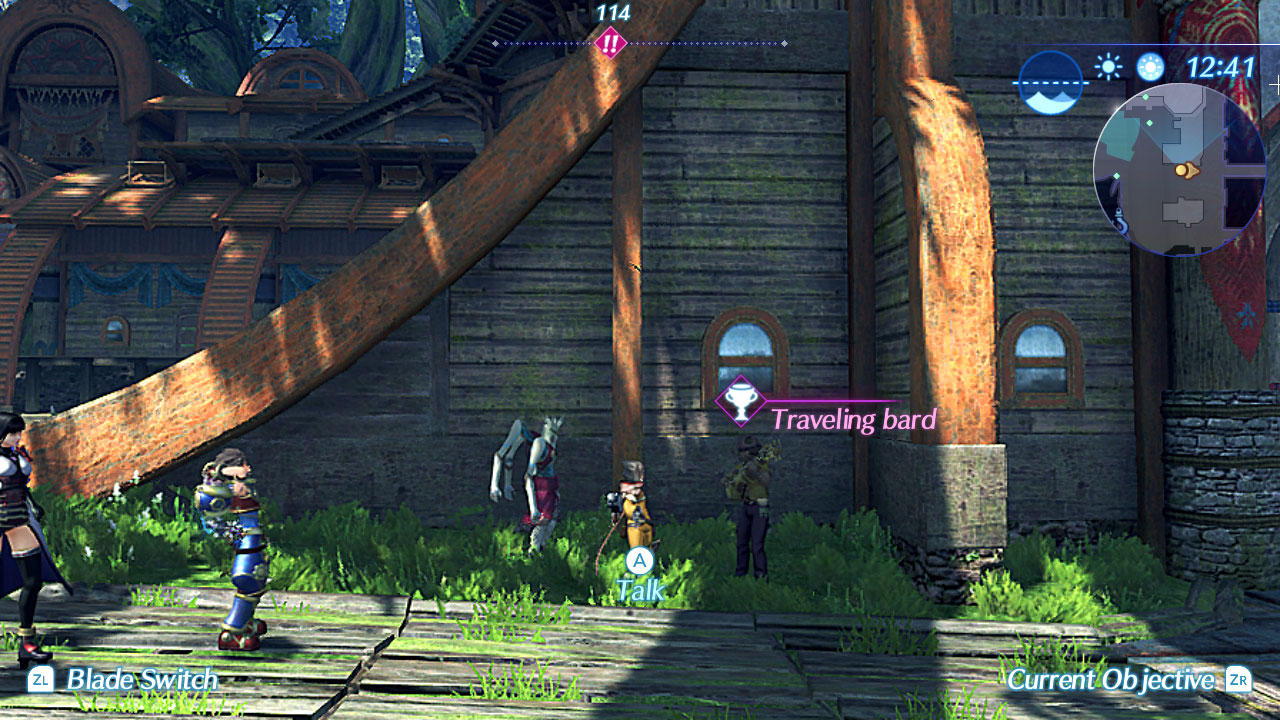 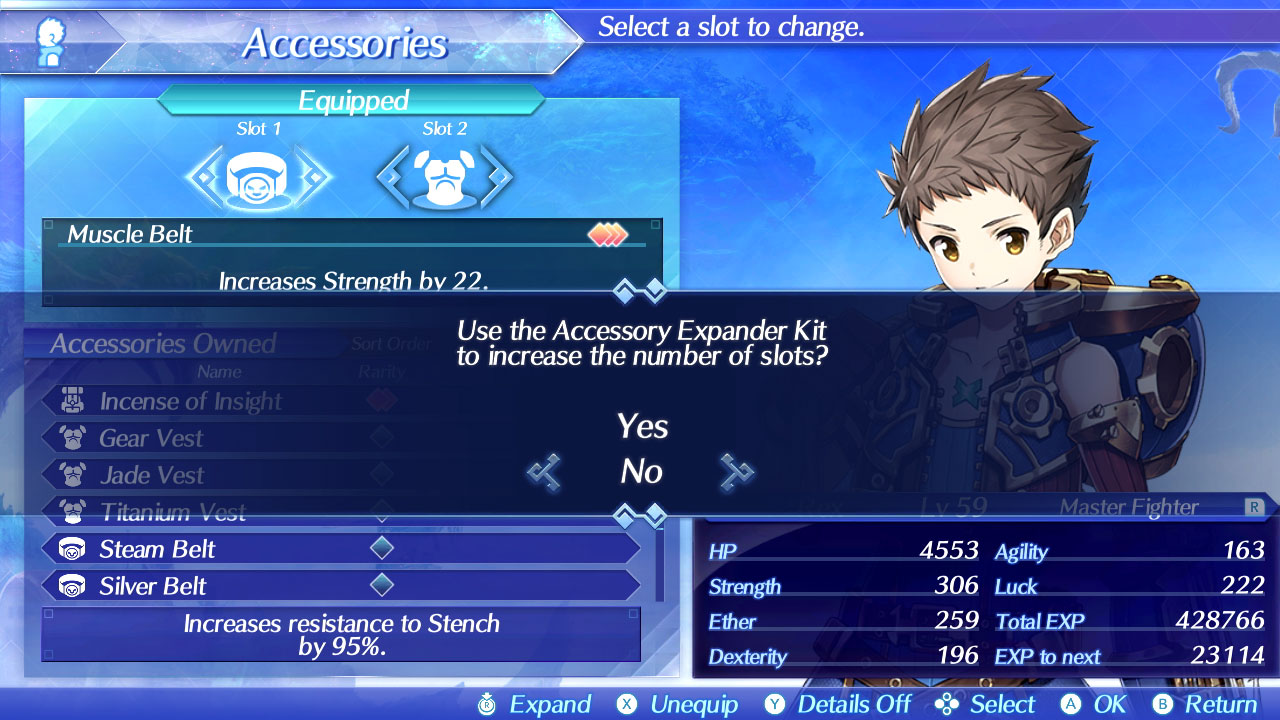 • The Level 4 Special of a certain Blade will be unlocked.

There are also five updates that will apply not only to the Advanced New Game Mode, but to your first playthrough, as well.

• A locking mechanism to lock certain Blades in your party. 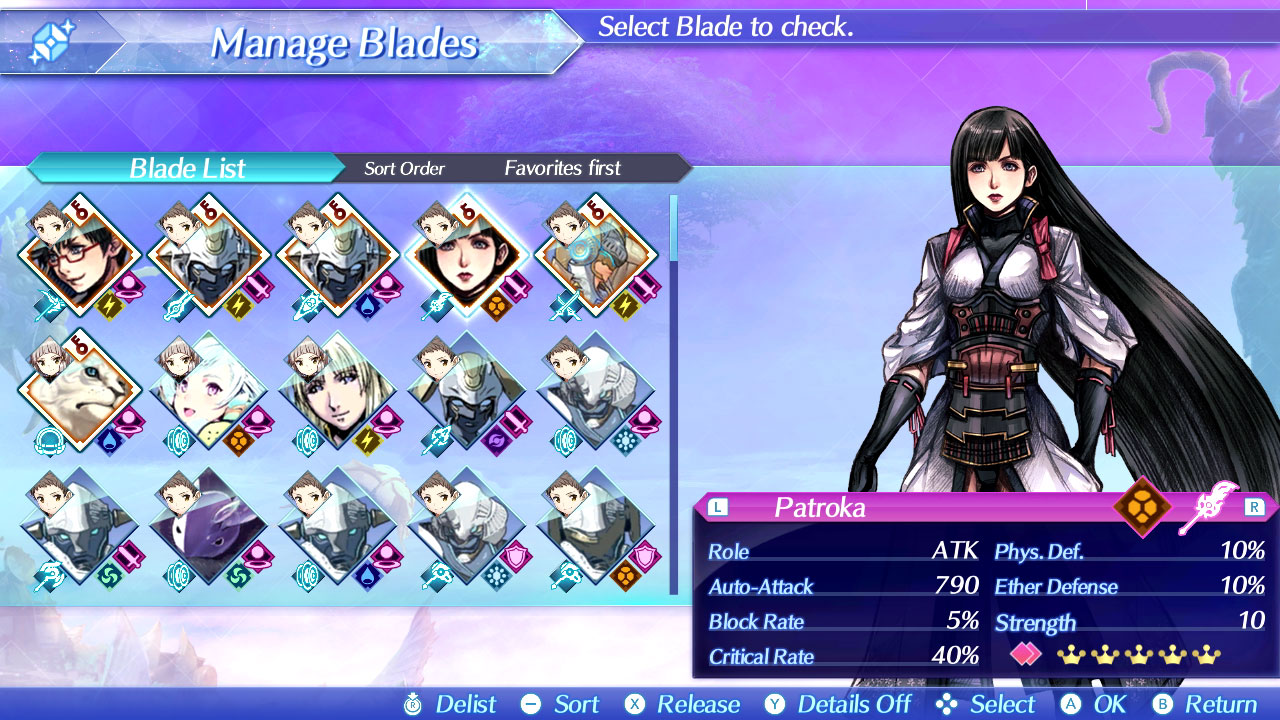 You can lock certain Blades from the menu so that they cannot be released, and to make them more visible. This feature will be useful in a variety of situations, such as if you get a 4-star Common Blade.

• The option to skip the Blade resonating scene.

• While expanded, the mini-map can display the same icons you have set up on the Skip Travel screen.

The following data will carry over to the New Game Plus mode from your clear save file.

There is one very important thing to note:

In order to play the New Game Plus mode, you must complete the original game, and you must have a save file from the save screen that appeared immediately after the ending.

Using the data you saved after the ending will allow you to keep playing. You will know that you can play the New Game Plus mode if you look at the title screen and see that Rex and the others look the way they did after the ending.

You probably already noticed this, but you’ll see a symbol on the save screen that indicates that you’ve completed the game. We’re thinking about giving a little gift to players who have this symbol at some point in the near future. Stay tuned!

Alongside the release of the Ver. 1.3.0 update, players who purchased the Expansion Pass will also receive their fourth set of useful items.

That’s all of the upgrades included in the Ver. 1.3.0 release.

We really wanted to release this earlier, but given that it’s a bit more than just a regular version update, we needed the extra time for all the debugging and other extra work. We will continue to have more version updates after March.

Also, everyone who purchased the Expansion Pass can look forward to a new Blade and a quest that comes with it, as well as some new battle content. We’ll provide another update via production notes after we’ve finalized the release schedule for these.

For now, thank you again for your ongoing support for Xenoblade Chronicles 2!

Language
Suggestive Themes
Use of Alcohol and Tobacco
Violence