If you follow Xbox Wire, you might have heard about our new dungeon-crawler RPG, Operencia: The Stolen Sun coming exclusively to Xbox — and yes, that includes Xbox Game Pass! It is my pleasure to tell you that you’ll be able to embark on your quest starting March 29.

Operencia will be present at GDC 2019, so keep an eye out between March 18-22 to read first impressions about the game from your favorite gaming outlets. Wait, what’s that? You’re more of a hands-on person? We’ve got you covered. Visit us at the Xbox booth at PAX East at the end of this month to try the game and maybe leave with some exclusive swag! You can also catch a live stream on Thursay, March 14 from 11am PST – 12pm PST on Mixer.com/Xbox and Twitch.tv/Xbox.

As we prepare for launch, we invite you to join Jóska, your completely honest — and in no way untrustworthy — new ally in our story trailer above. You have plenty of catching up to do, so let the scoundrel turned reluctant hero fill you in. 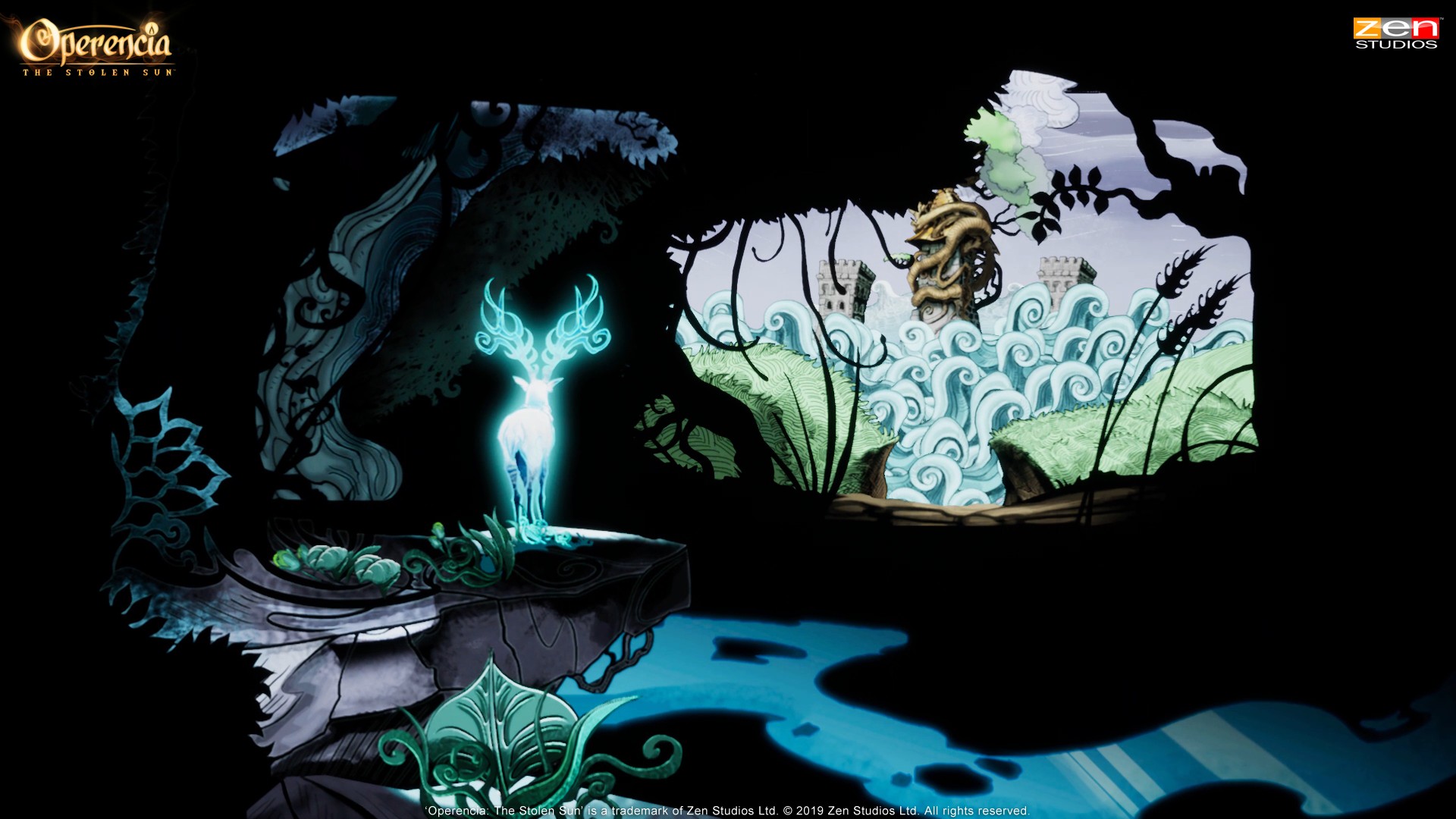 The Sun King of Operencia provided radiance and light for all the land for centuries — but he’s vanished! And with him, all hope for the future of humanity. It’s your job — dare we say destiny — to get him back before everything withers and the land succumbs to darkness. This journey will lead you through places right out of Central European legends, like cursed castles, deep dungeons, and even a glimmering copper forest, as you desperately pursue the crumbs that lead to the Sun King, Napkirály.

Okay, this might be too much to put only on your shoulders. Don’t worry — you won’t be alone. You already know Jóska, and plenty of companions will join you to share that burden. For example, Mezey, a young and idealistic — maybe a bit naive — knight with a sense of purpose and a need to prove himself. Or Sebastian, a veteran warrior willing to do anything for his beliefs — maybe a bit too much if you ask Jóska… You’ll meet others along the way, such as an actual star walking the world in human-like form, a stonemason plagued by the burdens of her past, or even a member of the last members of the táltos order, shamans and witch doctors to Hungarian tribes of old.

And of course, there’s you, the youngest child of a humble farmer, who left the homestead literally following your dreams. Care to lead the way?

Operencia: The Stolen Sun arrives March 29 on the Xbox One family of the devices, Xbox One X Enhanced and with Xbox Game Pass. Keep up with game at OperenciaRPG.com and follow @OperenciaRPG through Facebook, Twitter, and Instagram.

Operencia: The Stolen Sun comes to Xbox One on March 29, enhanced for Xbox One X, and with Xbox Game Pass. You can pre-order today on the Microsoft Store today. Click here for additional details.

Related:
Roll the Dice on the ID@Xbox Strategy and RPG Sale
This Week on Xbox: March 8, 2019
Inside Xbox One X Enhanced: Tom Clancy’s The Division 2