In April, hockey fans (such as myself) would typically be cheering on our favourite NHL team as they head into the Stanley Cup playoffs. Personally, I’ve been waiting 53 years for Toronto to sip from the Cup… However, with the suspended NHL season, we’re all craving that breakaway excitement.

For those missing their favourite teams, we’re excited to announce that Xbox Canada has partnered with EA Sports and Northern Arena to bring hockey back to your living room with the Northern Arena EA Sports NHL 20 Cup. This month-long tournament will feature the top NHL 20 pros representing all 31 NHL teams for the chance to win a $5,000 (CAD) cash prize.

An all-star broadcast team featuring Arda Ocal, Nicco Cardarelli, Luca Rosano, and Michael Viens will call the game, with esports athletes such as JohnWayne (Washington Capitals), Nuge (Boston Bruins), and Bonesondemand (Toronto Maple Leafs) battling it out every Thursday, Friday, and Saturday to determine who will hoist the NA EA NHL 20 Cup.

Tune in to catch the playoffs live on Xbox Canada’s Mixer channel, GinxTV, and Northern Arena Twitch channels from 6 p.m. EST on Wednesday, April 29 and Thursday, April 30. For full standings and the most up to date leaderboard, check out NANHL20Cup.com and follow Xbox Canada on Twitter. 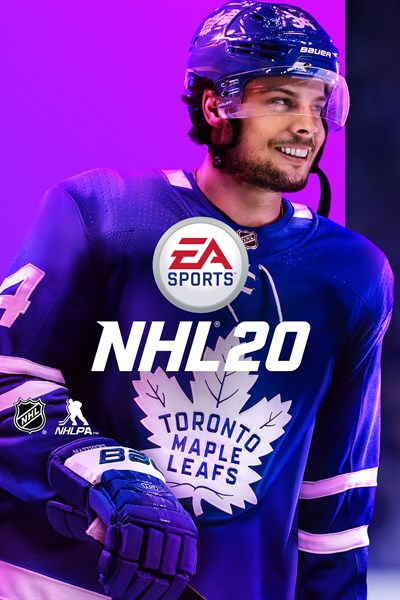 ☆☆☆☆☆ 215
★★★★★
$59.99
Get it now
Xbox One X Enhanced
Free Trial
NHL® 20 introduces cutting-edge gameplay innovation to showcase your skills, more customization to unlock your style, and new modes to compete with friends. RPM Tech-powered gameplay introduces Signature Shots that replicate your favorite NHL players’ real-world shot styles. Over 45 new shot animations make every attack a threat, and new passing and puck pick-ups create faster, fluid gameplay executed at full speed. A revamped broadcast package delivers all-new visuals and commentary. Combined with over 1,100 new customization items for your club and character, your biggest goals look incredible during the action and in the highlight reel. Finally, NHL 20 adds three new game modes. HUT Squad Battles features weekly teams, built by athletes and artists, to challenge for unique rewards. The fan-favorite ONES can now be played with friends on the couch, and the all-new Eliminator mode in World of CHEL introduces winner-take-all competition where you and your friends compete to be the best in the barn. CONDITIONS AND RESTRICTIONS APPLY. SEE https://www.ea.com/legal FOR DETAILS. NHL, the NHL Shield and the word mark and image of the Stanley Cup are registered trademarks of the National Hockey League. NHL and NHL team marks are the property of the NHL and its teams. © NHL 2019. All Rights Reserved. Officially Licensed Product of the National Hockey League.