Imagine waking up early in the morning with the sound of birds chirping outside. You approach your gaming setup with energy drinks meticulously placed in a perfect line and enough snacks for a whole day scattered across your desk. You sit down, take a deep breath, and silently think to yourself, “I hope I don’t have to run to the bathroom,” because you are about to take part in a 24-hour charity livestream.

Over the last six years, Bowski477, an Xbox Ambassador and Xbox MVP, has done just that. While conquering games and encouraging others, she has been making a difference hosting charity streams through Extra Life, a 24-hour, livestream charity marathon. Extra Life has raised more than $40 million for hospitals treating children across the U.S. and Canada.

As an Xbox Ambassador and MVP, charity streaming made sense to Bowski477.

“Prior to joining Extra Life, I would just sit back, watch others charity stream, and donate. But eventually I felt like I was ready to do more,” so she did.

With the support of her Xbox Ambassador and MVP family, she went all-in.

“I had the support of a lot of my friends in the Ambassador and MVP programs, many who also do charity streams,” said Bowski477. “Having that kind of support is awesome.” Now, every year Bowski477 dedicates one full day to raising funds for hospitals treating children. 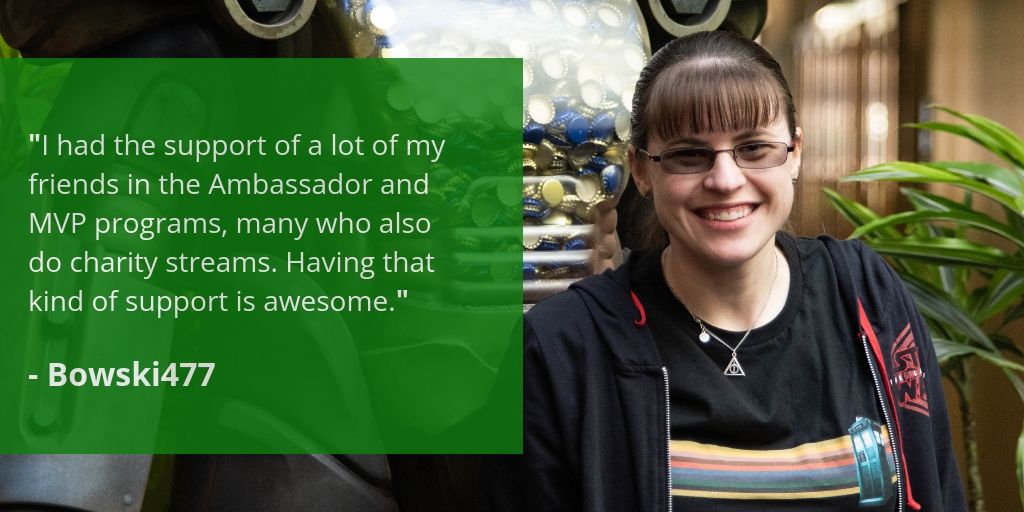 Bowski477, along with nearly 200,000 others, are Xbox Ambassadors who are passionate gamers driven to spread positivity, share knowledge and create a space where everyone can have fun. Xbox Ambassadors participate in many activities, including charity streams, to make our communities better for everyone. Like all Ambassadors, Bowski477 strives to help fellow gamers.

“I think my motivation to get more involved in helping others comes from my upbringing,” Bowski477 explains. “My parents taught me from a young age that helping others is a good feeling. I like to ride that feeling wherever I can. So, getting involved in programs, like Xbox Ambassadors, that helps others within the gaming community was a perfect fit for me.” 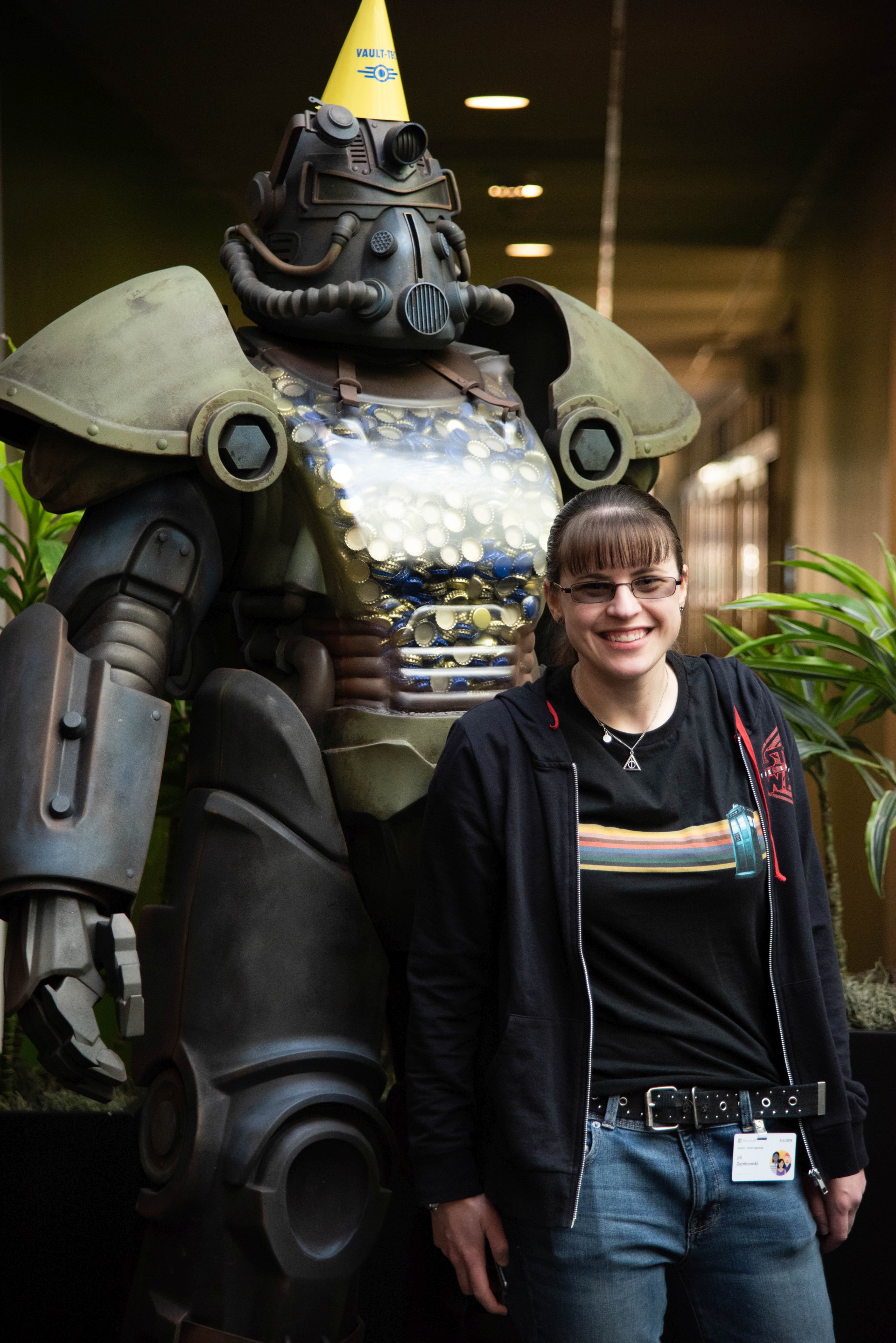 From the Xbox Ambassadors Program and Beyond!

By 2015, Bowski477 had become an Xbox MVP and was involved with the Xbox Playdates United States team. The playdates mission is simple: get groups of people together to play games once a week. Since that day, she along with other gamers, play every Tuesday at 9 pm ET and Saturday at 8 pm ET.

“My favorite thing about playdates are the friendships I’ve made from it. Even when we have a low turnout night, we still have a good time,” says Bowski477.

Nine years later, she is not only an Xbox Playdates team member, but a well-trusted and respected Alpha Ambassador and moderator in the Xbox Ambassadors program. Bowski477 is a community leader that has demonstrated exemplary commitment to helping others. She shares her passion, knowledge, and expertise with the Xbox community. Because of her contributions to the gaming world, she received the Xbox MVP award.

From charity streaming, to receiving the MVP award, becoming a trusted Alpha Ambassador and moderator, to joining the Xbox Playdates US team, Bowski477 not only goes above and beyond to make the gaming community fun for everyone, but she unequivocally demonstrates what it means to be an Xbox Ambassador: impact makers, content creators, inclusive gamers, and passionate Xbox fans. They are real gamers in the Xbox community and through their love for Xbox, they want to make the gaming community better for everyone.

Connect with Someone New

The Xbox Ambassador program encourages you to connect with someone new on Xbox Live, say hi, join a game, or help someone. Whatever you want to do to make our community a fun and safe place to play, we encourage you to do it.

The Xbox Ambassadors community is filled with positive and welcoming gamers just like Bowski477. Want to make your own impact on Xbox? Become an Xbox Ambassador.

Thank you for reading this gamer spotlight and we look forward to sharing more incredible stories with the Xbox Wire readers.