If you ever wanted to see what it’s like to fire a cargo truck out of a giant cannon, smash an armored tank into smithereens, or watch with glee as your favorite sports car explodes into tiny little pieces, Car Crushers 2 is the ultimate vehicular smash ‘em up for you. Now you can experience Car Crushers 2’s over-the-top, metal-mangling mayhem on Roblox for Xbox One!

Developed by 18-year-old Swedish developer Panwellz, Car Crushers 2 has everything you could ask for in a sequel: an expansive roster of vehicles, over 40 different crushers, a huge world to drive around in and perform crazy cool stunts with friends, demolition derbies, and more still to come. It’s a bigger game in every way, and it’s exciting to see it finally come to life on Xbox.

“I have always loved the satisfaction of destroying stuff, and I just really liked this concept [of crushing different vehicles],” said Panwellz. “I’ve since expanded on that formula with new gameplay elements and content in my most recent release, Car Crushers 2.”

Every kind of vehicle you can possibly imagine is represented in all its glory, with slick, arcade-style handling and customizable paint jobs to boot. You start out with a few small sedans and some simple crushers, but soon enough, you’ll be raking in the cash and accumulating huge stockpiles of scrap metal to unlock even more creative ways to obliterate your automobiles.

Cruising around the island with your friends is plenty of fun, but the real enjoyment is in seeing cars of all shapes and sizes getting sliced in half, submerged in a pit of acid, frozen, or pulverized beyond recognition. There’s a level of authenticity to the damage, so it’s always satisfying to watch as parts get torn off or shredded every which way. Sure, you can respawn a new vehicle anytime you want, but it’s hilarious to see when someone is still driving around in a car whose chassis has been ripped apart and whose last remaining tires are barely hanging on.

And just when you thought the game couldn’t ramp up the destruction any further, Car Crushers 2 also includes a hectic, no-holds-barred demolition derby PvP mode. Join up with your Roblox friends on Xbox Live to rack up some damage and demolish the competition!

If you’re just joining the Car Crushers 2 community for the first time, here’s a tip from Panwellz:

“Car Crushers 2 has this feature where you can self-destruct the main building’s energy core and cause a huge nuclear explosion that blows up the entire game. When this happens, everyone gets around a minute to find an escape helicopter that will take you to safety and reward a large survival bonus. This catches many new players by surprise, so if you encounter this, my tip is to look closely at the information dialog that appears at the bottom of the screen. This will tell you where the escape helicopter has landed. After that, take your fastest car, drive to the escape location, and look for a tall white beam in the sky which marks where the helicopter is.”

Car Crushers 2 is now available for free on Roblox for Xbox One in a variety of languages, including English, Spanish, German, French, Korean, Chinese (Simplified + Traditional), and Japanese. Go behind the wheel and get ready to shred some metal with your friends today.

Roblox is a free to play title that you can download today from the Microsoft Store on Xbox One.

Related:
The Jurassic World Evolution: Herbivore Dinosaur Pack out Now on Xbox One
Inside Xbox One X Enhanced: Gears 5
Gears 5 breaks records as biggest launch for any Xbox Game Studios game this generation 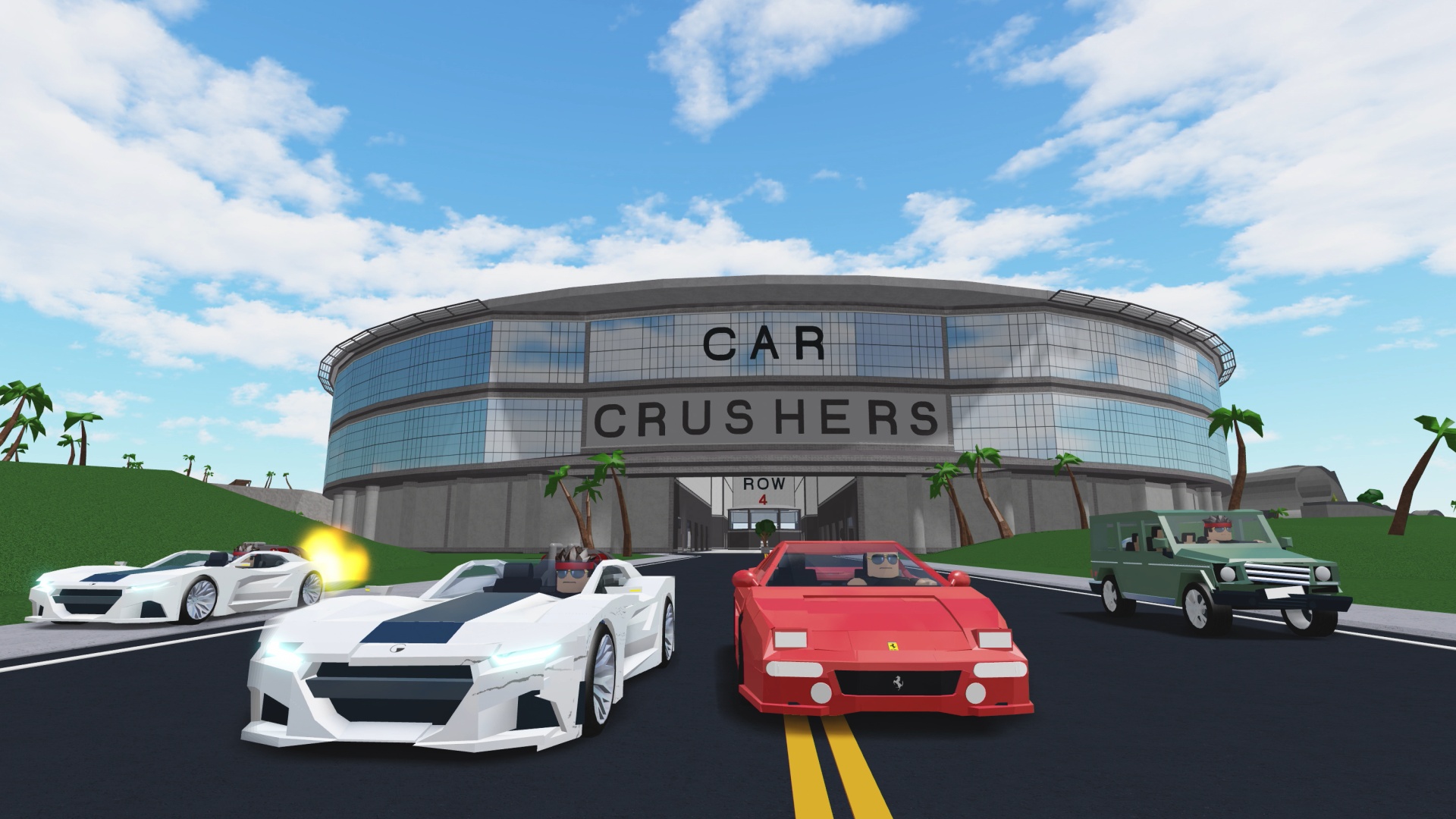