The Wasteland 3 team here at inXile is excited to release our first narrative expansion: The Battle of Steeltown! The manufacturing complex of Steeltown has come to a grinding halt, and the Rangers need to get its gears turning again—but that’s not going to happen without a fight. Wasteland 3’s tactical turn-based combat is leveled up in Steeltown, with new combat mechanics that will challenge even the most seasoned Ranger, as well as the ability to play pacifist and go the non-lethal route with new disruptor weapons. Your choices in Steeltown matter, and how you talk and fight your way through will have far-reaching consequences throughout Colorado.

In addition to The Battle of Steeltown, we’ve also just released Patch 1.4.0 Appetite for Construction, a free update which adds Crating and a new animal Kennel to the base game. These are in addition to permadeath, difficult skill checks, and the dozens of features and improvements and hundreds of tweaks and fixes we’ve added to the game since launch.

Thank you to our community for their continued support; we’re looking forward to seeing your choices in Steeltown as you attempt to solve the factory’s problems like only the Rangers can.

We’ll see you in Colorado. 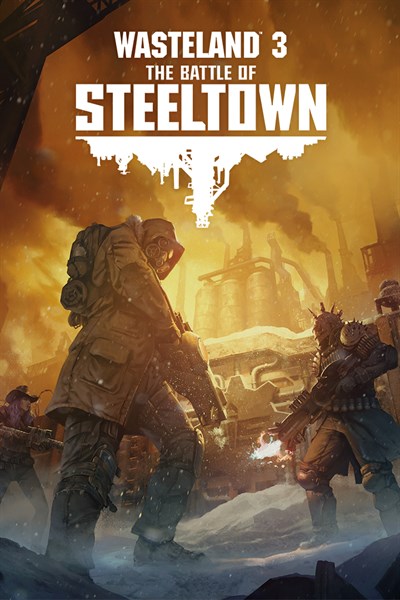 Wasteland 3: The Battle of Steeltown

☆☆☆☆☆
★★★★★
$13.99
Get it now
The towering factory complex of Steeltown manufactures all the tech that keeps Colorado running and the Patriarch in power—trucks, armor, weapons, and robots. But deliveries from Steeltown have stopped cold, and all the Patriarch is getting from Abigail Markham—Steeltown's leader—are excuses. When he sends the Rangers to investigate, they find the place is a powder keg with the fuse already lit. The workers are striking, bandits raid with impunity, and nobody is allowed through the gates, not even on the business of the Patriarch. Without help, Steeltown could crash and burn for good, and take Markham with it—but maybe that's just what it needs. The Rangers will have to decide that for themselves. Traverse the Steeltown manufacturing complex alone or in co-op in this epic narrative expansion. Take on challenging new quests, face off against new robotic enemies, and solve the mystery at the heart of Steeltown however you see fit. Tactical combat is taken to new heights with new mechanics like devastating telegraphed attacks, stacking status effects, elemental shields, and non-lethal weapons—letting you solve Steeltown’s skirmishes in brand new ways. Combat and gear scaling means that both new and returning players can enter Steeltown during their playthroughs for a level-appropriate challenge, with a story and cast of characters that adapt to the decisions you’ve already made. The Battle of Steeltown expands the base game with new enemies, weapons, armor, and world map encounters. Music Supervisor Mary Ramos and Composer Mark Morgan return with original scores and new post-apocalyptic inspired covers. 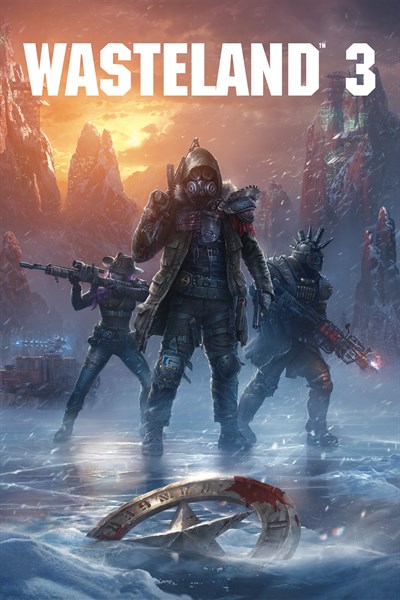 ☆☆☆☆☆ 196
★★★★★
$59.99
Get it now
Xbox Game Pass
In Wasteland 3 the fate of Arizona depends on the fate of Colorado. You’re a Desert Ranger, fighting a losing battle to keep your beloved Arizona alive, when the self-proclaimed Patriarch of Colorado radios, promising aid if you’ll do a job he can only entrust to an outsider—rescue his land from the ambitions of his three bloodthirsty children. Wasteland 3 is a post-apocalyptic RPG from inXile entertainment, featuring challenging tactical combat, hours of exploration, and a deep, reactive story full of twists, turns, and brutal ethical decisions. Play in single-player or co-op as you customize your squad with perks and abilities geared to your playstyle, and customize your vehicle—the Kodiak—turning it into a hardened war beast. Saving Colorado isn't going to be easy, but Arizona is counting on you, so… don't screw it up.