We’d like to introduce you to a card-driven, turn-based tactical game that features RPG elements set in the Warhammer 40,000 universe!

Warhammer 40,000: Space Wolf offers you to become a part of the wildest and fierce Space Wolves squad! They are fearless, and their blood is filled with animal rage. Your Great Company’s Strike Cruiser fell into a trap set by Chaos Space Marines of the Word Bearers legion, causing you to make a forced landing on Kanak, a volcano-wracked feral world inhabited by tribes of ruthless barbarians. Only the worthy warriors will be able to survive and emerge victorious!

Tips From the Developers

Take heed of these words of wisdom! One who yearns to become a warrior second to none and prove one’s courage and loyalty to the Emperor is bound to make good use of this knowledge!

For Russ and the Allfather! 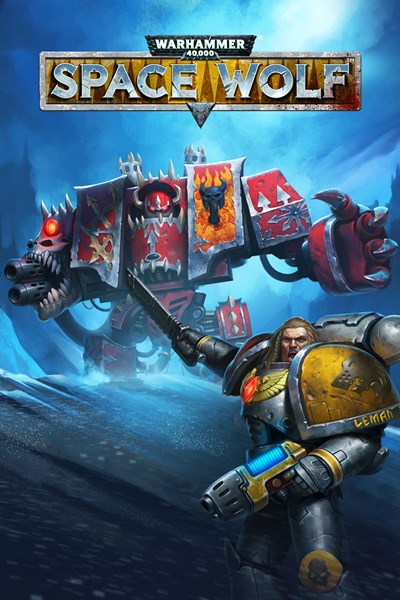 ☆☆☆☆☆ 9
★★★★★
$17.99
Get it now
Warhammer 40,000: Space Wolf is a turn-based tactical strategy in which you have to take command of the Space Wolves and join the battle against the wicked servants of Chaos and the sinister Necrons. Game features: – An epic story campaign, a unique survival mode – A system for levelling and tuning the squad – Different classes of armour and a huge number of weapons

Related:
Save the World Together in Operation: Tango, Available Now for Xbox One and Xbox Series X|S
Crash Drive 3 Launches July 8
The Dungeon of Naheulbeuk: The Amulet of Chaos is Now Available on Xbox One