I will still never forget the moment we debuted the Plains of Eidolon at TennoCon 2017. This was something that we had miraculously managed to keep hidden for months, something that didn’t once slip out of our mouths on the many livestreams before the big reveal. Rebecca Ford, our Live Ops & Community Director, and I nervously played the demo live for thousands of Tenno in utter disbelief that what they were watching was actually Warframe. It’s indescribable how truly excited, nervous, and proud I was of our dev team at that moment.

With the big reveal over and our small city of London returning back to normal, we knew it was up to us to deliver this mammoth of an Update. The months that followed were driven by a palpable and fervent energy in the office. Everyone was fueled with ambition to deliver what our Community was expecting, and what we were striving to accomplish. 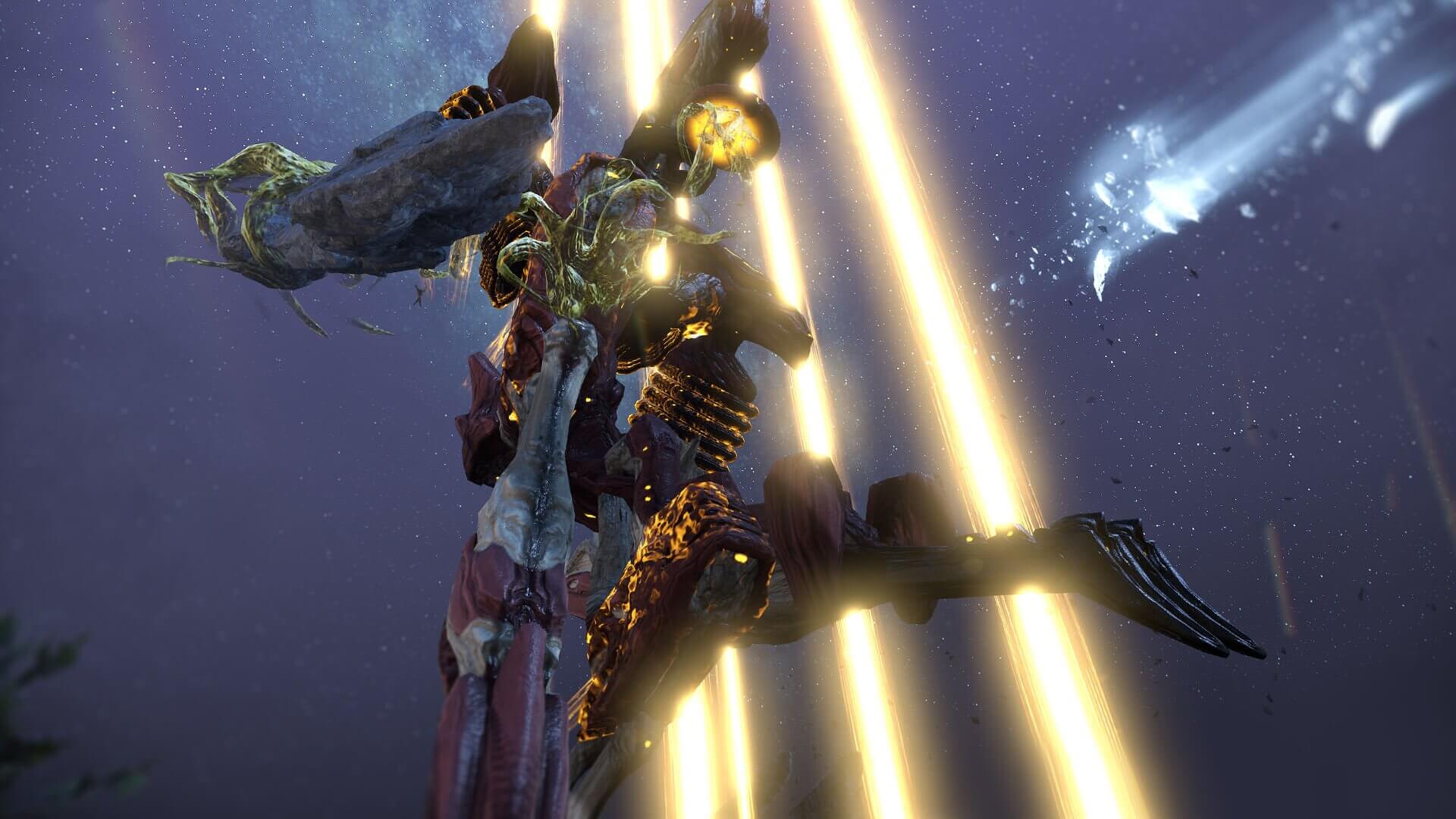 With the launch of Plains of Eidolon now behind us, the desire to go even bigger, be more creative, and explore unparalleled concepts have brought forth a plethora of exciting Warframe content. We’ve launched Operation: Plague Star, Ghoul Purge Bounties, numerous Warframe deluxe collections, a handful of weapons and cosmetics, and now, we’ve delivered Shrine of the Eidolon on Xbox One, an update that shakes the terrain of the Plains with the threatening screeches of the Gantulyst and Hydrolyst, and opens the sky to 360 degree combat with the flyable, gun-wielding Dargyn!

The introduction of the both the Gantulyst, an enormous, more brutish opponent than the first Teralyst, and the Hydrolyst, a spectral mammoth that summons chaotic and devastating storms, is our way of pushing the boundaries and bringing our incredible community the challenge it craves. I often ask myself as I’m vigorously chasing down a Teralyst, “Why am I killing this creature? Is it just trying to find its other arm?” But alas, the rewarding thrill of the hunt is what drives me to roam free at night in search of its distant cries. 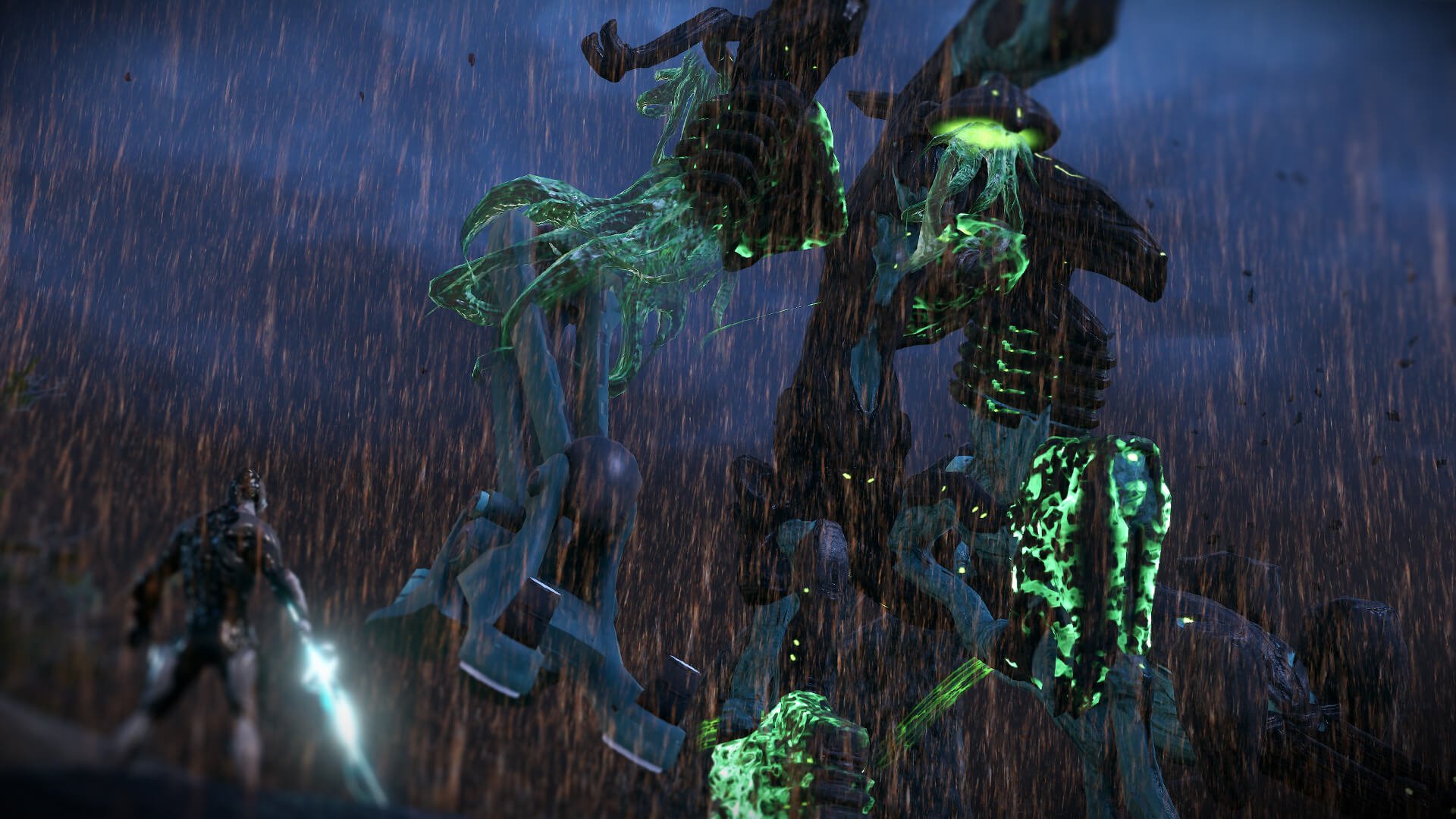 With this new Update, Shrine of the Eidolon, players who loved the first Teralyst hunt have found a new challenge that pushes them to coordinate, strategize, and communicate, all in real time, to defeat these monumental threats. The reactions have been amazing so far, and I can’t wait to experience it with you online and on every Monday’s Xbox One @ 1 playstreams!

Related:
New Operators and New Co-op Event Available Now for Rainbow Six Siege
The Story of I in Switch – Or Die Trying on Xbox One
Xbox Exclusive State of Decay 2 Releasing May 22 – Pre-orders Start Today