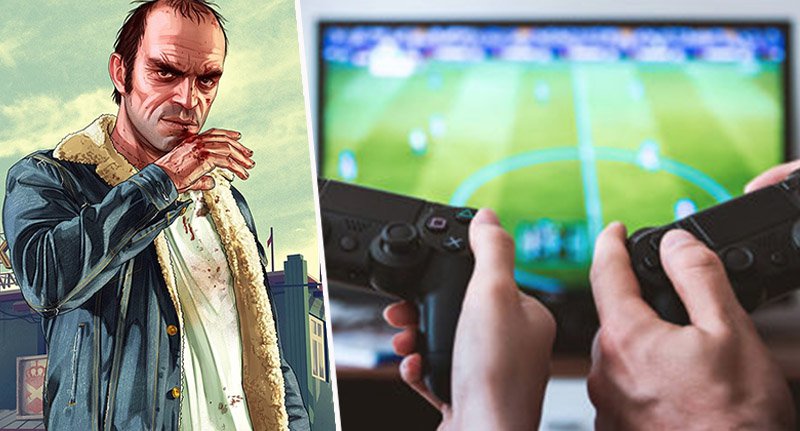 We all know someone who could afford to spend a little less time playing video games. Whether it’s friends not wanting to hang out because they’ve just downloaded a new game, or you yourself spending hours repeating the same level until you finally complete it, video games can often be hard to put down. For some players though, it’s more extreme than simply being reluctant to stop playing.

Some gamers find themselves particularly drawn to video games, wanting to do nothing but play, and even possibly giving up basic needs to ensure they don’t have to put down the controller.

As this problem becomes more widely recognised, the World Health Organisation has listed ‘gaming disorder’ in its International Classification of Diseases for the first time. This addition to the list means this type of behaviour is now being considered much more seriously.

While you might find yourself turning to video games quite often, this doesn’t necessarily mean you have the addiction.

The WHO explain that those who experience the disorder give priority to gaming over other interests and activities.

A pattern of gaming behavior (“digital-gaming” or “video-gaming”) characterized by impaired control over gaming, increasing priority given to gaming over other activities to the extent that gaming takes precedence over other interests and daily activities, and continuation or escalation of gaming despite the occurrence of negative consequences.

To be diagnosed with the disorder, you must ‘experience significant impairment in personal, family, social educational, occupational or other important areas of function’, and have experienced this type of impairment for at least one year to be diagnosed.

One mother shared her experience with gaming disorder as she had to send her daughter to rehab for her gaming addiction.

Speaking to The Mirror, the mother of the 9-year-old explained how her daughter had become so addicted to the video game Fortnite, she wet herself in order to keep playing.

The girl reportedly got up in the night to play the game until morning secretly, hit her father in the face when he tried to confiscate her Xbox console, and fell asleep in class after sacrificing sleep to play the game.

We had no idea, when we let her play the game, of the ­addictive nature or the impact it could have on her mental health.

She is in ­therapy for the addiction after she ­became withdrawn, ­agitated and disturbed from playing up to ten hours a day – sometimes playing until dawn, wetting ­herself so she didn’t have to leave the screen.

This is a serious issue which is destroying our little girl’s life and someone needs to step in to ban it before it becomes an epidemic.

The decision to add gaming disorder to the WHO‘s International Classification of Diseases comes amid increasing evidence that young gamers are suffering psychological distress and family breakdown because of their addictions, the Telegraph reports.

Dr Vladimir Poznyak from the WHO’s Mental Health and Substance Abuse department spoke to the Telegraph about the disorder. He said that although undiagnosed, studies suggest between 1% and 6% of adolescents and young people may suffer from gaming addiction.

The classification of gaming disorder means those that suffer from it will be entitled to treatment from the NHS.

For help, support and advice about problem gaming you can contact Video Game Addiction Help for 24/7, confidential support via their national helpline on 08000 886 686.