After five years in development and a year of early access, UnderMine is ready for full release! We’re proud to say it will make its console debut on Xbox One and will be available on Xbox Game Pass today.

UnderMine is an action-adventure roguelike with a bit of RPG thrown in. Some would even call it a roguelite. Take on the role of a Delvemore peasant, told to enter the goldmine and discover what happened to the lost blacksmith, as well as investigate mysterious tremors. You’ll soon learn that your boss may not have your best interest at heart, but you’ll befriend a host of allies, helping you out in your quest.

The UnderMine is made up of 5 major zones, all with a powerful boss guarding the exit. Amass dozens of relics, potions, blessings, and even curses, forging a perfect run and forming a god peasant of destruction. UnderMine has thousands of unique encounters, hundreds of items, and dozens of enemies, making each run feel unique. Each peasant can save a bit of their gold and purchase permanent upgrades from allies that will help on subsequent runs. Numerous late game options keep the game fresh for hundreds of hours. “Summoning stones” provide a new game+ option and allow you to play the game over at a higher difficulty. The Othermine provides a more traditional roguelike experience with no added progression and much more randomization. And “hexes” allow you to apply a series of harsh debuffs to make runs uniquely challenging.

Thorium was founded in 2015 by my partner Derek Johnson. I met Derek at Relic Entertainment while working on Dawn of War 2. We quickly bonded over the types of games we each liked to play, as well as our philosophy on game development. In early 2018 I joined him and UnderMine development ramped up big time. At Thorium our goal is to provide deep gaming experiences that continue to deliver, even hundreds of hours later. We also really love to work closely with our community, gaining critical feedback and implementing popular features.

UnderMine has been a labor of love for both of us, as well as our partners. Words can’t describe how happy we are that it is finally seeing a full release. We can’t wait for the Xbox community to dig into its secrets. UnderMine is available now on Xbox One and Windows Store and Xbox Game Pass on Console and PC, as well as Mac, Linux, and Steam for $19.99 USD. 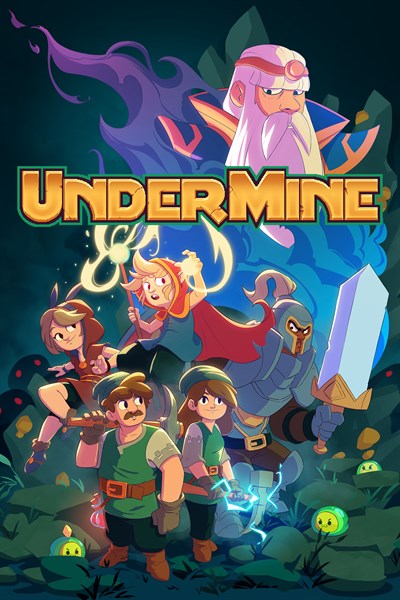 ☆☆☆☆☆ 24
★★★★★
$19.99
Get it now
PC Game Pass
Xbox Game Pass
Delve deep into the UnderMine and discover its secrets, one peasant at a time! UnderMine is an action-adventure roguelike that blends combat and dungeon crawling with rpg-like progression. Mine gold, die, upgrade yourself, and try again! Discover hundreds of items including relics, potions, blessings, and curses that all combo and stack for a new experience every run. Challenge dangerous bosses and rescue helpful characters that provide new upgrades for your adventure. Decipher the cryptic messages of the Undermine’s residents and unfold the mystery at the heart of the dungeon.

Related:
Linn Will Find Its Path to Xbox One on August 14
Tap into the Void with Levelhead’s Free Mega Update
Xbox Wire Officially Launches in Brazil