After over 1.5 years in development, Undead Horde is finally ready. The game is a necromancer simulator or a combination of ARPG and RTS with a lot of necromancy. The project started in late 2017. At that point we had done several top-down shooters in a row. Those included Neon Chrome, Jydge, Time Recoil, and Tesla vs Lovecraft. After working on top-down shooters since late 2014 we wanted to do something else.

At that time games with interactive battling armies seemed to be quite popular. We started to research the topic and made a couple of prototypes with a fantasy battle simulator theme, but in the end,  we couldn’t get those feel right for us. We put our thinking caps back on and stumbled upon a neat little game called Right Click to Necromance (RCTN). 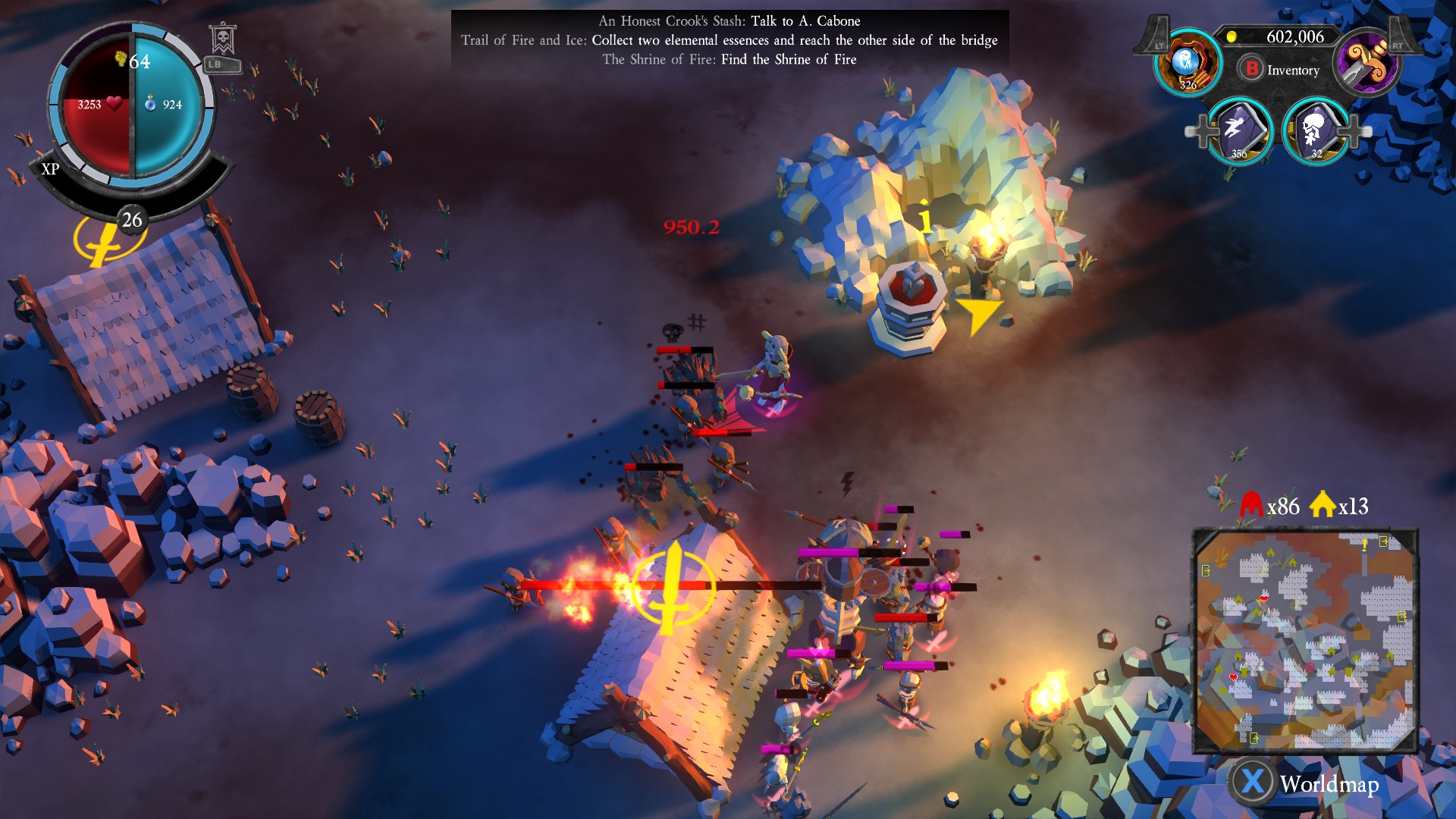 The idea in RCTN the game is simple: Steer your horde, fight, and then right click to re-animate your slain enemies. There were also groups of enemies, not single ones, so the idea fit into our previous desire to create something with larger groups. We started wondering: Can there be a game where you re-animate your slain enemies like in RCTN but with a larger campaign and a story. This was the starting point of Undead Horde.

Unlike in RCTN, we have a central character – the necromancer. This is important because the game has a campaign and we wanted some long-term progression in the game. Our necromancer Orcen is that progression: His equipment gets better, and he gains levels as he conquers the world back from the living. The undead he re-animates are mostly axe fodder which die along the way and are replaced with newly risen undead. However, there are still some bigger creatures and heroes which you can try keeping alive longer if you prefer trying a different play style. 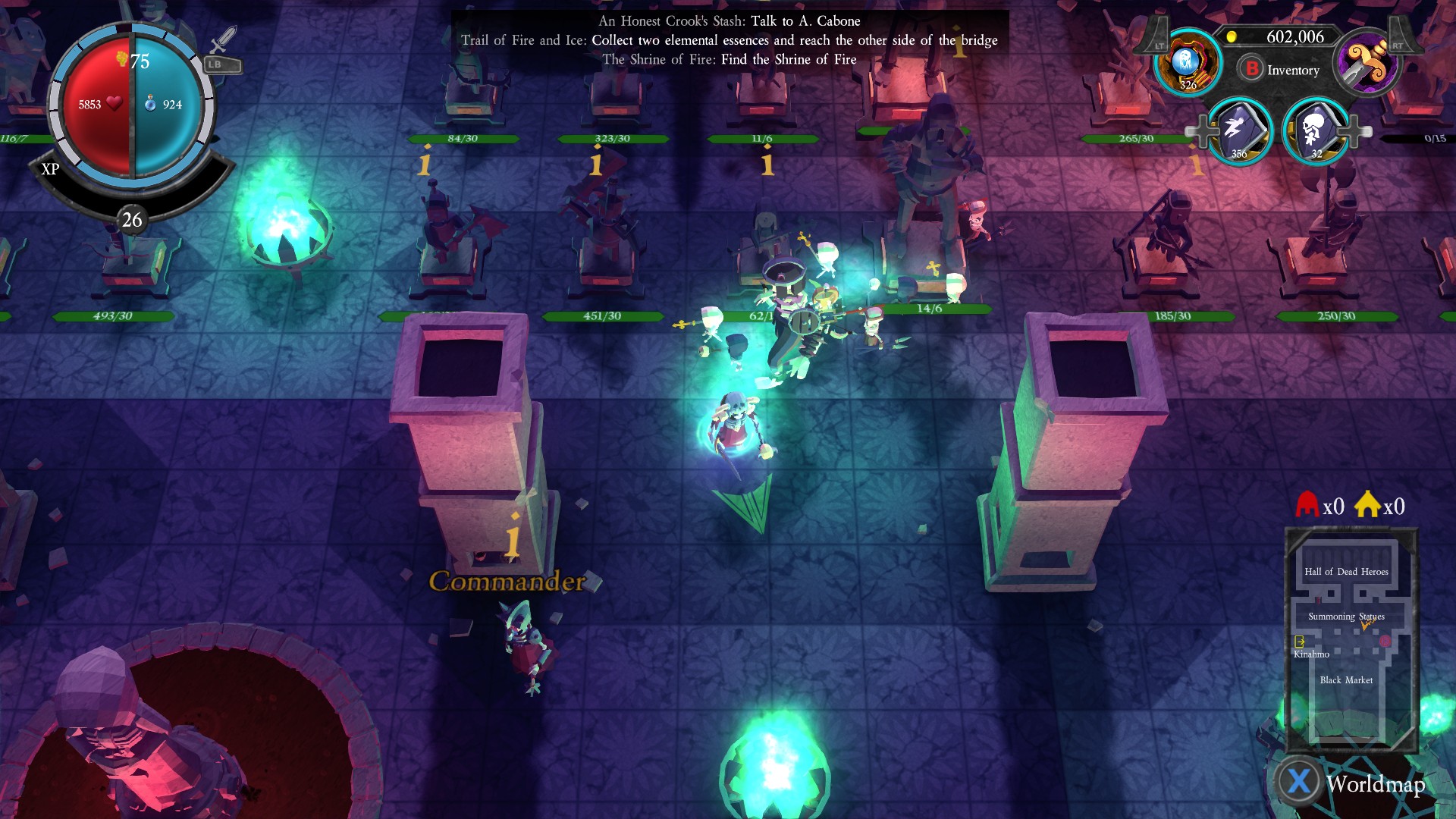 In the end Undead Horde became a lot like the game we imagined at the start. However, it took a lot of work to get all the components balanced – and there are several in Undead Horde. The game has the basic ARPG elements: fighting, looting, equipment, spellcasting, questing and adventuring. This is mixed with the element of necromancy: You can basically re-animate all enemies which can fit into inside your command cap. Your undead minions act a bit like health: Once you run out, the enemies start attacking the necromancer aggressively. You can command your undead minions to gather around you or attack and move into the direction pointed with a thumbstick. The controls are quite straightforward as the game is mostly an action game with a lot of hack’n’slash influences too.

Even though the game is now finalized and released, there are still a couple of issues and a few parts we’d like to polish further. This means we’ll update the game soon after the release to improve it even further. This includes localization to several languages which didn’t quite make it for the release version. We may also extend replayability if it looks like players crave more after the 3rd era. Currently the game can be replayed completed in three different eras which are kind of mutations from the first playthrough. 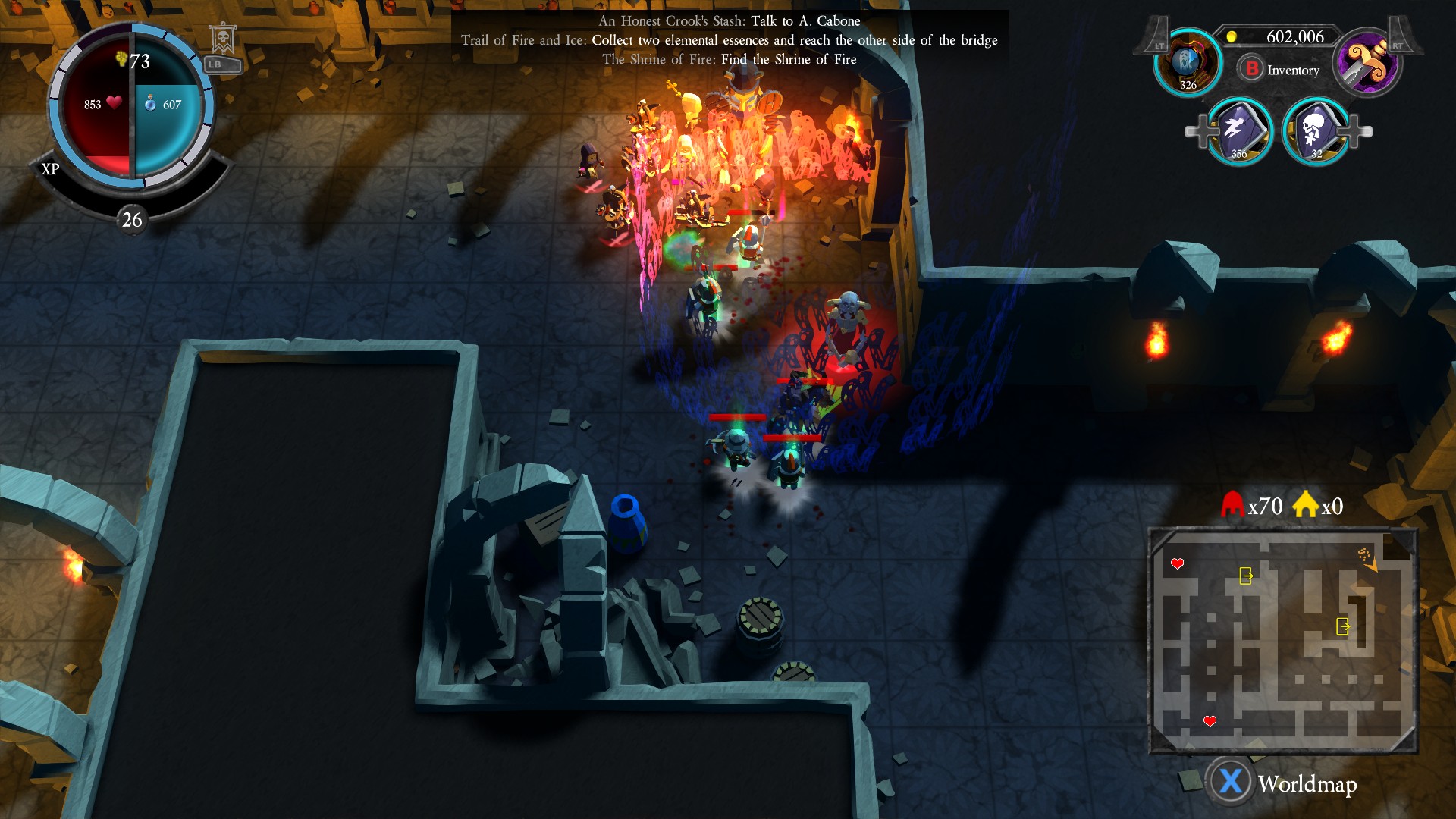 Visually the game has its own distinct style: Mainly palette mapped objects with overlaid with detail textures and dynamic shadows. Our three-man team with one 3D artist is small so the art style needs to be efficient to produce as well. The visual style of the game was also partly determined by basic nature of the game: We can have over a hundred units on screen so the visual style supports that with reasonable bone and poly counts. This combination has resulted in visuals which look original and we hope to use them again in a future game as well. There’s also 4k support for Xbox One X for maximum fidelity – the 4k works especially well with our art style

Thanks for reading and hopefully this post gave you an interesting impression about the game. To get the complete picture, you just need to go and re-animate some undead minions of your own!

Undead Horde is available now for Xbox One on the Microsoft Store as an Xbox One X Enhanced title. Click here for purchase details.