Tune up and play along to buff your allies, or simply defeat multiple enemies at once. It’s your choice which string to slap with the new Bard class! Your awesome sounds will also make everyone in range dance in the Hub, or wherever you go. Bards are not just fun to be around but also fearsome in fights. Once they start strumming the right strings, their damage output is “rock” solid.

Ever wondered how fast you can be with a supporter like a Bard? The answer is yes! The Bard as a sub-class is also something that you do not want to miss due to the different bonuses you can get and those are suitable for every class. Additional Critical Damage and Attack speed, Lifesteal when dealing damage, or more movement speed and energy, the choice is up to you and the class you play.

Sing the song of victory and make sure you get your Bard now! You even have a choice of going Super right away, or go Bard and upgrade as you hum along. The Bard is available today, September 14 in Trove on Xbox One and Xbox Series X|S. 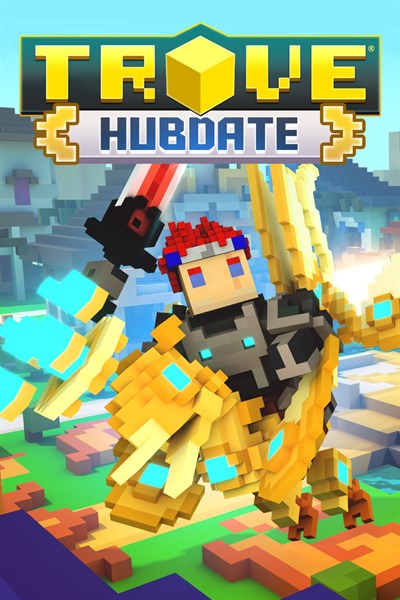 - Werbung -
☆☆☆☆☆ 436
★★★★★
Get it now
Welcome back to a bigger and better Hub than before! "Hubdate" is filled with features you could have found through menus, but now have a physical form and home! A similar update will come to console platforms as well in the near future. Be sure to visit the Hub and check out the Hub Guide for more info. Let us know your new favorite hangout at the Hub! Lots of other changes and fixes have also been added in this patch so prepare to discover new Delve bosses, dungeons, styles, and much more. So what are you waiting for? It’s time to dive into Trove and see for yourself what’s new!