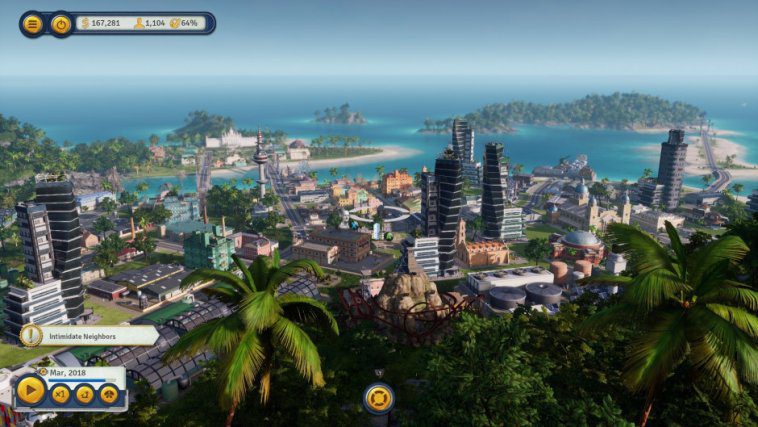 The Tropico series, which launched in April 2001, celebrates its 20th anniversary with Xbox Deals with Gold. Tropico 1 through 6 puts the player in the shoes of ‘El Presidente,’ the ruler of Tropico – a fictional island country in the Caribbean from the colonial era to modern times. Without question, it’s the series that put the tongue firmly in the cheek of strategy gaming.

In Tropico, you decide whether you want to use your army to secure your power in the best traditions of a corrupt, unscrupulous tyrant, or lead your people to prosperity as a generous elder statesman. Danger lurks around every corner and, in the background, loom other superpowers like the USA and the Soviet Union or China and others.

We launched Tropico as a fresh feel for the strategy game genre, swapping the drab and industrial feel of most management games of the time for something more akin to a tropical holiday.

Tropico 3 was the series’ first foray onto a console and at the time, the obvious pick was Xbox 360.  Over the years, we evolved the series and Tropico 6, our latest game, released in 2019. Unlike previous games in the series, where Tropico consisted of only one island, Tropico 6 allows players to build their empire atop an archipelago via connecting bridges.

Tropico 6’s add-on, Caribbean Skies, launched in December of last year for Xbox One. In this high-stakes airborne adventure, players guide Tropico through five brand-new campaign missions, deploying a veritable fleet of minions and drones all the while striking deals with an eclectic cast of characters. Help the beloved dicta…uh, leader, El Presidente, save the world and make the Caribbean skies your playground!

As Tropico’s El Prez cuts a few cigars and knocks back his umpteenth rum of the morning, you too can join in the festivities with a barrage of free new content — including a Pinata llama hunt — and more! Just jump into Tropico 6 between April 20 and May 5, sit back, and enjoy the fun!

In addition to in-game celebrations, players can pull up a deck chair and check out two decades of Tropico with Microsoft’s Xbox Deals with Gold from April 20-26. Deals include 60% off Tropico 6, 60% off Tropico 5 Complete, 70% off Tropico 5: Penultimate Edition and 20% off the most recent add-on for Tropico 6 – Caribbean Skies. 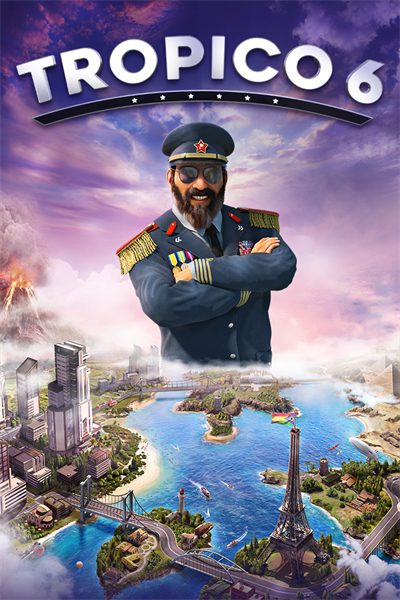 ☆☆☆☆☆ 237
★★★★★
$59.99
Get it now
Xbox One X Enhanced
Free Trial
El Presidente is back! Features: • Play on large archipelagos for the first time in the series. Manage multiple islands at the same time and adapt to various new challenges. • Send your agents on raids to foreign lands to steal famous landmarks and add them to your collection. • Build bridges, construct tunnels and transport your citizens and tourists in taxis, buses and aerial cable cars. Tropico 6 offers completely new transportation and infrastructure possibilities. • Customize the looks of your palace at will and choose from various extras. • Tropico 6 features a revised research system focusing on the political aspects of being the world’s greatest dictator. • Election speeches are back! Address the people and make promises that you can’t possibly keep. • Tropico 6 features cooperative and competitive multiplayer for up to 4 players. In times of political turmoil and social unrest, the people are calling for visionary leaders, who will steer the fate of their country with foresight and ingenuity. Prove yourself once again as a feared dictator or peace-loving statesman on the island state of Tropico and shape the fate of your very own banana republic through four distinctive eras. Face new challenges on the international stage and always keep the needs of your people in mind. For the first time in the series, manage extensive archipelagos, build bridges to connect your islands and use new means of transportation and infrastructure. Send your Tropicans on raids to steal the wonders of the world, including the Statue of Liberty and the Eiffel Tower. Customize your palace at will and give election speeches from your balcony, to win the favor of your subjects. 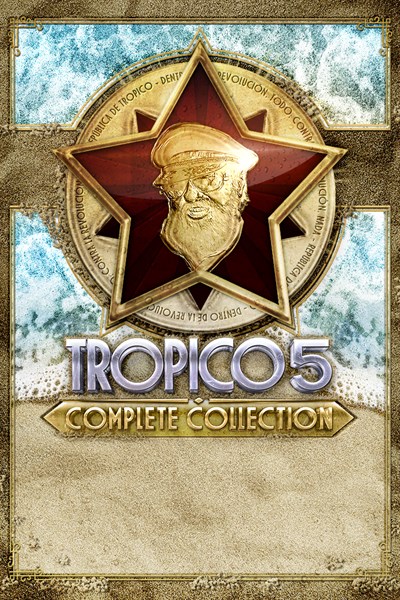 ☆☆☆☆☆ 91
★★★★★
$34.99
Get it now
With three extensive campaigns, 40 islands, over 125 buildings and 10 additional scenarios, this game collection will provide a great deal more than 100 hours of gaming fun on your Xbox One.
The Eras – Begin your rule in colonial times, survive world wars and economic crises, ride out the Cold War, and lead your country towards a glorious future. From the 19th to the 21st century, each era will have its own surprises in store for you.
The Dynasty – Members of your extended family live on the island and can be hired as rulers, managers, diplomats, or generals. Turn your family members into valuable resources.
Research and Renovate – Modernize your nation with new buildings, technologies, and resources. Refurbish outdated structures to make sure that everything is state-of-the-art in your race against time.
Cooperative and competitive multiplayer – Up to 4 players can build their own nations on a shared map and have the option of sharing resources, goods, and populations or declaring war on each other.