During E3 this year, we showed the biggest and most diverse Xbox games lineup ever. Many of those games are coming in 2018, and as gamers we cannot wait to share them with fans. Among Microsoft Studios exclusives games are new IP like Sea of Thieves (launching March 20), deep gameplay in fan-favorite franchises like State of Decay 2, and the explosive return of a celebrated franchise to Xbox with Crackdown 3 – all releasing on Xbox One and PC. That’s in addition to all the great ID@Xbox and cross-platform games (more on that below), and as well as other unannounced surprises to come.

As we prepare to step into the new year, it’s a great time to reflect on our favorite gaming moments of 2017 on Xbox and PC. We released the world’s most powerful console Xbox One X with the largest games lineup in Xbox history, including more than 1,300 titles and over 220 exclusives. Among those were incredible 2017 releases from Microsoft Studios, third party publishers and innovative independent developers, with over 85 specifically enhanced to take advantage of the power of Xbox One X. We also offered new ways for gamers to access content, interact with spectators and participate in the game development process. 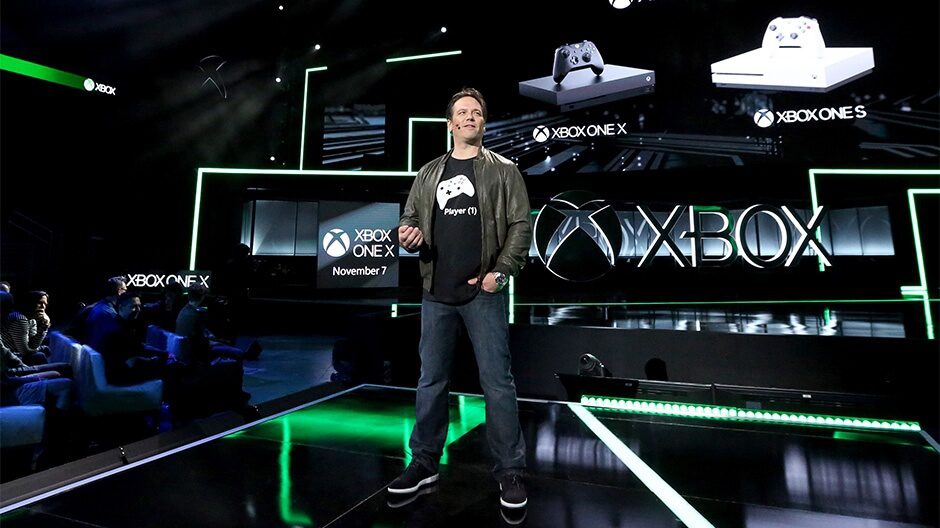 Reception to Xbox One X has been incredible and we’re so grateful for our fans. One of the things we’ve enjoyed most is seeing how developers are taking advantage of the world’s most powerful console, with 4K Ultra HD, HDR, Dolby Atmos and other exciting features and improvements. Xbox One X truly is the best place to experience games with many enhanced games available and more adding support as we move into 2018.

PlayerUnknown’s Battlegrounds took the gaming world by storm in 2017. Over 25 million players experienced PUBG on PC and console fans got a shot at winning their own chicken dinners with its exclusive release on Xbox One as part of the Xbox Game Preview program last week. The reception from Xbox fans has been phenomenal with over one million copies sold in the first 48 hours alone. Through the Xbox Game Preview program, fans get to be a part of the development process, and PUBG on Xbox One will continually receive content updates including the new desert map, Miramar, optimizations, and more exciting stuff in the months ahead.

Launching Xbox Game Pass was a big moment for Xbox this year. Giving fans more options to diversify and expand their library of games, as well as discover new experiences has been important to us, which is what we set out to achieve with Xbox Game Pass. We have been excited by the amazing fan reaction and engagement with Xbox Game Pass, which gives unlimited access to over 100 great games on Xbox One.

This past year, we worked with fantastic publishers and developers across the industry to make Xbox the best place to play their games. Players responded by playing more than 1,870 third-party games for over 12 billion hours. The Xbox community demonstrated how Xbox Live is the fastest and most reliable gaming network by logging in more than 3.7 billion hours in multiplayer across games from our partners. This has inspired our partners to enhance over 80 Xbox One X games with any combination of benefits like faster loading times, higher resolution textures, HDR support or steadier framerates. We’re looking forward to a great 2018 full of new games and even more Enhanced games with our players and partners. 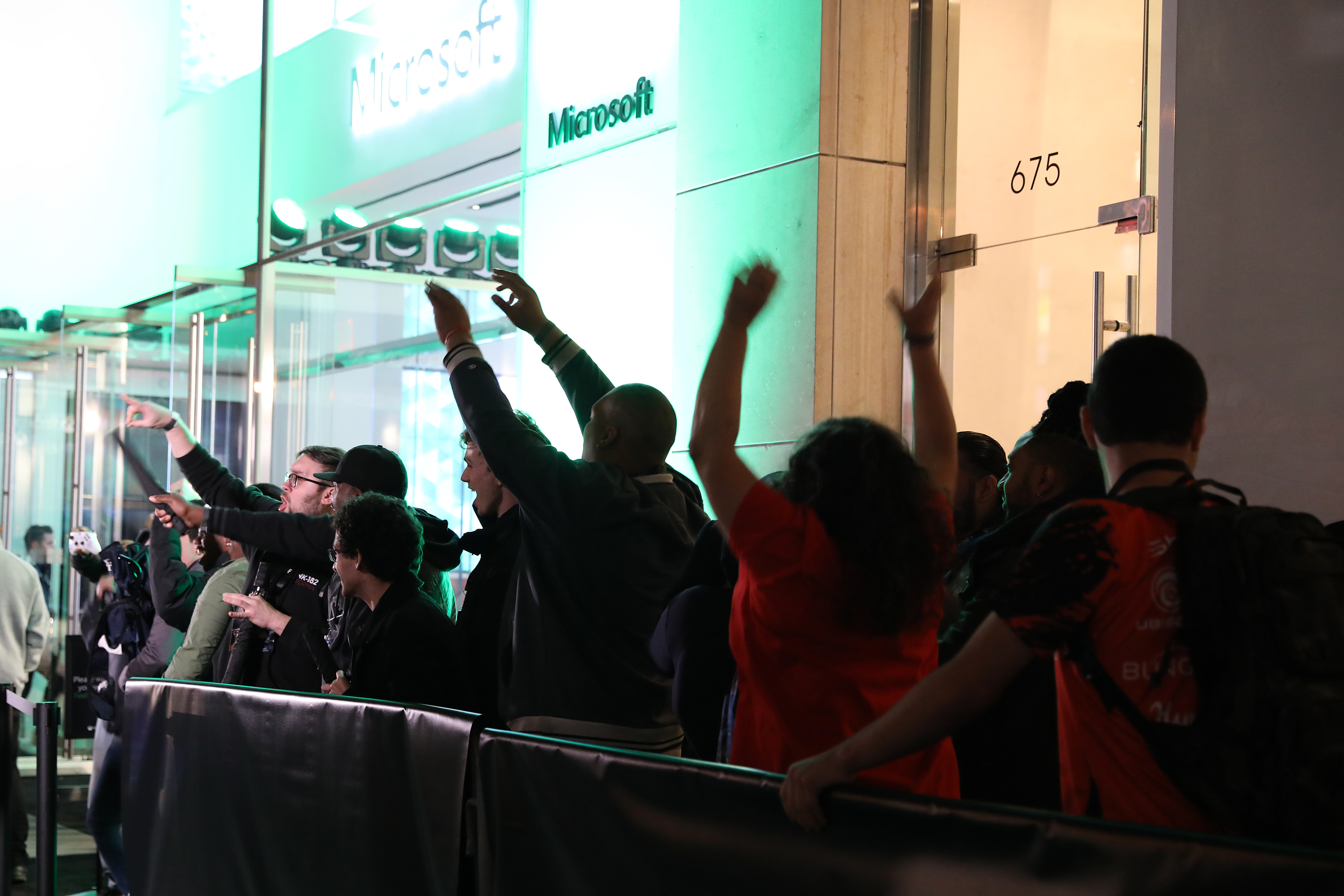 Throughout the years, Turn 10 Studios has worked hard to push the award-winning Forza franchise to new heights, and the pinnacle (so far) was this year’s Forza Motorsport 7 – a game built from the ground up to showcase native 4K gaming at 60 frames per second on Xbox One X. It was an honor bringing the community the most comprehensive, beautiful and authentic racing game ever made. In September alone, more than 7.9 million unique players raced in the Forza community. Next up is the Xbox One X Enhanced version of Forza Horizon 3 coming January 15, and we’ll have more exciting news in the months to come.

One of the big highlights this year was bringing Original Xbox classics into the Xbox One Backward Compatibility program. Compatibility is important to Xbox, to developers and their games, and our community. In 2017, we added 136 Xbox 360, 13 Original Xbox and seven enhanced Xbox 360 titles, which helped contribute to the more than 400 titles available today and 740 million hours of Backward Compatible games played to-date.

Every year, we look back at all the great games released by independent developers around the world, and 2017 was a banner year for great independent games. First off, we launched the Xbox Live Creators Program in August and it’s already flourishing with more than 100 games playable on Xbox One and Windows 10 PCs today. And ID@Xbox continues to be the home for creativity, innovation, and just plain rad games. From console exclusive Cuphead to Thimbleweed Park, What Remains of Edith Finch to Aer, or Fortnite to Tacoma, and favorites like Ark, Smite, Warframe and Rocket League ID@Xbox has fast become a super relevant way for independent developers to bring their creations to the Xbox One and Windows 10 community. With Deep Rock Galactic, Battlerite, The Darwin Project, Black Desert, Full Metal Furies, Robocraft, Below and hundreds of others in the pipeline for 2018, 2017 may get a run for its money!

2017 was a year focused on breaking down barriers for Minecraft. With the release of cross-device multiplayer in the Better Together Update, Mojang and the Minecraft team brought tens of millions of Minecraft players together on the game they love where they want, when they want and on the device they want. In 2018, Minecraft players can look forward to cross-device multiplayer on Nintendo Switch, a whole new world of under-the-sea adventures with the Update Aquatic, a spiffy new graphics engine powering the Super Duper Graphics Pack, and more. 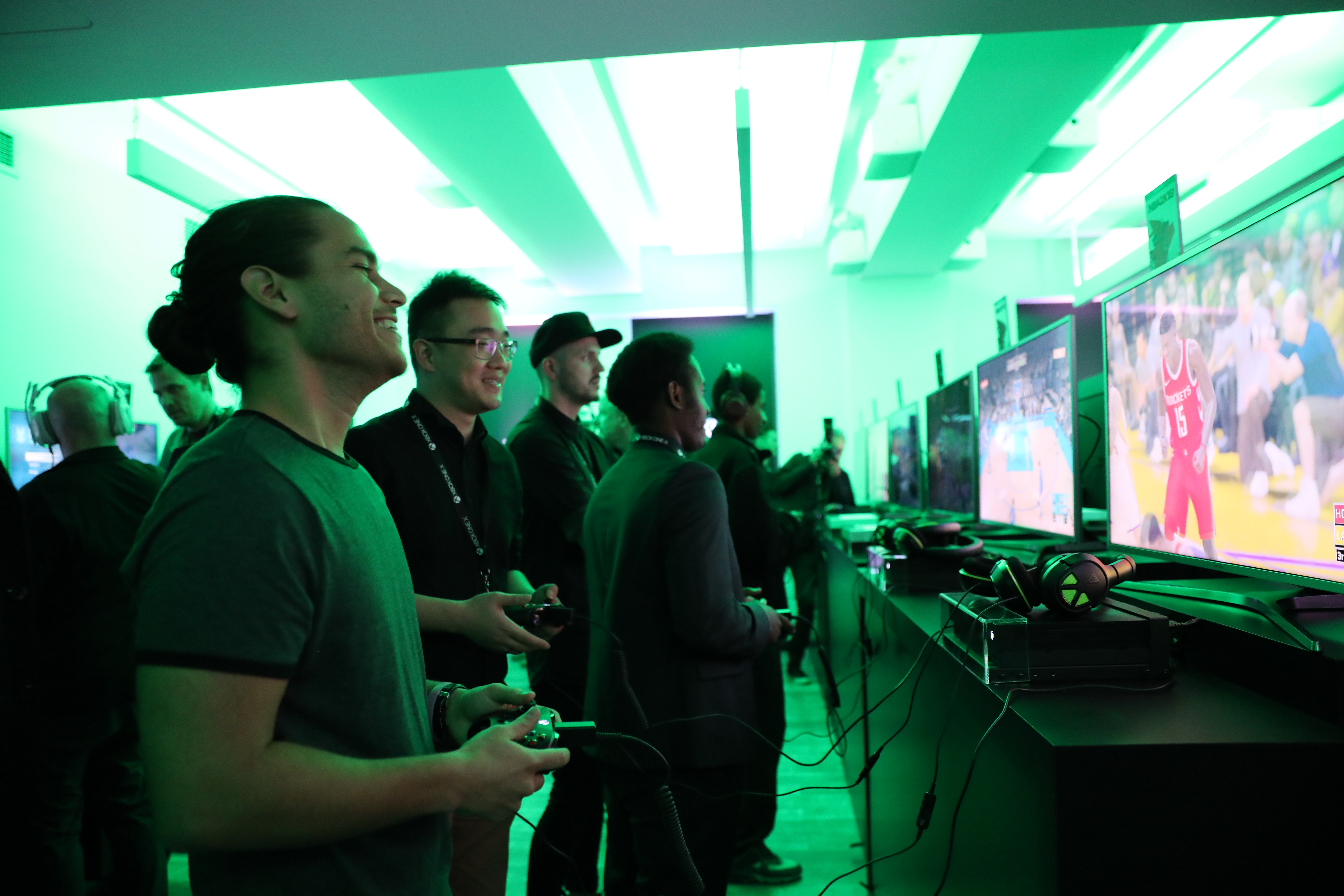 For the Mixer team, 2017 was about community growth and innovation. We welcomed a ton of new streamers, expanded our existing communities and added new ones, and made huge investments in new features like 4-person Co-Streaming, Mixer HypeZone and our new mobile app for iOS and Android that make Mixer the best place to stream and watch for console, PC, and mobile gamers alike. Seeing communities, creators and game developers unite around new experiences on Mixer has been incredible – Telltale Games using “Crowd Play” enables the audience to control story decisions, for example, or developers using new means of interactivity in Minecraft, The Darwin Project, Death’s Door and more. 2018 will bring even more interactive games as well as new capabilities for streamers.

The Windows 10 Fall Creators Update brings mixed reality to your PC this holiday season, and along with it a catalog of over 2000 of the most popular VR games available with SteamVR. Windows Mixed Reality headsets don’t require any external cameras or sensors, and set up in just minutes so you can enjoy the immersive action of the top VR games available today, along with all of the apps in the Microsoft Store.

On behalf of the entire Xbox team, thank you to all Xbox fans. You are what makes gaming on Xbox great and the motivation that drives our team. 2018 is going to be an amazing year, and we can’t wait to share it with you.

If you haven’t already, be sure to check out your own personal Xbox Year-in-Review to see how you gamed in 2017. Happy holidays!