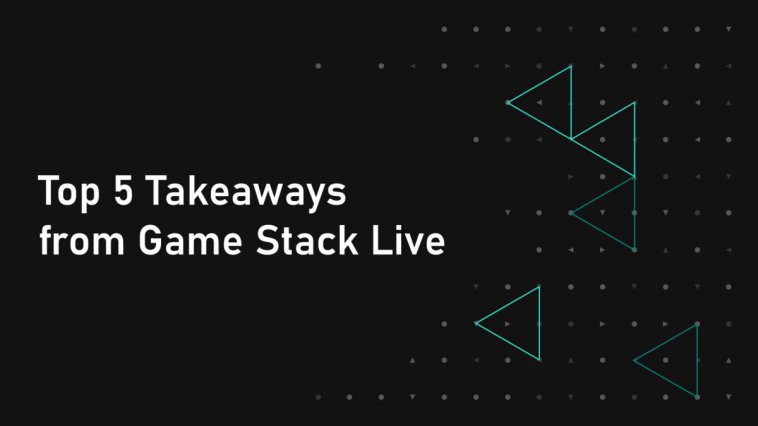 This year, we learned that the Xbox teams have been doing some serious cranking behind the accessibility scenes, rolling out all-new set of Accessibility Guidelines. In these guidelines, developers can get access to the latest learnings, insights, and education around accessible game development and design. What’s great about these guidelines, other than the fact anyone can use them, is that they were written in partnership with the disabled community. Not only do these guidelines contextualize accessibility best practices, they give developers a solid jumping-off point for running their own Accessibility tests and experiments.

Game development itself is becoming more accessible to small and medium-size studios. Thanks to the cloud, heavy-hitters like Azure, PlayFab, and Havok are readily available and accessible from anywhere in the world. Game development is no longer a AAA studio’s world. Cloud-based game development tools empower smaller teams with the same capabilities.

Microsoft announced the ID@Azure Program, a new game development program for indie studios, start-ups, and individual creators. As part of the program, developers will get free access to the same developer tools as AAA studios and support from industry experts across Microsoft. Given the recent explosion of indie studios and developers, it’s awesome to see craftsmen getting the time, attention, and tools they deserve.

One thing we’ve learned  this past year is that game development needs to be done from anywhere and everywhere.

With all of the same capabilities as on-premise from anywhere in the world, Cloud development is more flexible than ever. We got a pretty clear idea of how Microsoft envisions game development moving forward with how they’ve spent the past year – we saw how the Minecraft team was able to tackle a previously impossible server port with minimal sweat ( a common stressor for larger studios making the jump to cloud game dev).

The Cloud is getting easier to play and develop on. From faster asset streaming to minimal load times and rendering, innovations like the new Xbox Velocity Architecture in the Xbox Series X/S consoles are rapidly making cloud gaming and gamedev the way to go.

With the Agility SDK, all DirectX 12 features, old and new, run on a massive install base. This is a hugely welcome update for the community and delivers on Microsoft’s promise of finding a better way to get features up and running on any install base, not just the latest windows 10 OS (every version since 19.09 /November 2019 update).

Best of all, games that use the Agility SDK will run on a wide range of gaming machines without ever asking gamers to upgrade to the latest OS.

One of the undisputed benefits of cloud game development is multiplayer server construction, scaling, and management, which the PlayFab team demonstrated beautifully in a two-part server tutorial that’s perfect for smaller and indie studios.

Microsoft also showed us how they’re tackling things like high latency and availability with the Azure Cosmos DB. As Microsoft’s NoSQL database on Azure, Cosmos DB is providing more and more predictable performance without any locks being put on your data.

And if you thought game development was just for gaming, think again. One of the standout talks covered how gaming analytics are making moves in the business space, and what that means for game development going forward.

After more than a year of no shows due to global lockdowns, the most welcome addition to this year’s Game Stack Live might just be the entertainment track. Game Stack did their best to bring a little of that pre-covid live show magic back with sets from @jjbbllkk, @magicswordmusic, and @lookmumnocomputer.

Technical talks from Game Stack Live are available on demand, check out our Game Stack YouTube channel to see 40+ sessions ranging from audio to graphics, multiplayer to systems & tools.

Related:
A New Way to Give Feedback on the Xbox Adaptive Controller
Knockout City Will Launch with Xbox Game Pass Ultimate and EA Play on May 21
Online Multiplayer for Free-to-Play Games Unlocked Starting Today