Halloween is right around the corner, so you know what that means: Special Halloween events in your favorite video games! What, you thought we’d say candy? With the big day close at hand, a bunch of games have revealed their plans to celebrate the spookiest of holidays with special events. There’s a lot of great stuff happening this year on Xbox One, so let’s take a look at some of the standouts.

Play Some Pumpkin Ball in Gears 5 and Celebrate Hordeaween in Gears POP!

Celebrate Halloween in Gears 5 with the Pumpkin Ball versus event featuring oversized Jack-O-Lantern heads, or take part in the 20 wave Horde Event “The Man’s Monsters” featuring Halloween-themed Swarm enemies. Both events include earnable rewards and are online through November 5, at 10am PT. Want more? Gears POP! is also getting into the spirit with the Hordeaween event from now through November 1, at 4am PT. For more details, check out the official Gears 5 site.

Overwatch is one of the best in the biz when it comes to Halloween events, and 2019’s version doesn’t disappoint. The Overwatch Halloween Terror event is here, which means we can look forward to some spooky events and even spookier looks. This time out, you’ll get the chance to earn five new Legendary skins, three new Epic skins, in addition to new sprays, icons, and emotes. We’re particularly partial to the Gorgon Lucio and Vampire Baptiste skins (though you can also earn the Demon Hunter Sombra skin, which was a BlizzCon 2018 exclusive). For more details, check out the official Overwatch site. 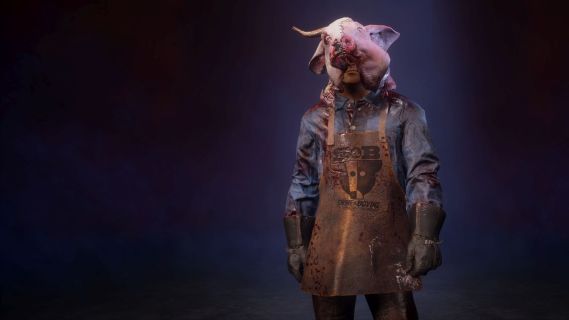 Get Your Swine & Bovine Costume in State of Decay 2

The Swine & Bovine Halloween costume pays gory tribute to the chain of restaurants dotting the abandoned landscapes of State of Decay 1 and 2. Players can unlock this new limited time outfit by playing State of Decay 2 until October 31. You’ll be the horror of your friends. Happy Halloween, survivors! For more details, check out the official State of Decay 2 site.

Fort of the Damned is the biggest update to Sea of Thieves’ popular Skeleton Fort feature since launch, offering players action-packed new challenges and massive rewards. The new Fort can be activated on demand as long as the in-game requirements are met, allowing players to take on this new challenge as often as they want. It’s a permanent new addition to the game that will remain available beyond October’s free content update. For more details, check out the official Sea of Thieves site. 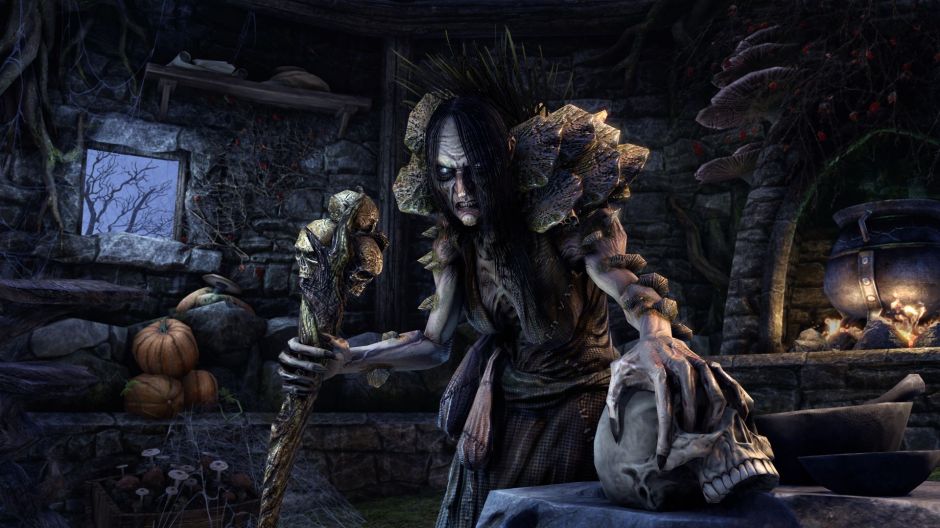 The Witches Festival Returns to The Elder Scrolls Online

Running until November 4, The Witches Festival is an in-game event that the team behind The Elder Scrolls Online has done before. Wondering how to kick things off? To start, you’ll need to complete “The Witchmother’s Bargain” quest from the Crown store. Then, you’ll have to use the Witchmother’s Whistle you get as a reward to summon the “Witchmother’s Cauldron,” which grants you and your party a two-hour 100% XP buff that stacks with all other XP bonuses. There’s a lot more, including new collectibles and costumes, Dremora Plunder Skulls (complete with new items) earned through defeating special bosses, and the Glenmoril Armor set. For more details, check out the official Elder Scrolls Online site.

Rainbow Six Siege Challenges You to Survive the Doktor’s Curse

No thanks to an evil doctor who conducted disturbing experiments on hapless victims, a creepy castle housed in an abandoned theme park is now crawling with mutated monsters. Now, a band of exterminators have been called in to reclaim it. Will they be able to return things to normal, or will the fiends live to terrorize another day? From October 23 to November 6, players can play this special Hide and Seek game mode where Defenders must try to survive until the end of the round, unless they can manage to eliminate the powerful Attackers first. Does your team have what it takes to survive the Doktor’s Curse? Jump in to Rainbow Six Siege today on Xbox One to find out! For more details, check out the official Rainbow Six Siege site. 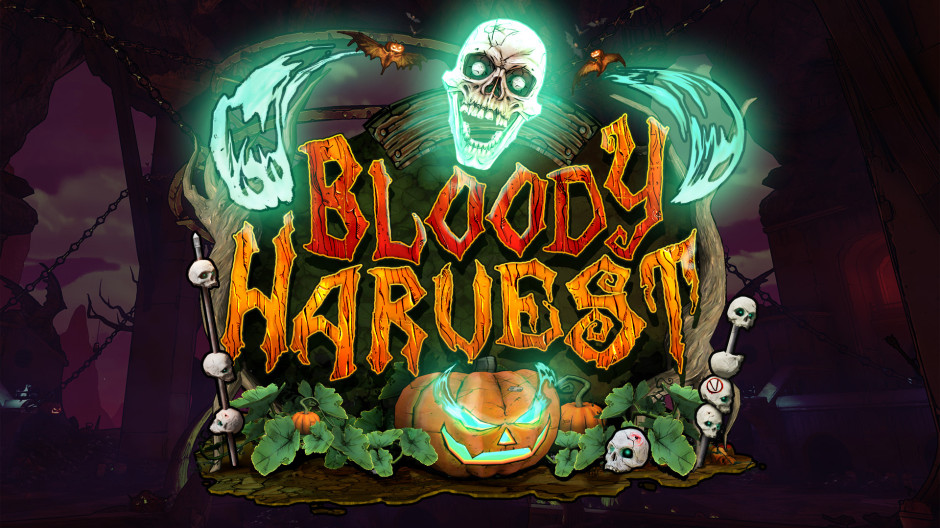 Borderlands 3 Invites You to Join the Bloody Harvest

The Halloween event in Gearbox and 2K’s looter shooter is part of a new content update that dropped last week. Bloody Harvest is a free seasonal event that began on October 24 and runs through December 5. Bloody Harvest offers players the chance to take on haunted enemies, complete challenges to earn rewards, snag some spooky new skins for your Vault Hunter, and take on a nightmarish new boss. This all takes place in the scariest locations Borderlands has ever seen: Heck. Yes, you read that right. Were you expecting something else? For more details, check out the official Borderland 3 site.

Respawn Entertainment is adding a bunch of Halloween goodies to Apex Legends with their Fight or Fright event, running through until November 5. New cosmetic items for weapons and characters are being introduced in Fight or Fright and King’s Canyon is getting a spooky, night-themed makeover. There’s even a new mode called Shadowfall that brings zombies (sorta) to the game. In this mode, Legends who fall in battle will be resurrected as zombies and receive new abilities, including a powerful melee attack and the ability to run up walls. If you survive and want to get on the dropship, you’ll need to battle the undead hordes to get to safety! For more details, check out the official Apex Legends site. 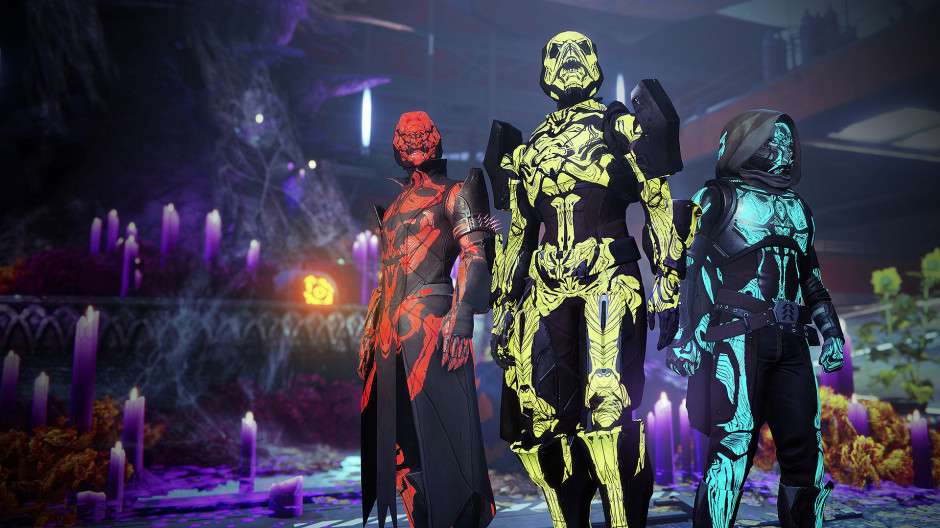 Ready to grab some snazzy masks for your Guardian? Want some candy to spend on the brand-new Braytech Werewolf Legendary Auto Rifle? Are you ready to take on the Haunted Forest again? If you said yes to any of these (or you’re just sick of me asking you questions), you’re in luck: Destiny 2’s Festival of the Lost event has returned. You’ll be able to take part in a bevy of special events between now and November 19, so head to the Tower now, Guardian! For more details, check out the official Destiny 2 site.

Enter the Upside Down with Rocket League

Netflix’s award-winning “Stranger Things” has invaded this year’s Haunted Hallows event in Rocket League on Xbox One. Available now through November 11, play a chilling version of the Farmstead Arena that’s now watched over by the terrifying Mind Flayer in the Upside Down. If you’re able to make it out of Farmstead in one piece, you’ll earn Candy Corn to be used in the Haunted Hallows Event Store that’s housing some extra-special items, like a Demogorgon player banner, a Scoops Ahoy avatar border, and a Hawaiian Hopper decal, plus some top secret wares developed by the Hawkins National Laboratory. For more details, check out the official Rocket League site.