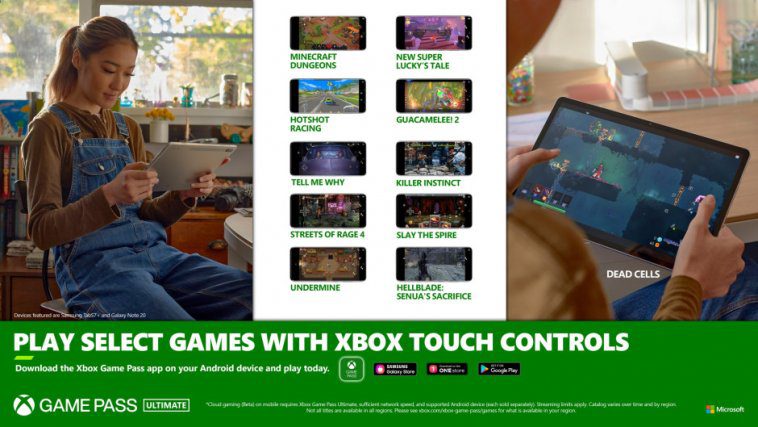 Xbox Touch Controls on Mobile Come to More Games, Giving You More Ways to Play
At Xbox we believe this era is all about the player, you are the future of gaming. We listen to what you – players, game developers, and content creators – tell us you want and based on your feedback… Read more

Inside Xbox Series X Optimized: Yakuza: Like a Dragon
When it launches on November 10, Xbox Series X will be the most powerful console the world has ever seen. One of the biggest benefits of all that power is giving developers the ability to make games… Read more

Watch Dogs: Legion Hacks the Microsoft Store to Save London
London is in a bit of a jam. Corrupt private military, authoritarian government, and an underground crime syndicate are preying on the vulnerable… alright, maybe a bit more than a jam… Read more

Celebrate the Joy of Chaos with Risk of Rain 2’s Free Content Update and New Low Price
One year, four free content updates, and over three million players later, Risk of Rain 2 has expanded significantly since it first arrived. New characters brought new ways to fight through the… Read more

Celebrate Fallout 76’s Bombs Drop Day with a Free Play Week, Sales, and In-Game Events!
It’s that time again! Time to remember the day the bombs dropped in Fallout, and what better way to do that with a host of Fallout 76 events. From October 20 through October 26, celebrate… Read more

Secret Neighbor’s Major Halloween Update
If you’re new to Secret Neighbor, welcome to an ever-growing and constantly updated multiplayer social horror game. Communicate and cooperate with other players to sneak into the creepy… Read more

Cuddle Up and Get Ready for the ID@Xbox Cozy Game Sale
There has been a lot of internal debate here at Team ID@Xbox about what constitutes a “cozy game.” A game that you can play with your kids or friends? A game that has a feel-good aesthetic, mechanic… Read more

HyperBrawl Tournament: The Multiplayer Sports Brawler is Available Now on Xbox One
Hey HyperBrawlers, I’m Scott Swarbrick, Designer at Milky Tea Studios, and I’m here to provide you with some pro tips, directly from the development team, to help you secure those epic wins in… Read more

Your War Continues… Doom Eternal: The Ancient Gods – Part One is Here
The universe stands at the brink of destruction and the only savior up to the task carries a double-barrel shotgun and a whole lotta contempt for demons. Become the legendary Doom Slayer and strike… Read more

A Walk Over the Pumpkin Patch: How Pumpkin Jack the Game Came About
A long time ago I was looking for a game to play. Something colorful offering a great single-player experience. After a long time of searching I couldn’t find what I was looking for. 3D combat platformers… Read more.

Next Week on Xbox: October 27 to 30
Welcome to Next Week on Xbox, where we cover all the new games coming soon to Xbox One and Windows 10 PC! Every week the team at Xbox aims to deliver quality gaming content for you… Read more

Related:
A Walk Over the Pumpkin Patch: How Pumpkin Jack the Game Came About
Ghostrunner Launches October 27 on Xbox One with Smart Delivery Support for Xbox Series X|S in 2021
Celebrate the Joy of Chaos with Risk of Rain 2’s Free Content Update and New Low Price