Xbox Game Pass Expands to Include New Releases from Microsoft Studios
When we launched Xbox Game Pass in June 2017, we knew we wanted to craft a service with gamers in mind. That meant a diverse, expanding library of over 100 games and counting, matched with one monthly price and unlimited access to download and play full-fidelity experiences. We’ve been blown away by the incredible response. Following launch, we heard from fans around the world who wanted Xbox Game Pass in their country. In September, we expanded globally and Xbox Game Pass is now available to fans in 40 countries. We’ve also continued to expand the catalog with new games added to the Xbox Game Pass library every month, so there is always something new to play. We know our fans… Read more

New Games with Gold for February 2018
Welcome to another exciting month of titles included with Games with Gold! This month on Xbox One we’ll get our hands on the cult-classic first-person shooter Shadow Warrior and travel to 19th century India in Assassin’s Creed Chronicles: India. Then on Xbox 360 and Xbox One thanks to Backward Compatibility, we’ll get to experience the thrill of reality television racing in Split/Second as well as reliving those arcade racing days with the classic Crazy Taxi. All games will be available exclusively for Xbox Live Gold members for a limited time as part of Games with Gold. With Xbox Live Gold, you get the most advanced multiplayer, free games, exclusive member discounts on games in the… Read more 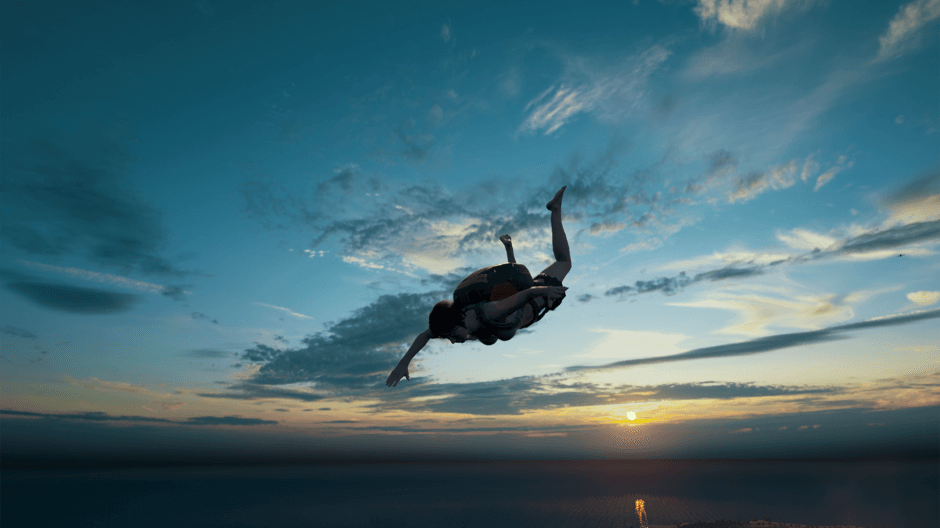 Celebrating over 4 Million PlayerUnknown’s Battlegrounds Players on Xbox One!
Today we’re excited to announce another milestone for PlayerUnknown’s Battlegrounds (PUBG): the community of players on console has now grown to over 4M players! We’re thrilled to see the community continue to grow and have been inspired by everyone’s enthusiasm for the game – with your ongoing support and feedback we will continue to evolve PUBG and create the best experience for Xbox players. This week we deployed the sixth content update for the game, delivering numerous gameplay, optimization and bug fixes. More details on all the updates we’ve made since launch can be found here. To show the community our appreciation for your support and feedback, we are rewarding… Read more

Monster Hunter: World Arrives on Xbox One
Welcome to the New World, hunters! It’s been a very exciting ride since we announced Monster Hunter: World at E3 2017, and we’re stoked to finally bring the one-of-a-kind thrill of hunting savage monsters to the Xbox One. In Monster Hunter: World, you’ll take the role of a hunter venturing into a new, uncharted land as part of the Research Commission, who have set out to investigate a strange phenomenon of cataclysmic proportions. But your journey will not be without its challenges; the New World is filled with formidable foes. The Monsters Each creature moves and behaves like a real living being and have their own unique habits, personalities, and place in the food chain. As… Read more 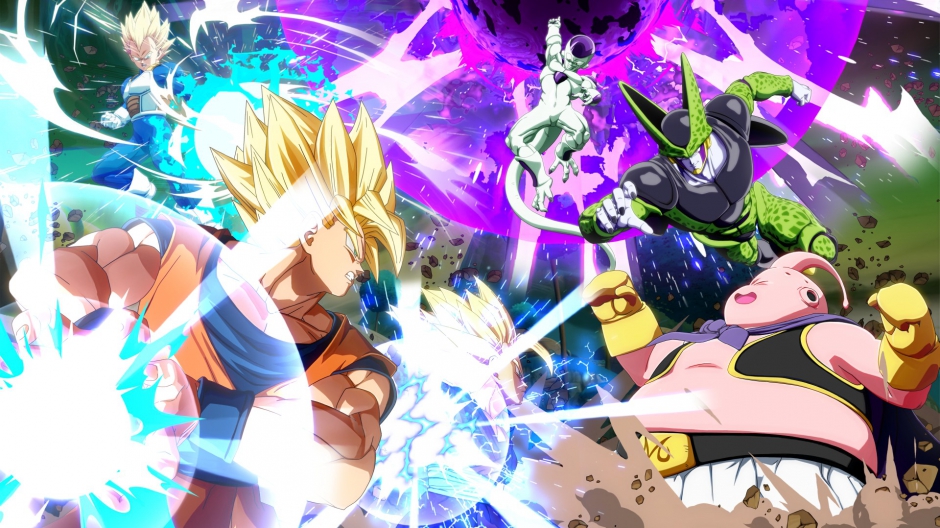 Dragon Ball FighterZ Available Now and Enhanced for Xbox One X
Get those Kamehameha, Big Bang, and Death Ball attacks ready as Dragon Ball FighterZ is now available for the Xbox One family of devices and enhanced for Xbox One X. With amazing looking character models and an easy to learn but hard to master fighting gameplay, Dragon Ball FighterZ looks to be the definitive fighting game experience for fans of the “Dragon Ball” anime franchise. With a slew of features like 3 vs. 3 tag-team battles, online ranked matches, interactive lobbies and the six-player Party Match, there’s a ton here to take in and master. In addition to all those features, there’s also an epic single-player story that follows Android 21, a new character who was created just… Read more

An Amazing 2017 with Tons on the Horizon
It was just eight months ago when we introduced Mixer. Looking back on 2017, it’s hard to believe that so much has happened in such a short time….and it’s been an amazing feeling getting to bring our vision to life in a service and community unlike any other. Looking Back at 2017 In 2017, we introduced 4-person co-streaming, enabling streamers to combine their streams and chat on Mixer into a single unified experience, and giving viewers a way to watch the action from multiple perspectives. Several unique Mixer-interactive game experiences were brought to life during 2017, giving streamers and viewers a totally new way to play. These included Minecraft, Hello Neighbor,… Read more 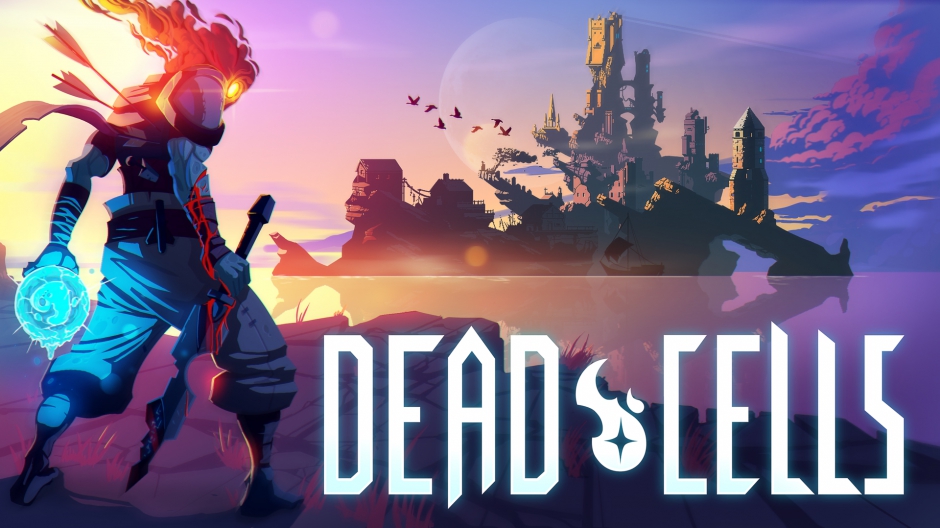 Roguevania Dead Cells Coming Soon to Xbox One
Dead Cells is a mash-up, a veritable Frankenstein’s monster of a game, which pretty much makes me Dr. Frankenstein, which is nice. We’re trying to wed the randomness, replayability, and adrenaline pumping threat of permadeath that you find in a rogue-lite, (think Binding of Isaac, Enter the Gungeon, Rogue Legacy, etc.) with the anticipation of exploration, the thrill of discovering a secret and the progressive unlocking of a world that you find in Metroidvania games (think Ori and the Blind Forest, Guacamelee, Axiom Verge, etc.). The main inspiration for the game is Castlevania: Symphony of the Night, which you might have noticed from the pixel art… But wait, there’s more! The… Read more

Step into the UFC 3 Octagon Before Launch with EA Access
Get ready fight fans! EA Sports UFC 3 is launching Friday, February 2, 2018 on Xbox One. Join cover athlete Conor McGregor and become the greatest of all time, inside and outside the octagon! You can start your training even earlier and become the G.O.A.T. even faster with EA Access. EA Access members can try EA Sports UFC 3 on January 25. Plus, your saved progress will carry over to the full game if you decide to buy. And as an EA Access member, you will also get a 10% discount automatically with your membership! Sign up for EA Access today. Get UFC 3 Champions Edition Get the ultimate octagon experience with EA Sports UFC 3 Champions Edition. In addition to getting three days… Read more 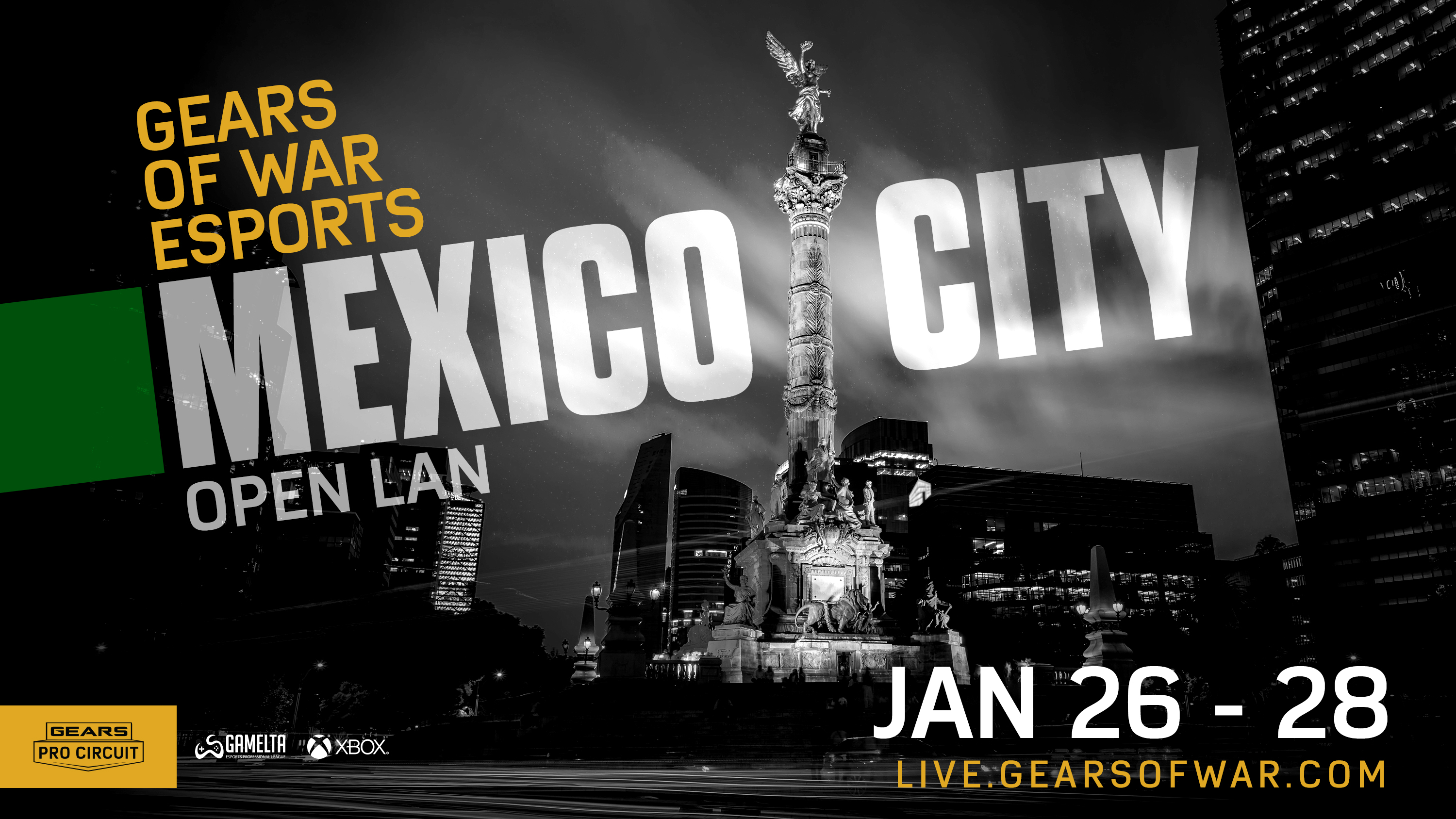 Gears Pro Circuit Descends on Mexico City
Gears Esports heads south of the border for the Gears Pro Circuit Mexico City Open from January 26 to January 28. This open event, held at the World Trade Center in Mexico City, will feature one of biggest and most passionate crowds in all of Gears of War esports cheering on their favorite teams as they battle for a $200,000 prize pool. Watch and see if local favorites Ronin and World Best Gaming are able to leverage the raucous, Latin American crowd to propel them past North American powerhouses like OpTic Gaming and Echo Fox or if OpTic Gaming will further solidify their legacy as perhaps the most dominant team in esports history, or if a team emerges from the Open Bracket to battle… Read more

Play Fallout 4 for Free This Weekend with Xbox Live Gold
Return to the Commonwealth for free this weekend as Fallout 4 has its second-ever free weekend exclusive to Xbox Live Gold members starting at 12:01 a.m. PST on Thursday, January 25 and running to 11:59 p.m. PST on Sunday, January 28. How do ya’ like them Dandy Boy Apples? In addition to the free weekend, you can take advantage of some great discounts on all versions of Fallout 4. Pick up the standard edition of Fallout 4 for 33% off, Fallout 4 G.O.T.Y. for 40% off, and Fallout 4 Season Pass for 50% off. You can also pick up the individual DLCs for 40% off all for a limited time! And should you decide to return to the Commonwealth at a later date, all your Xbox Live achievements and… Read more 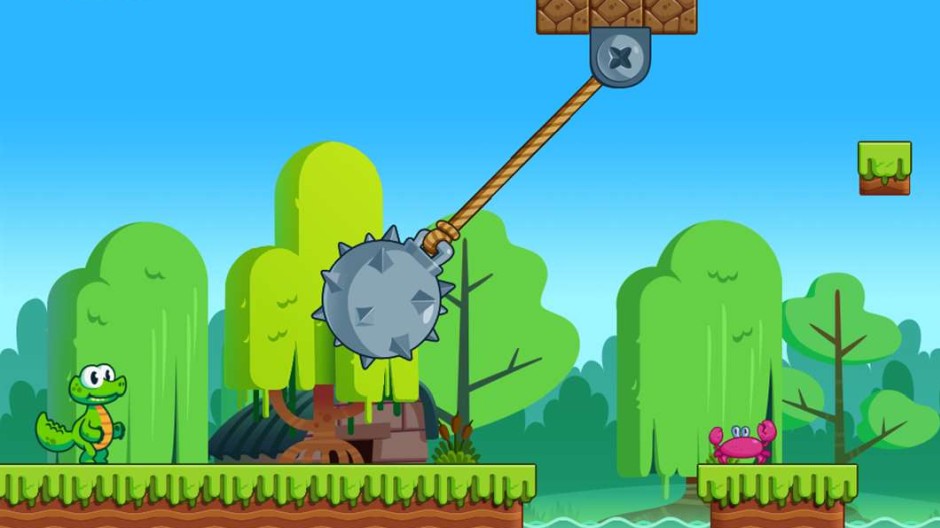 Creators Corner: Croc’s World
Xbox Live Creators Program empowers passionate developers everywhere to share their games with the world. In the Creator’s Corner series, Xbox Live Creators Program developers will share what inspires and motivates them to design and create their games, what challenges and creative solutions they pursue to bring their games to fruition, and how they leverage Xbox Live capabilities to enhance their games for Xbox. Today, we’ll be chatting with Benjamin Sprakel of Sprakelsoft, based out of Berlin, Germany, about his experience creating and bringing Croc’s World to the Windows and Xbox audience. What’s your favorite game, ever, and why? If you mean my favorite game of other studios… Read more

Xbox Live Sessions: UFC Champ Demetrious “Mighty Mouse” Johnson to Play Dragon Ball FighterZ with Friends
Demetrious Johnson and Xavier Woods may be professional fighters, but on January 25 at 2 p.m. PT, their true talent will be put to the test as they play the all-new Dragon Ball FighterZ on Xbox Live Sessions, an interactive livestream hosted on the Mixer Xbox Channel. Johnson, who remains the undisputed champion in the UFC Flyweight Division, and Woods, former multiple WWE Tag Team Champion, will join content creators Maximilian Dood and Rhymestyle at Bandai Namco headquarters in the ultimate fighting game showdown on Xbox One X. Fans will be able to tune-in to this very special livestream to see their fighting game skills put to the test and have the chance to submit questions as… Read more 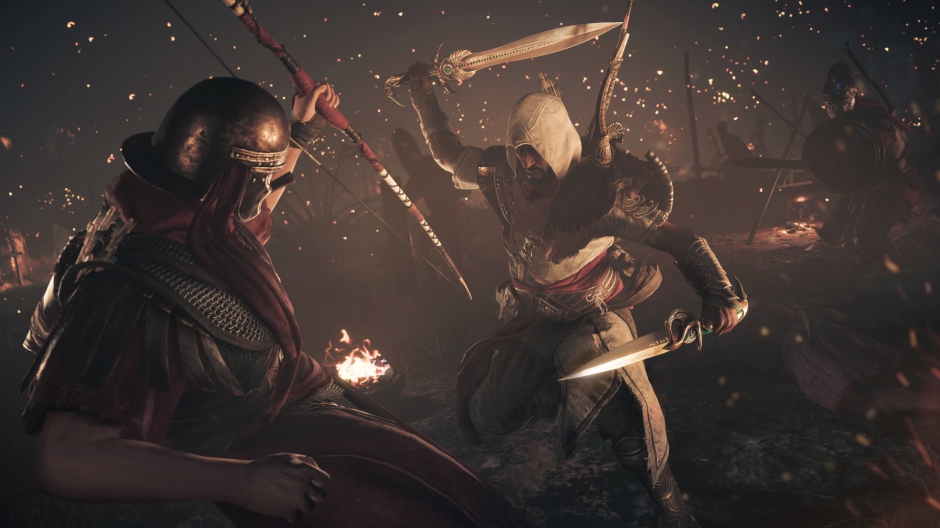 Prepare to Get Started in Robocraft Infinity, Coming Soon to Xbox One and Windows 10
Hello! Noddydog here to give you some getting started tips in Robocraft Infinity Enhanced Edition, coming soon to Xbox One and Windows 10. If you’ve never heard of us before, Robocraft Infinity allows you to build robots block-by-block and face off against other players in their own custom build robots in multiplayer deathmatch and battle arena. In Robocraft Infinity there is no limit to what you can build and take into battle. As we have a block-based system for creating robots, inspired by Minecraft, it’s possible to build whatever type of robot you want – be it an animal, car, jet, tank, mech, dinosaur in a top hat or something inspired by your favourite sci-fi game series… Read more 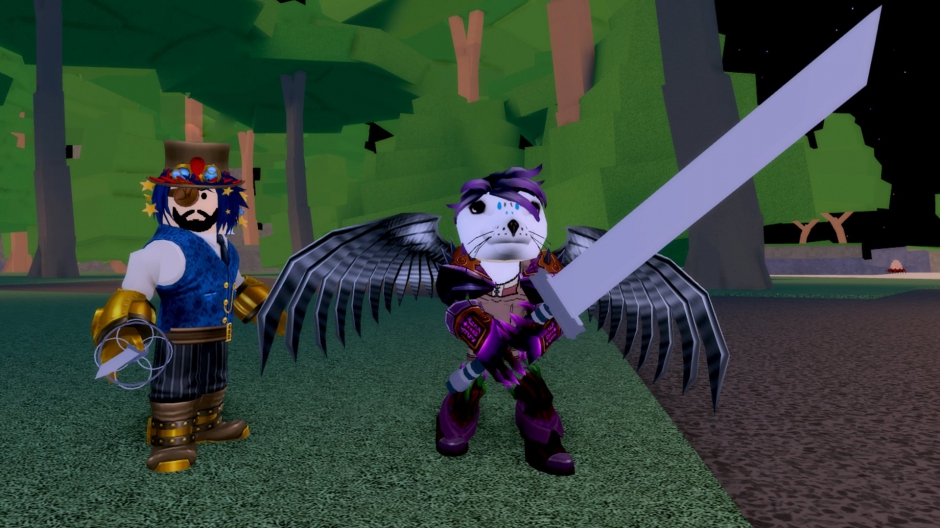 Flood Escape 2 and Swordburst 2 Come to Roblox on Xbox One
Today we’re excited to announce that the highly-anticipated sequels to Flood Escape and Swordburst Online are making their debut on Roblox for the first time on Xbox One! Flood Escape 2, created by indie developer Crazyblox, is all about carefully navigating a series of intricately-designed labyrinths in an attempt to survive a slew of rising environmental hazards ranging from lava to acid and…you guessed it, water. Working with other players to activate door switches in time and making outrageous leaps-of-faith won’t be enough to escape this time around. Now players can also swim and dive across all-new levels to figure their way out. Along the way, you can level up and purchase… Read more

Related:
Monster Hunter: World Arrives on Xbox One
Dragon Ball FighterZ Available Now and Enhanced for Xbox One X
Games: “Report a problem” like a Rockstar