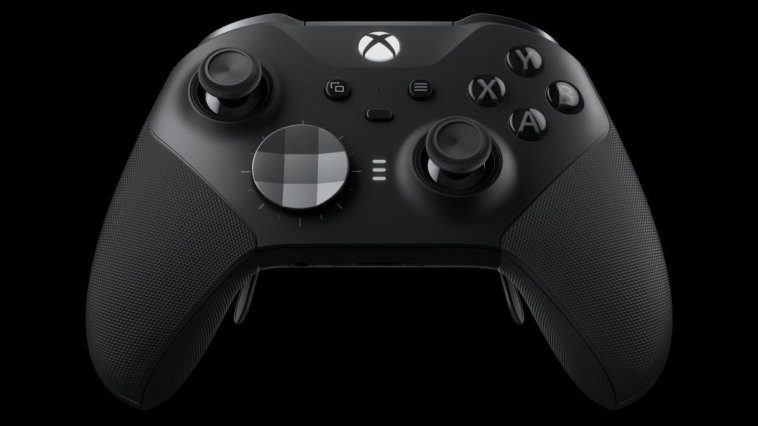 Earlier this week, we launched the Xbox Elite Wireless Controller Series 2 in 31 countries. Since release, we’ve seen a great response from our fans and have enjoyed seeing impressions on the controller show in reviews, unboxing videos, and posts from Taco Bell promo winners. Today, we’re excited to share the news that we will be launching the Elite Series 2 in seven more countries later this year: Argentina, Chile, Saudi Arabia, Singapore, South Africa, Taiwan, and the United Arab Emirates.

Argentina and Chile will both begin shipping on November 22, Saudi Arabia, South Africa, and United Arab Emirates on November 25, and Singapore and Taiwan on December 19.

For those of you who have picked up your new Elite Series 2, you may already be using it in your own unique way. With over 30 new ways to play like a pro, there are a lot of features to try. The best part is that the controller was designed to be fully customizable, and you can play with a specific setup that works best for you. With this in mind, we’ve created a few tips to help you get the most from your new controller:

1) Consider how you play today

Maximize the benefits of the Xbox Elite Wireless Controller Series 2 by
spending a few moments observing how you play games right now: Do you overshoot
or stop short when aiming? Do your shots feel like they fire late? Do you move
your right thumb from the thumbstick to the ABXY buttons a lot? In a fighter, do
you lift your thumb away from the D-pad between directions, or do you slide it
from one side to the other?

Those aren’t the only things to consider, but they’re good questions to ask as you think about your play style. Use this reflection to decide what controller part (e.g. D-pad, thumbsticks, or triggers) might be worth tweaking.

One very useful feature of the Elite Series 2 is the paddles, which are ‘snappier’ and are slightly smaller compared to their original Elite controller counterparts. Paddles enable you to input controls without needing to take your thumbs off the thumbsticks – saving you valuable reaction time. Depending on the game you’re playing, there may be common inputs that would work well when mapped to a paddle. Mapping a paddle to ‘A’ is usually a safe bet (‘jump’ in most FPS or action games). If you are struggling to get used to the paddles, try getting comfortable using just one first, and then add more from there.

If you’ve decided that your aiming in shooters needs adjusting, try adjusting the thumbstick tension. If you move the right thumbstick around aggressively and overshoot often, it might be worth increasing the tension, giving you a little more resistance and extra time to make minor aiming adjustments. You can also try swapping in a taller thumbstick on the right side, which gives your thumb a higher perch for more precise adjustments.

The Elite Series 2 has three levels of trigger depth. Setting the right
trigger to be as shallow as possible is ideal for semi-automatic weapons in shooters
because it reduces the physical travel time when repeatedly pulling the trigger.
You can also use the Xbox Accessories app to adjust the trigger dead zone. If
you want the triggers to be as sensitive as possible, effectively making aiming
and shooting quicker, try setting each trigger deadzone to 1-2. For competitive
matches in, say, Gears 5 or Apex Legends, that efficiency makes sense.

However, you won’t need to do this for every game. Games that require gradual or fine pressure on the triggers – think drifting in Forza Horizon 4 – may work better on the default settings.

While you’re in the Xbox Accessories app, have a look at the thumbstick
sensitivity curve for the left thumbstick – the one that usually controls the
movement of your character. With the exception of stealth games, where you
might want to nudge the left stick slowly to tiptoe through enemy territory,
you’ll generally want to move as quickly as possible.

A more immediate movement will help you avoid enemy attacks in action games or enable quicker strafing during 1v1 FPS battles. Setting the left thumbstick profile to “Instant” will translate your movements slightly quicker, getting your character to reach maximum movement speed faster than they did before.

6) Switch to the default profile quickly

Regardless of how many custom profiles you’ve set up, sometimes you just want the vanilla controller experience. Or perhaps you’re about to put the controller down and don’t want one of the paddles to be pressed accidentally. In these scenarios, just hold down the Profile button for a few seconds to immediately enter the ‘default profile’ mode where buttons have not been remapped and paddles are disabled. Easy!

7) Done for the day? Put it in the case and charge it simultaneously

The included carrying case is a great place to store your Elite Series
2. It protects the controller when not in use, but it doesn’t cut out the
convenience of charging. At the rear of the case is a pass-through port for the
included USB-C cable to go through and connect to the controller’s charging dock
(which also fits in the case!).

These are just a few tips to get you started with the Elite Series 2. As
always, we’d love to hear your feedback as you spend time with the controller
and figure out what works for you and what doesn’t. Above all, we can’t wait
for you to have fun with it! The Xbox Elite Wireless Controller Series 2 is now
available for $179.99 USD at Microsoft
Store and other select retailers. For more information, visit Xbox.com.