The Scarlet Nexus Demo is Available Now for Xbox One and Xbox Series X|S | Blogdot.tv

Have you ever wondered what the future would look like if humanity developed superhuman powers? Dream of joining an elite crew to confront an onslaught of hideous monstrosities that threaten world peace? Well, wait no further, as the demo for Scarlet Nexus has landed for Xbox One and Xbox Series X|S, ready to give you an interactive glimpse of the epic that is yet to come. What’s even better, Xbox players have 7 days of exclusive early access! Not familiar with Scarlet Nexus and want to know more? I thought you’d never ask!

Scarlet Nexus takes place in a country known as New Himuka, set in a distant future where technology and psychic abilities have evolved in tandem with humanity. People exhibit abilities that are obvious, like pyrokinesis where you control fire, as well as more complex abilities, like clairvoyance: the precognitive ability to see what is hidden before you.

For hundreds of years, fierce monsters known as “Others” have descended from the skies, terrorizing life on Earth with their insatiable desire for brains. To counter the scourge, the Other Suppression Force (or OSF) was formed as a last line of defense, utilizing psychic abilities in conjunction with traditional weaponry and battle tactics.

In the game Scarlet Nexus, you can take on the role of either Yuito Sumeragi, the young, enthusiastic recruit from a prestigious family or Kasane Randall, the stoic psionic who graduated top of her class. Each story playthrough takes place during the same point in time, though experienced through the eyes of separate heroes. Additionally, both Yuito and Kasane exhibit different gameplay, where Yuito’s attacks and skill tree focuses on close combat and recovery, whereas Kasane is a mid-range attacker with early skill unlocks focusing on dexterity and agility.

There will be some shared experiences and locations and some unique to each character, giving players a rich understanding of both the core story as well as the cast of characters in this new JRPG.

In the demo, both Yuito and Kasane’s initial gameplay can be experienced. This will be an excellent entry point into the lore of Scarlet Nexus and a taste of what is to come for our heroes. Be sure to try out both story paths and save your gameplay, as you will be able to unlock some cool cosmetic items and plug-in enhancements to help you in your adventures in the full game.

What was their perspective on the events as the unfolded? What secrets are revealed once you start your second play? Answers to these questions and more await you in Scarlet Nexus, landing on June 25. Can’t wait to become an OSF recruit? Then pre-order now to receive free costume and cosmetic item DLC bonuses like the Special Battle Attire Set -Audio- and the Additional Attachment Set “Shoulder Baki (11)”! 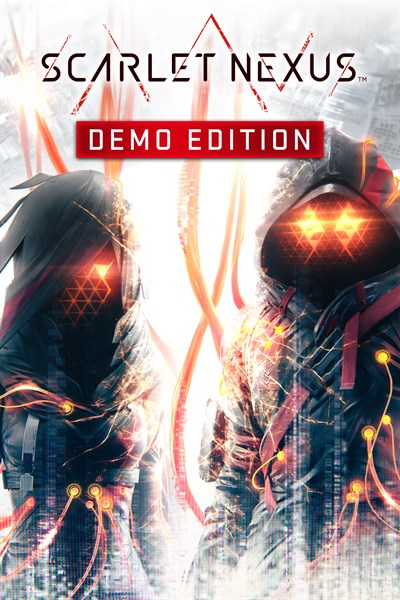 ☆☆☆☆☆ 39
★★★★★
Get it now
This is a Demo Edition of SCARLET NEXUS. Some functions are limited in this version. – What's included in the demo version? Play as either one of the two main characters, Yuito Sumeragi or Kasane Randall. Includes action-packed gameplay using psychokinesis powers, assistance from varied allies, and numerous cutscenes. – What is SCARLET NEXUS? A civilization far in the future that has been developed by "powers" is ravaged by "Others" that rain from the sky. Others were all but untouchable, until extraordinary psionics were gathered to form the Other Suppression Force to ensure the safety and livelihoods of the people. Yuito Sumeragi wanted to join the OSF because he was saved by them as a young boy. Kasane Randall was scouted for her outstanding abilities with her power. Together these two psychokinesis users fight in the ranks of the OSF, pushing their knowledge of not only their own abilities, but of the world they live in and the dark truth it hides. Experience a riveting story in a world developed by brains and technology as a psychokinesis user that fights with their equally talented allies from two different main characters' perspectives in this brainpunk action RPG. *The game has been adjusted in some ways specifically for this Demo Edition. 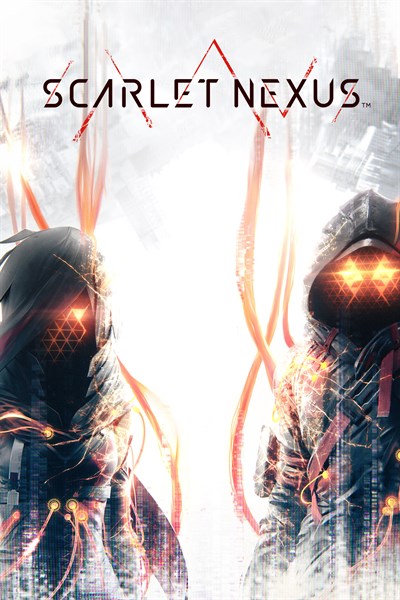 ☆☆☆☆☆
★★★★★
$59.99
Pre-order
Pre-order now and get the following content as a bonus: – Additional Attachment Set "Shoulder Baki (11)" – Special Battle Attire Set -Audio- – Additional Attachment "Face Vision Seal" – Additional Attachment "Dream Catcher" In the far distant future, a psionic hormone was discovered in the human brain, granting people extra-sensory powers and changed the world as we knew it. As humanity entered this new era, deranged mutants known as Others began to descend from the sky with a hunger for human brains. Highly resistant to conventional attack methods, extreme measures needed to be taken to battle the overwhelming threat and preserve humanity. Those with acute extra-sensory abilities, known as psionics, were our only chance to fight the onslaught from above. Since then, psionics have been scouted for their talents and recruited to the Other Suppression Force (OSF), humanity’s last line of defense. Featuring a dual story, begin your adventure with either Yuito Sumeragi, an energetic recruit from a prestigious political family or Kasane Randall, the mysterious scout whose power and skill has gained great notoriety among the OSF. As their different experiences interweave with each other, it is only then that you will reveal the full story and unlock all the mysteries of a Brain Punk future caught between technology and psychic abilities in SCARLET NEXUS.