The Riftbreaker launches October 14 on PlayStation 5. It’s been an incredible pleasure bringing our latest game to life on the next-gen hardware, and we hope you will have a lot of fun discovering all of its secrets next month! The Riftbreaker is a base-building strategy game with elements of survival, exploration, and action-RPG. As Captain Ashley S. Nowak your job is to jump through a one-way portal to Galatea 37, a distant planet in the far reaches of the Milky Way Galaxy. Once you’re there you must singlehandedly prepare the planet for further colonization. 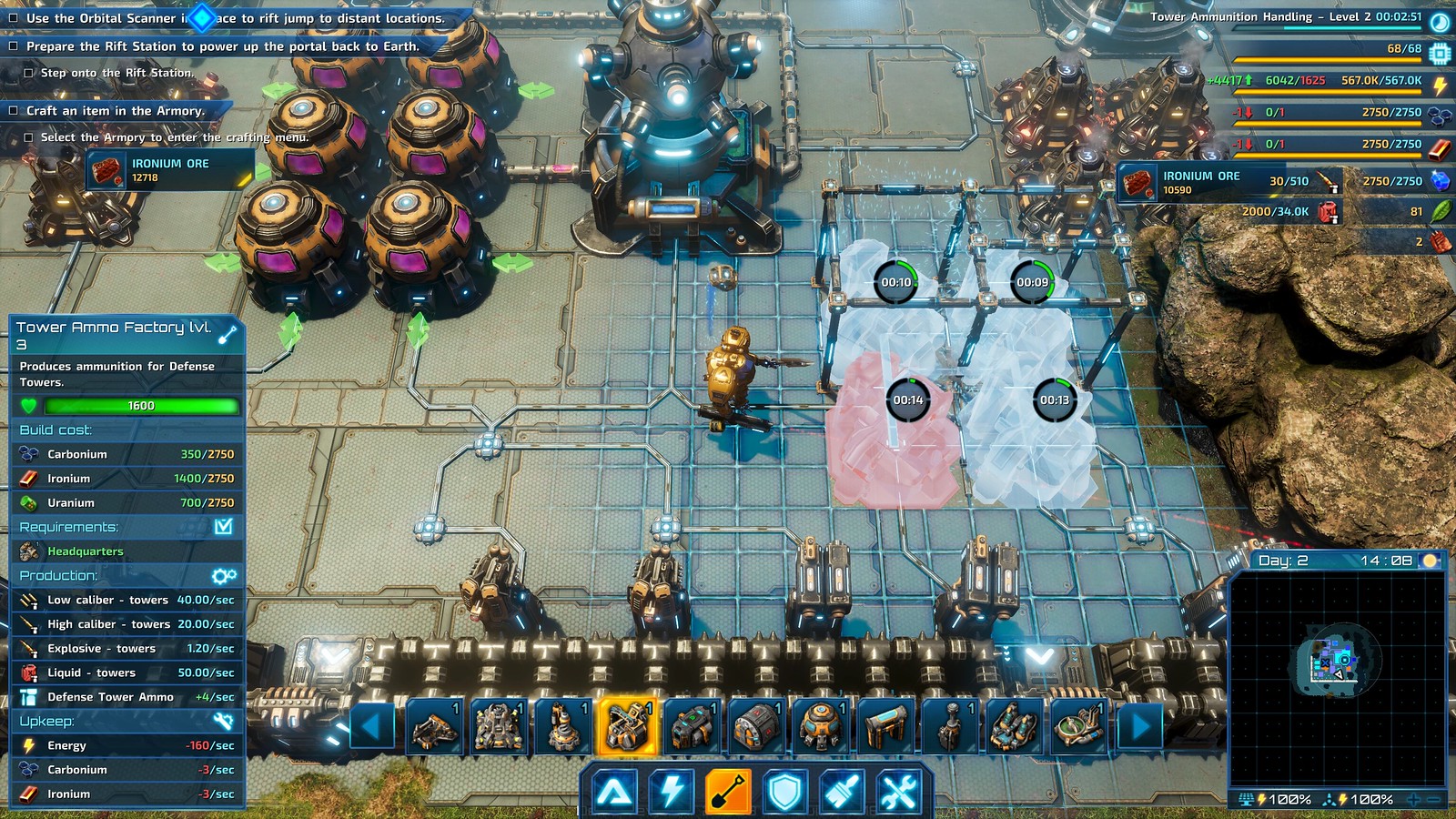 Luckily, thanks to the power of PS5 we could fully realize our vision and expand on it with unique features that will immerse you in the world of The Riftbreaker even further. The DualSense controller gave us entirely new avenues of communicating with the player. For instance, the Adaptive Triggers become harder to push when the player runs out of ammunition, giving them instant feedback. The Triggers also start pulsating every time the weapon is ready to release a powerful, charged-up shot, increasing player effectiveness during combat. 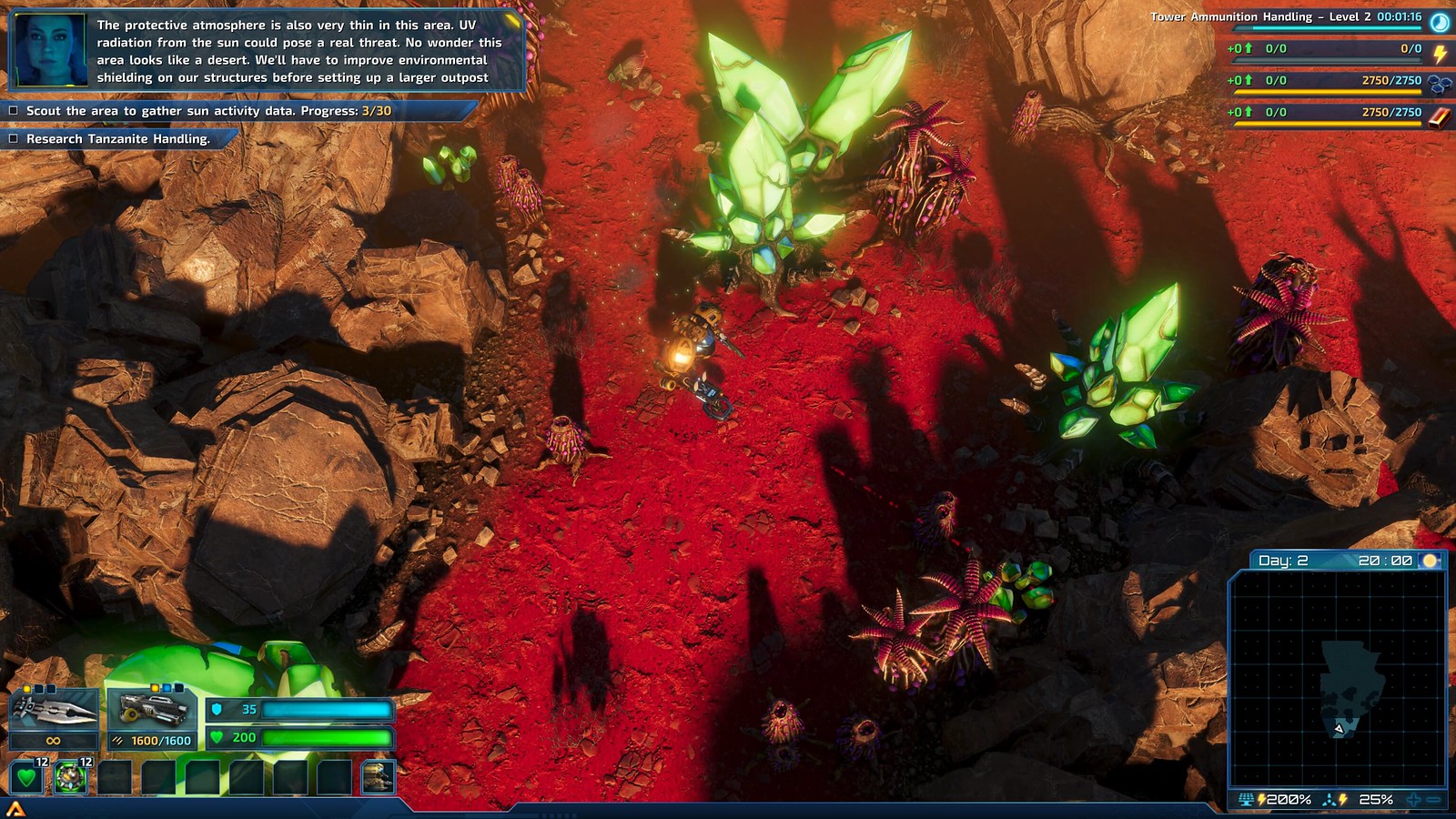 Thanks to DualSense’s haptics, players can feel a tangible connection with the world of Galatea 37. While exploring the vast jungle, players will feel raindrops hitting the controller, as well as different types of terrain beneath their feet. The feeling of the controller changes between biomes – you will feel the shifting sands in the desert dunes, the rubble of rocks in the volcanic zone, as well as many others. But haptics aren’t limited to nature. While using tech gadgets, such as the Geoscanner or Geiger Counter, the DualSense controller will vibrate in correlation to the strength of the readings from those sensors. 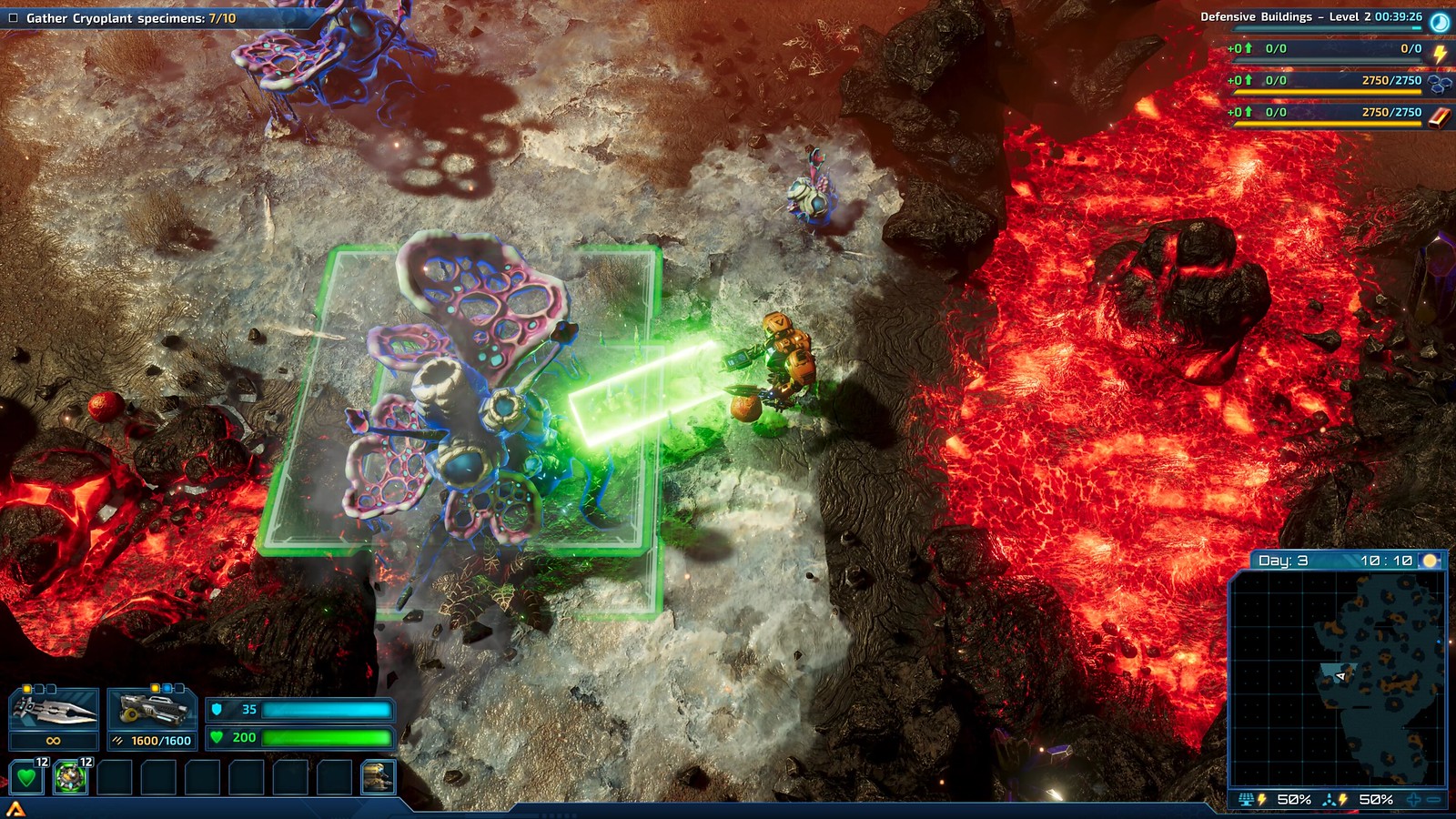 However, The Riftbreaker on PlayStation 5 offers much more than that. When we started working on this project back in 2018 we already knew that we wanted to deliver a truly next-gen experience for our players. We enhanced our custom game engine, The Schmetterling 2.0, with cutting-edge features and technologies that allow us to fully take advantage of the next-gen hardware. 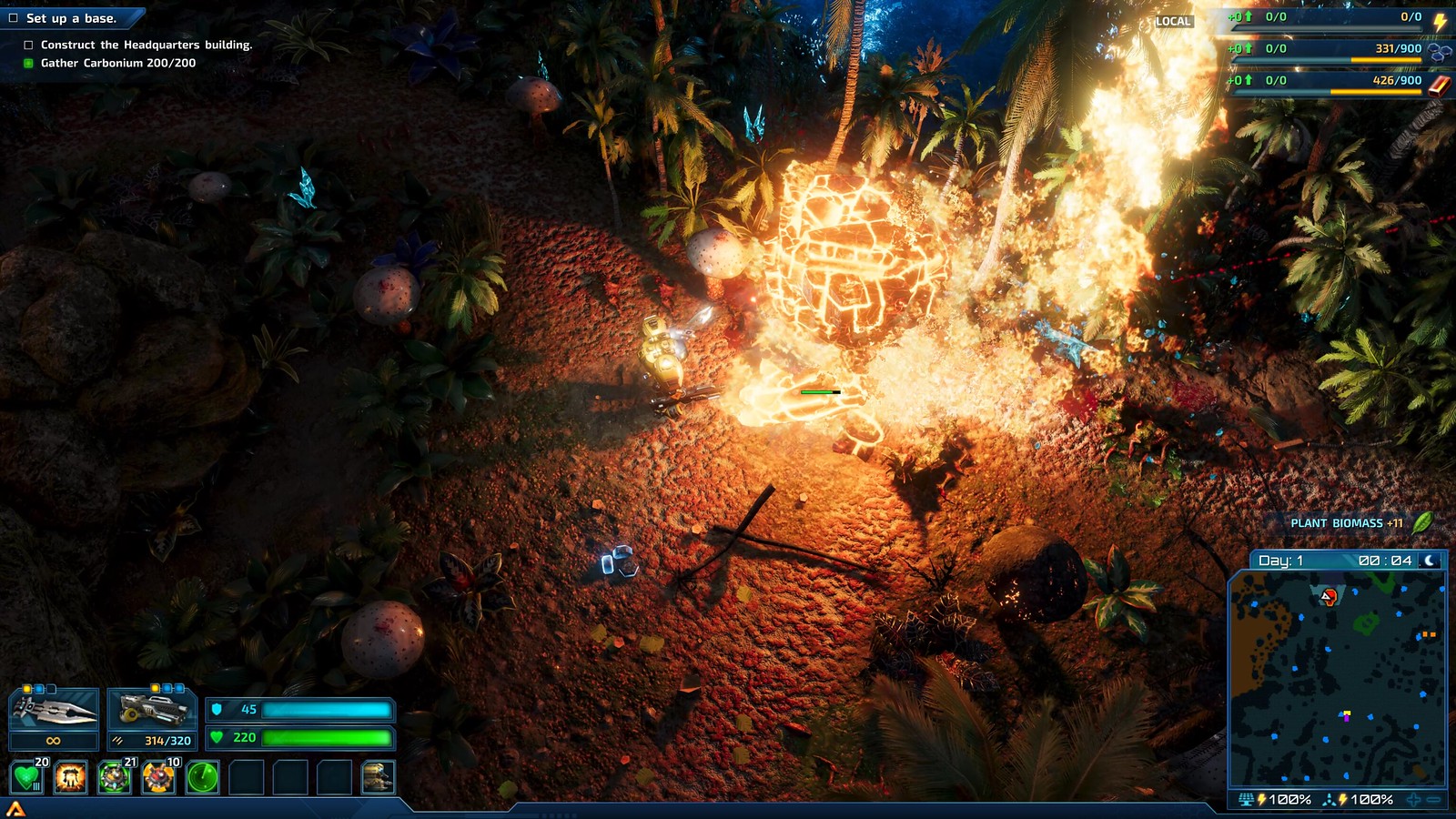 First of all, you will be able to play The Riftbreaker on PS5 with ray traced shadows. Thanks to the use of RT shadows we can ensure that every scene in the game will feature beautiful, dynamic soft shadows that are entirely accurate in every frame. This technology also allows to include additional shadow casting lights like for example a comet flying above the player’s head or a burning fire golem that illuminates its surroundings with precise shadows being cast by every blade of grass. 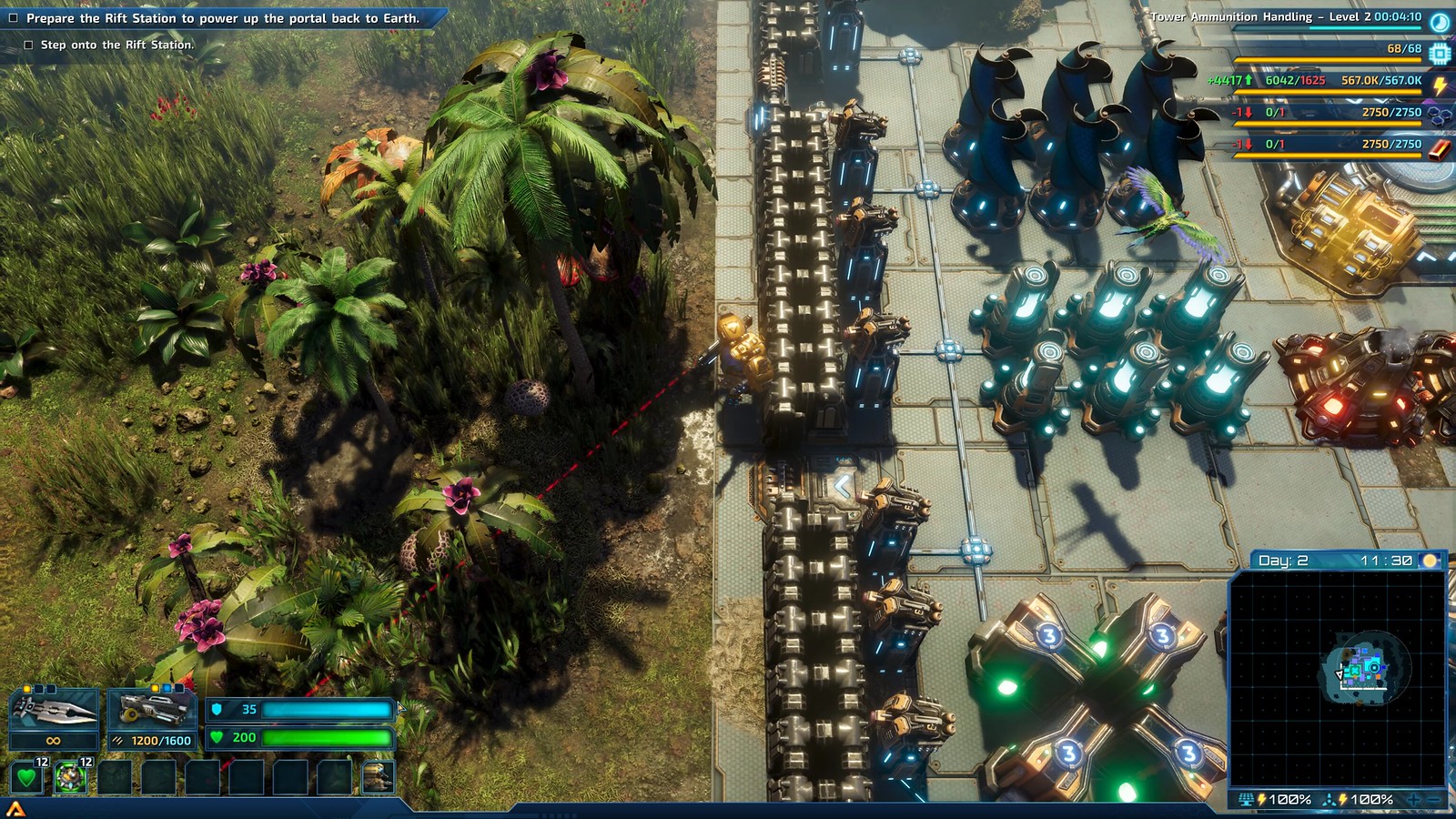 None of that would matter if we had to compromise the game’s performance. Luckily, thanks to the power of PlayStation 5 and the use of AMD FidelityFX Super Resolution technology, we can tell you right now that you will be able to play The Riftbreaker in 4K with ray tracing enabled. We always strive to deliver the best performance possible while maintaining visual fidelity at the highest possible level. The world of Galatea 37 will greet you with high-resolution textures, dynamic vegetation, and amazing spectacles of light and shadows. 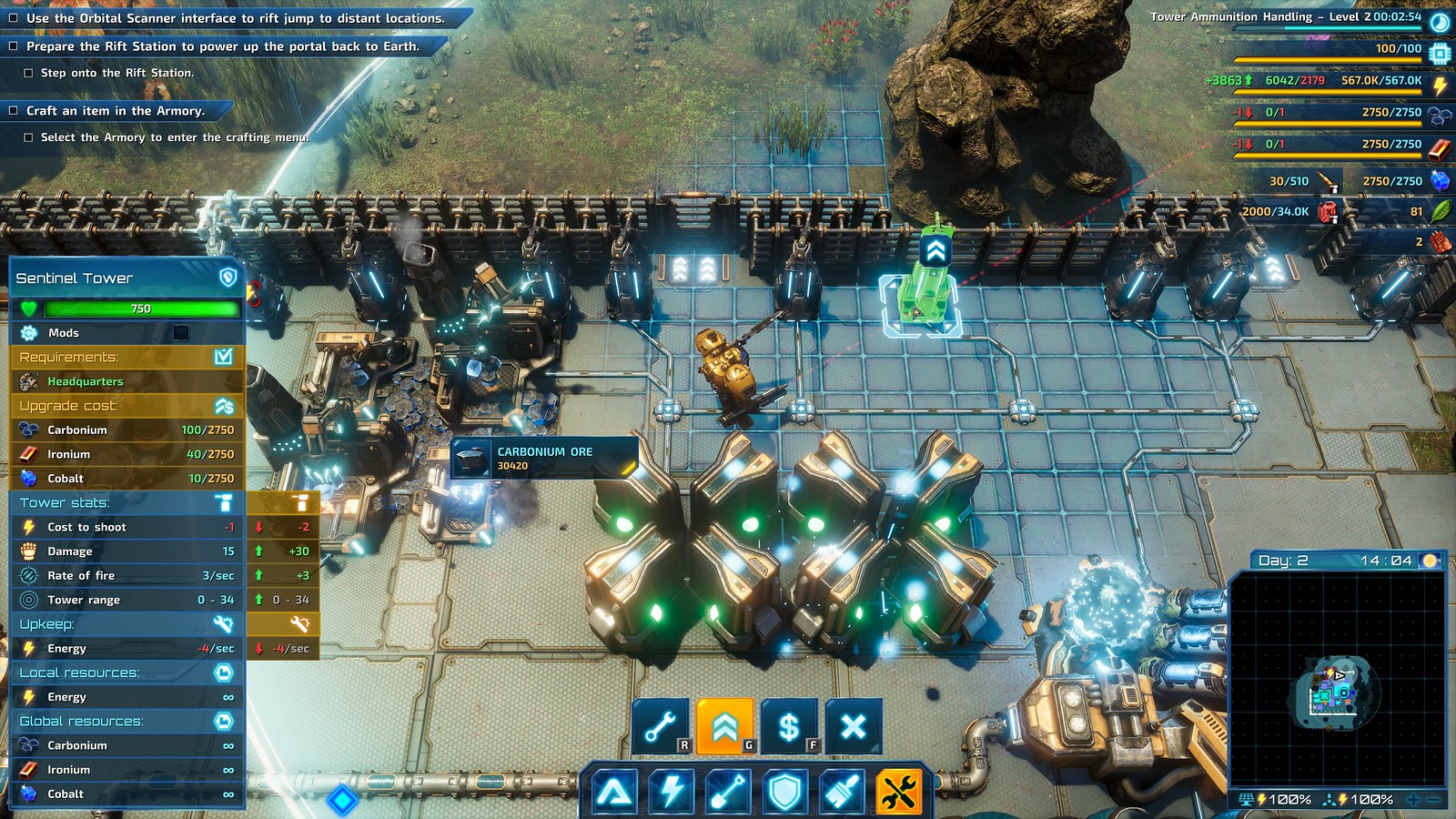 The Riftbreaker is a very open-ended game. There is no right or wrong way to play. If you prefer a more action-oriented approach, you can limit base-building to a bare minimum and take on the hordes of Galatean creatures head-on. Alternatively, if you prefer to stay inside your fortress most of the time, you can spend hours designing the most optimal layout and enhancing your economy. Both paths will eventually lead you to success, and both approaches are equally valid – everyone has their preferences, after all. That is also why we offer you two control schemes. You can either play using the DualSense controller or by plugging in a USB keyboard and mouse into your console. Both options offer full customization of all available buttons. Play the way you like.

We hope that playing The Riftbreaker on PS5 will be an amazing experience for you. We are thrilled to see your reactions and hear your feedback on the game. Your mission to Galatea 37 begins on October 14.