The big week is nearly upon us: E3 is almost here and we can’t wait to share a look at the future of Xbox with our fans. We’re also excited because E3 also marks the start of our greatest Xbox deals of the year, when gamers can upgrade their console, accessories, and games at deep discounts.

If you’ve been waiting for the right moment to buy an Xbox – that moment is now. In addition to great discounts on the Xbox One consoles you know and love, we’re happy to announce that there’s a new bundle joining the family. The new Xbox One S Fortnite Battle Royale Special Edition bundle includes a Special Edition purple 1TB Xbox One S, the Dark Vertex cosmetic set featuring Legendary Outfit, Epic Glider, and Rare Pickaxe (available in free Battle Royale and Creative modes only), 2000 v-bucks, and one month Xbox Live Gold subscription and Xbox Game Pass trial.

Starting on June 7, you’ll find discounts on hundreds of games, accessories, and console bundles. Offers include:

And this is just a sample of the savings! Whether you’re shopping in a physical store, online or through your Xbox console, make sure to check xbox.com, Microsoft Store, and participating retailers nationwide for more details on dates, availability, and pricing as deals may vary.

Up to $100 off select Xbox One bundles at Microsoft Store and participating retailers. If you haven’t upgraded to an Xbox One X yet now is the time, with $100 off from June 7 – June 17. Get deals on Xbox One X Enhanced titles like Sea of Thieves, FIFA 18, Assassin’s Creed Origins, and Forza Motorsport 7, and immerse yourself in stunning 4K ultra HD gaming with HDR. For the best value in games and entertainment, pickup our new Xbox One S Al- Digital Edition starting at $199 from June 7 – June 17. 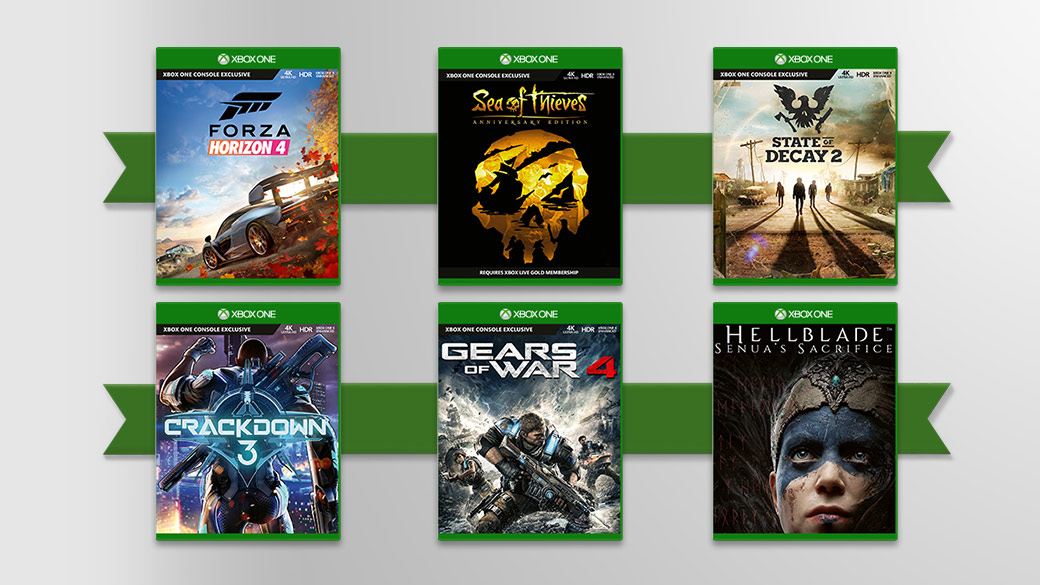 Great savings on hundreds of titles. Get amazing deals on hundreds of games including those blockbusters you’ve been meaning to pick up like Mortal Kombat 11, Sekiro: Shadows Die Twice, Forza Horizon 4, World War Z, Tom Clancy’s The Division 2, Sea of Thieves, NBA 2K19, Anthem, and Call of Duty: Black Ops 4 Spectre Rising Edition. Full games are starting as low as $19.99, making it easy to add to your collection.

Accessorize with a new controller. Save $10 on black, white, special edition and limited-edition Xbox Wireless Controllers, all featuring a sleek, streamlined design and textured or rubberized grips, custom button-mapping and Windows 10-compatibility. Or, design your own controller by choosing from over a billion color combinations available with Xbox Design Lab, starting at $64.99 for a limited time only.

Upgrade your gaming PC. This year, we’ve also got some exciting sales from a wide range of PC gaming partners, including Asus, Razer, and MSI. You’ll be able to get up to $500 off a new gaming PC or gaming laptop, as well as FreeSync displays. If you’ve already got your gaming setup, we’ve got PC games galore on sale, including Forza Motorsport 7 Ultimate, Gears of War 4, Deep Rock Galactic, and more.

Plus save on officially licensed console and PC accessories from Astro, Seagate, Turtle Beach and Hyperkin.

Check with xbox.com, Microsoft Store and participating retailers nationwide for more details on availability and pricing as deals will vary between retailers.

Related:
This Week on Xbox: May 31, 2019
Build Your World on PixArk with These Tips, Available Today on Xbox One
Next Week on Xbox: New Games for June 4 to June 7