Get ready for one Hell of a night. Afterparty launches Tuesday on PS4, pitting two best friends against the lord of the underworld himself in the most important drinking contest of their afterlives. This one comes from the talented team at Night School Studio, whose debut hit Oxenfree blazed new trails in the realm of branching storytelling. It’s gonna be weird! 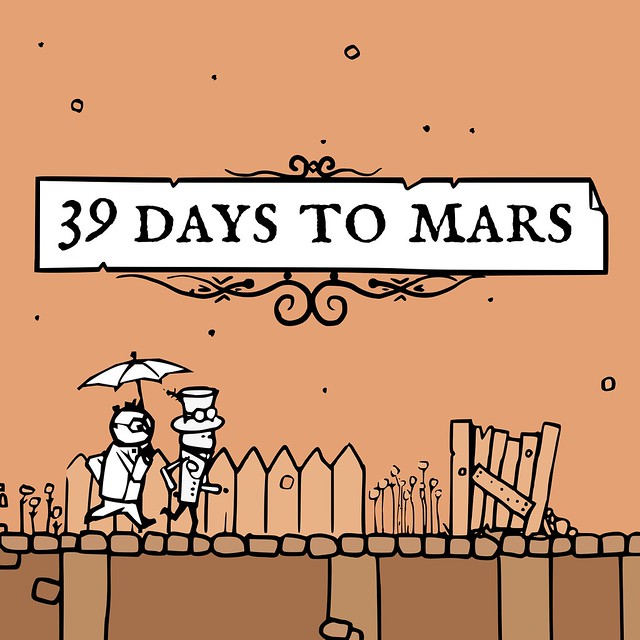 Embark on the 19th century’s most unreliable spaceship in this two-player couch co-op adventure. 39 Days to Mars is a unique game designed to be played with a friend, where both players have important roles in the expedition. Solo players are aided by the computer-controlled ship’s cat.
Afterparty
PS4 — Digital 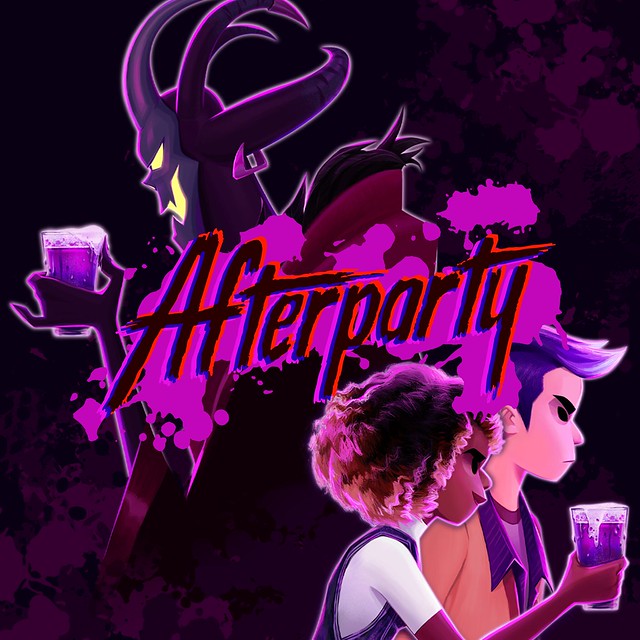 In Afterparty, you are Milo and Lola, recently deceased best buds who suddenly find themselves staring down an eternity in Hell. But there’s a loophole: outdrink Satan and he’ll grant you re-entry to Earth. Time to go on the best bender ever.
Annihilation
PS4 — Digital 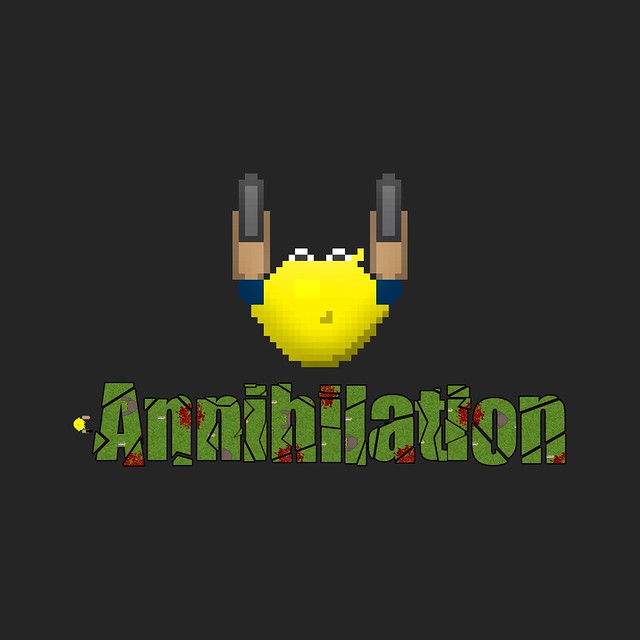 Annihilation is a top-down arcade shooter. Defend your base from waves of enemies that spawn in random variations for endless fun. Try to earn high scores and go for perfect scores! Grab a friend and fight off waves of enemies together in a special Co-op mode, or go head to head in versus mode! Prepare for the onslaught.
Antigraviator
PS4 — Digital 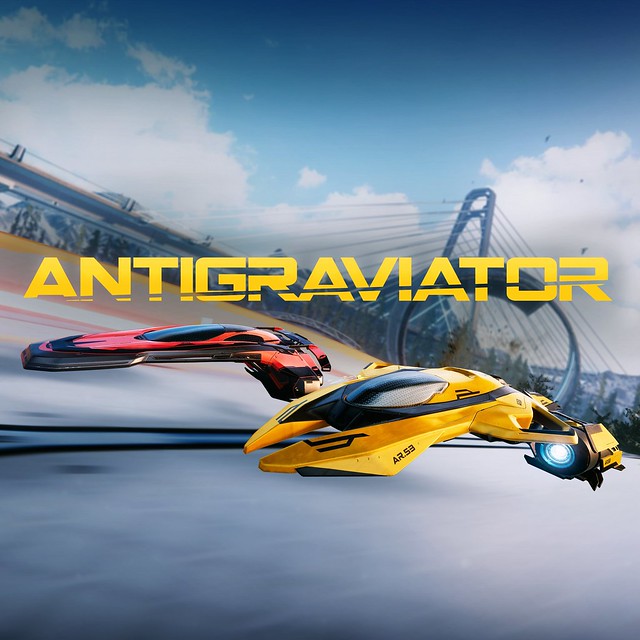 Antigraviator is a sleek new take on the anti-gravity racing genre. Use traps, power-ups and boosts to overtake your opponents and dominate the track in single player or multiplayer mode. With no speed limit holding you back, Antigraviator delivers the fastest racing experience of the future.
Blind Spot
PS VR — Digital 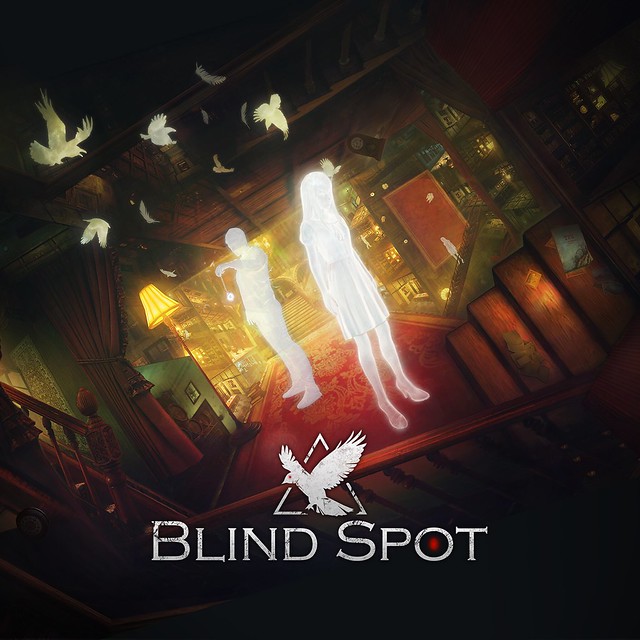 Blind Spot is a story-driven VR adventure game. Explore rooms, solve puzzles, follow your heart, and decide what is the truth in the end.
Castle Costume
PS4 — Digital (Out 10/31) 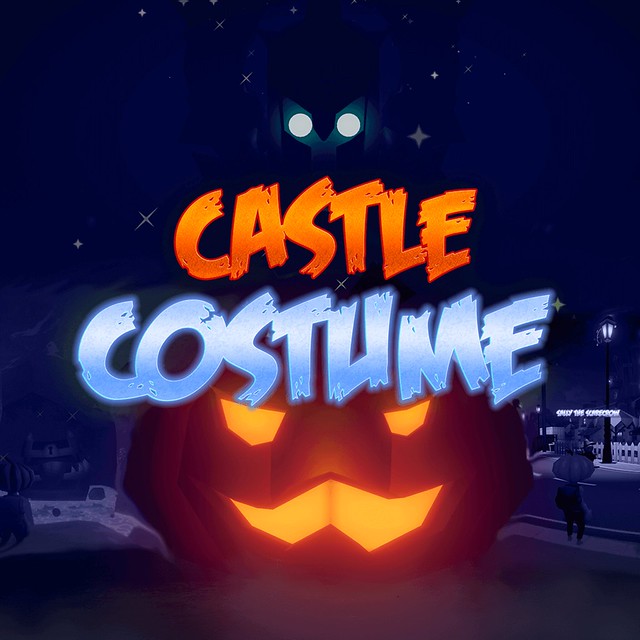 Castle Costume is a platform action-adventure game set in a semi-open world environment and played from a third-person perspective. Travel between four worlds, which can be explored without time limits. Throughout the game, unlock different abilities and befriend characters, as only together can you save Halloween.
Citadel: Forged With Fire
PS4 — Digital, Retail (Out 11/1) 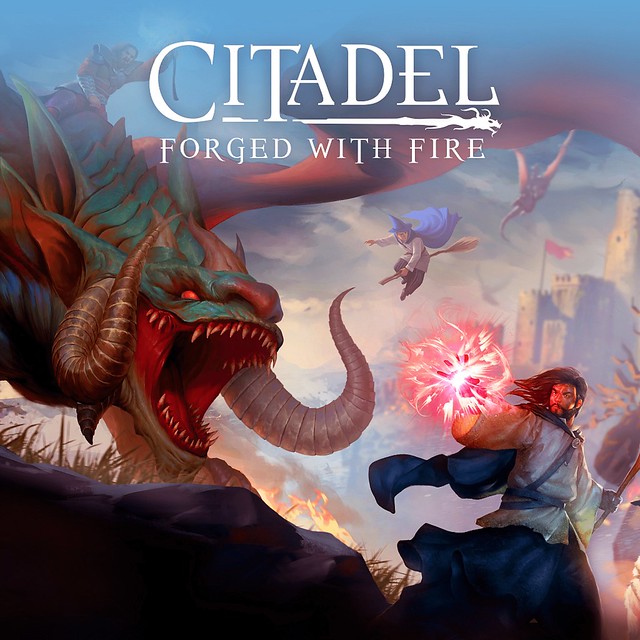 Citadel: Forged With Fire is a massive online sandbox RPG with elements of magic, spellcasting and inter-kingdom conflict. As a newly minted apprentice of the magic arts, you will set off to investigate the dangerous world of Ignus. Your goal: create a name for yourself and achieve notoriety and power among the land’s ruling Houses.
Close to the Sun
PS4 — Digital 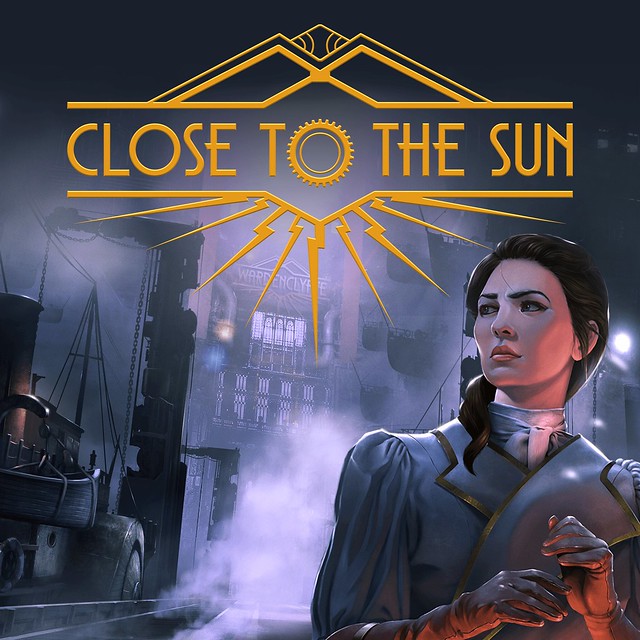 It’s 1897. Deep in international waters, the Helios stands still. An unbound utopia for scientific research, born of Nikola Tesla’s vision. Journalist Rose Archer steps aboard in search of her sister Ada, quickly to discover not all is as it seems. The stench of rotting flesh lingers in the air. Silence. A single word is painted across the entrance… QUARANTINE!
CoolPaintr VR: Deluxe Edition
PS VR — Digital (Out 10/30) 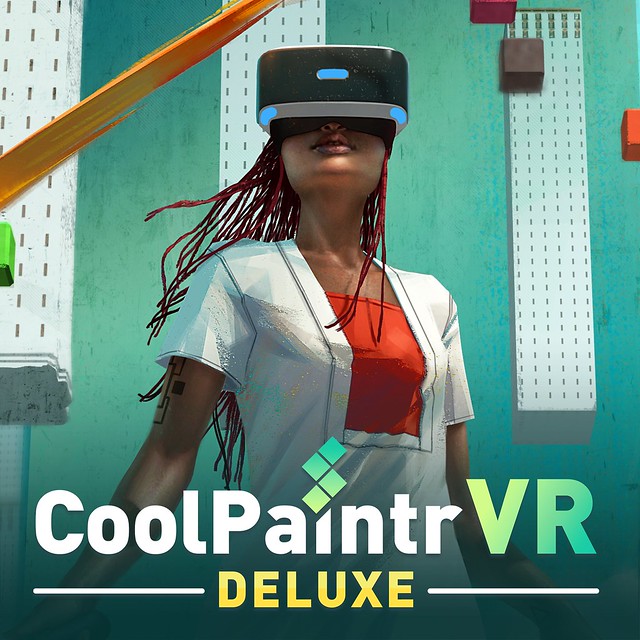 Enjoy the full CoolPaintr VR experience and bring out the artist you have inside with the Deluxe edition where, in addition to the original game, you will get the Voxel DLC as well as future gifts. Draw in space and share your creations with other artists. The only limit… is your mind!
Delta Squad
PS4 — Digital 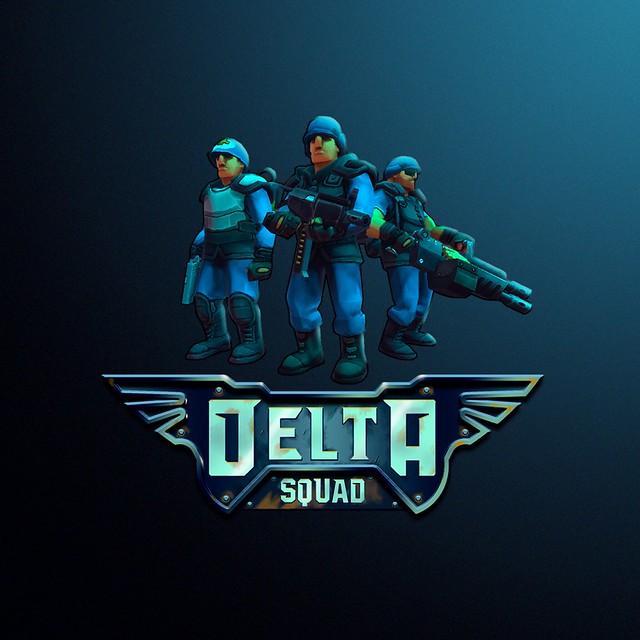 Delta Squad is an arcade game that will bring back memories of games from the 90s, but with a fresh look for the modern era. Having already survived an alien invasion in FullBlast, the Delta Squad must now do battle against General Rumanovsky, a maniacal overlord who will stop at nothing to achieve global domination.
Disgaea 4 Complete +
PS4 — Digital 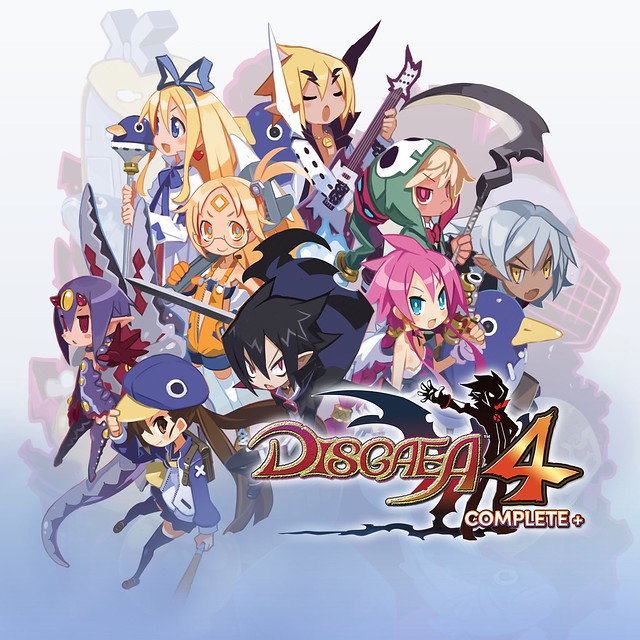 When the ruling powers of Hades are revealed to be corrupt, Valvatorez must spark a rebellion to bring them down! Armed to the teeth with dynamic, over-the-top gameplay and a horde of special features, this is the ultimate Disgaea!
Disney Classic Games: Aladdin and The Lion King
PS4 — Digital, Retail 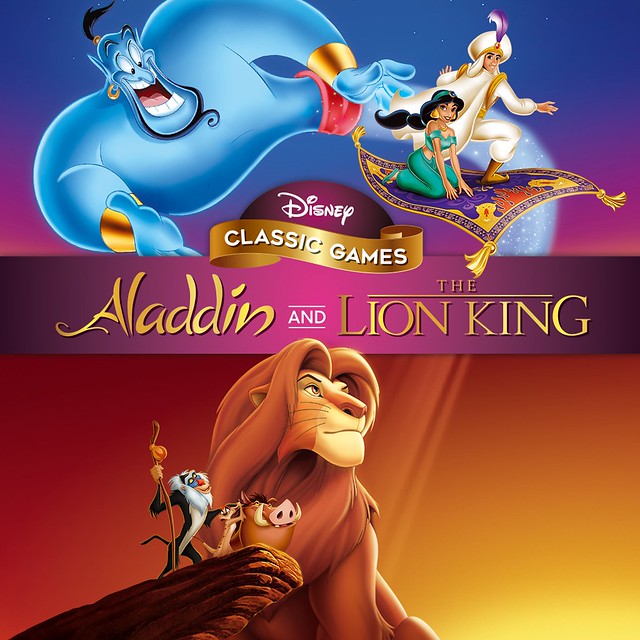 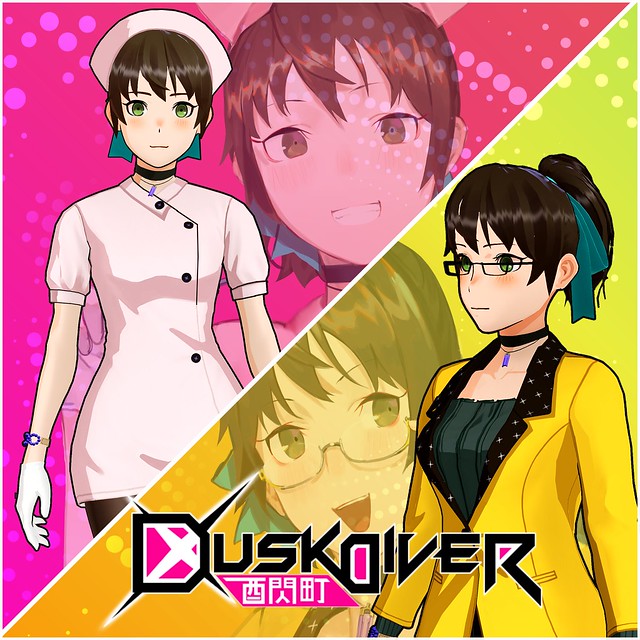 When an unstable dimensional rift brings together Gods, Phantoms and Humans, headstrong highschool girl Yang Yumo must step up to protect the neighborhood. Fight alongside your guardians as part of a dynamic action-oriented combat system in the bustling streets, stores, personalities and even cuisines of Taipei.
The Forbidden Arts
PS4 — Digital (Out 11/1) 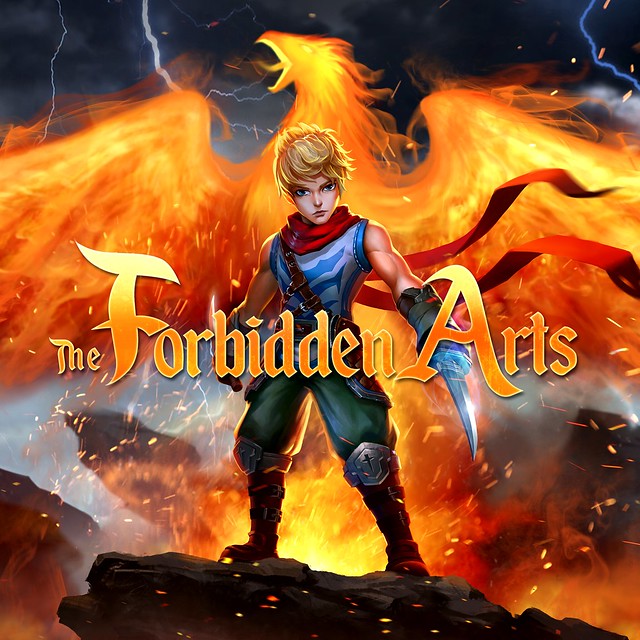 The Forbidden Arts is an action adventure platformer with a focus on discovery and exploration. When the hero of the game, Phoenix, seeks the counsel of a druid to make sense of his visions, she awakens the latent pyromancy within him. This begins an epic journey from Phoenix’s humble beginnings as he seeks to master the element of fire.
Ghost Parade
PS4 — Digital, Retail (Out 10/31) 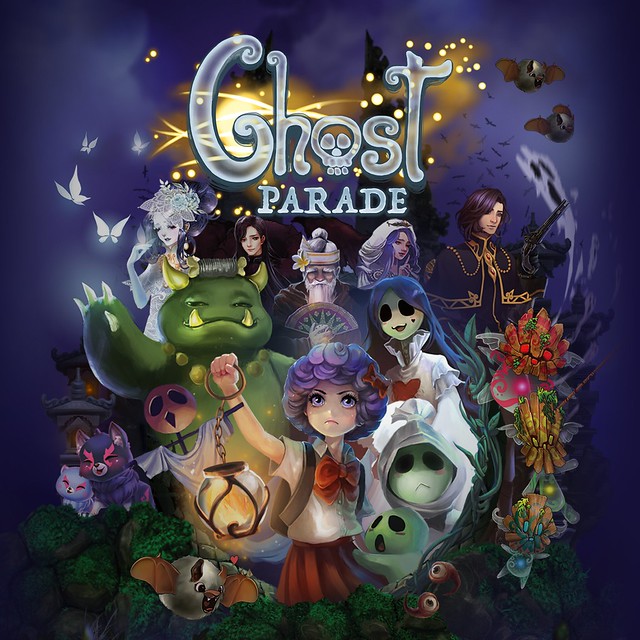 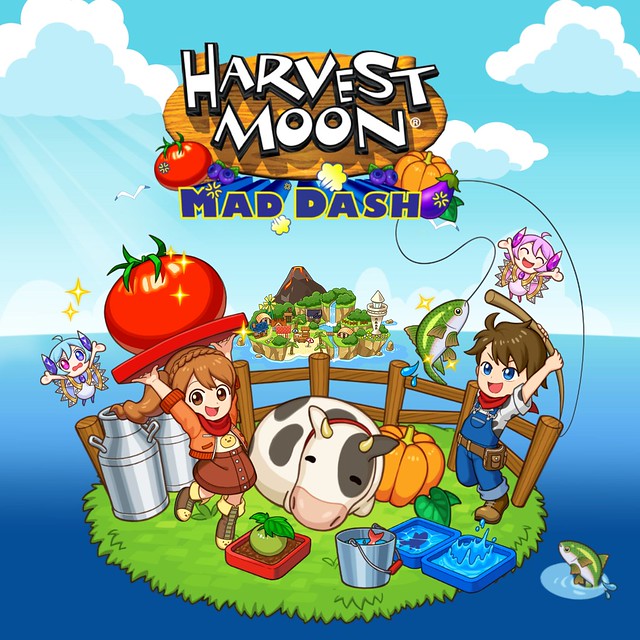 Go solo or take along a few friends in this fast-paced farming frenzy! Harvest, fish, milk, and more as you fulfill orders to complete each level, but watch out for molten lava, raging boars, and other obstacles! Can you and your friends try to clear all the levels to restore the broken lighthouse?
Lost Artifacts: Time Machine
PS4 — Digital 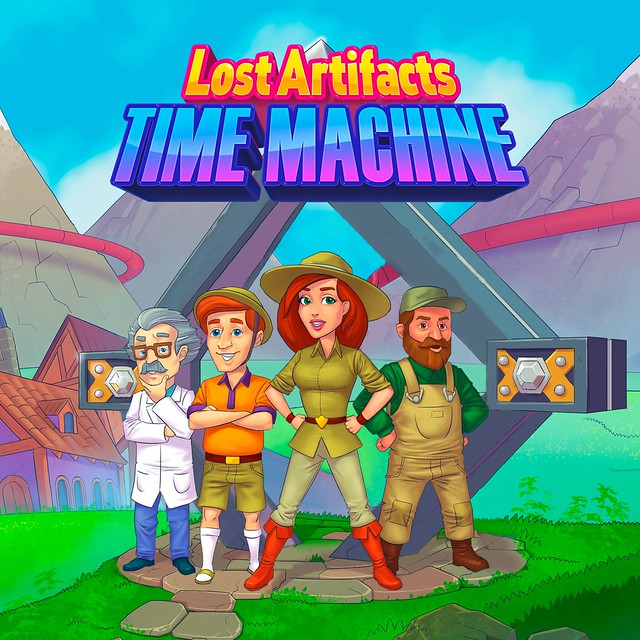 A mysterious villain is using a time machine to destroy everything in his path. He wants to return the Priest, the King of Atlantis and the Ancient Emperor so he can use them to create a new world order! Claire and her friends must find out who the villain is and stop him and all his minions. Hurry, let’s go on a journey!
Miles & Kilo
PS4, PS Vita — Digital (Cross-Buy) 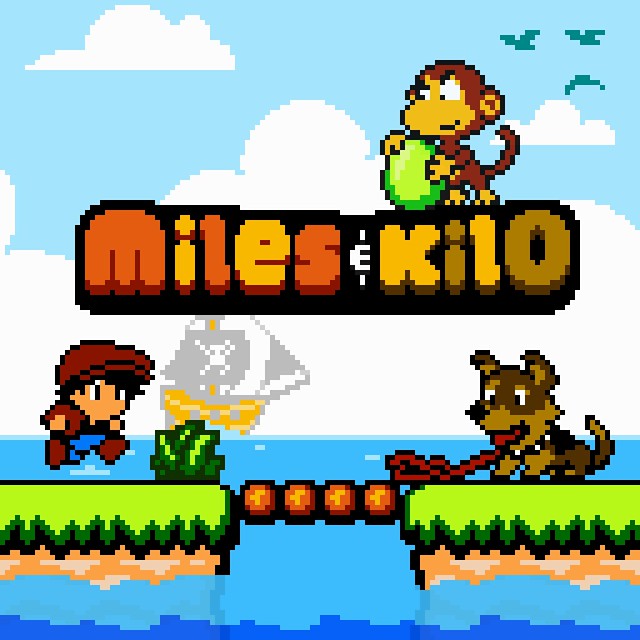 Miles and Kilo have been attacked by a mischievous spectre! With their plane in pieces and a gang of thieving scoundrels running off with the important parts, the unfortunate duo’s only hope of escape is to embark on a thrilling chase across a haunted island.
Qubit’s Quest
PS4 — Digital (Out 11/1) 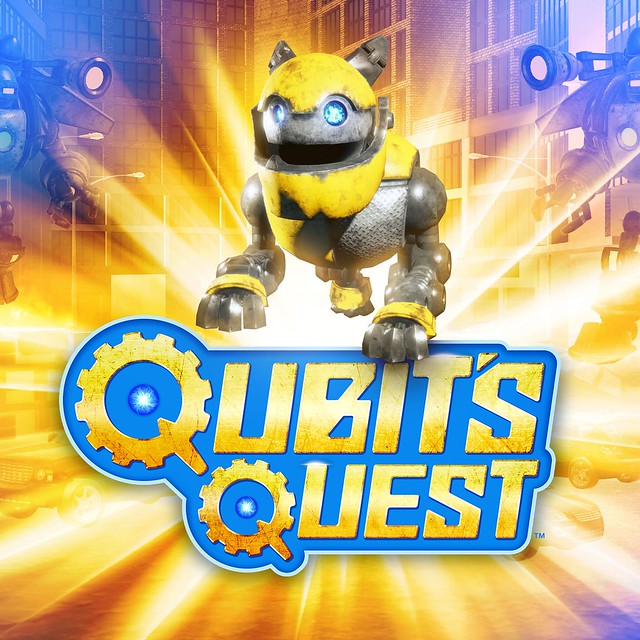 It’s your job to protect Qubit! Welcome to the Rover Blaster Tactical Team. Your mission is to ensure the safe delivery of Qubit’s communications and data. Be careful! Qubit has a tough exterior, but is easily distracted. You must keep him safe at all costs. The success of the Resistance depends on you. Follow Qubit on adventures and play with friends!
Spirit of the North
PS4 — Digital (Out 11/1) 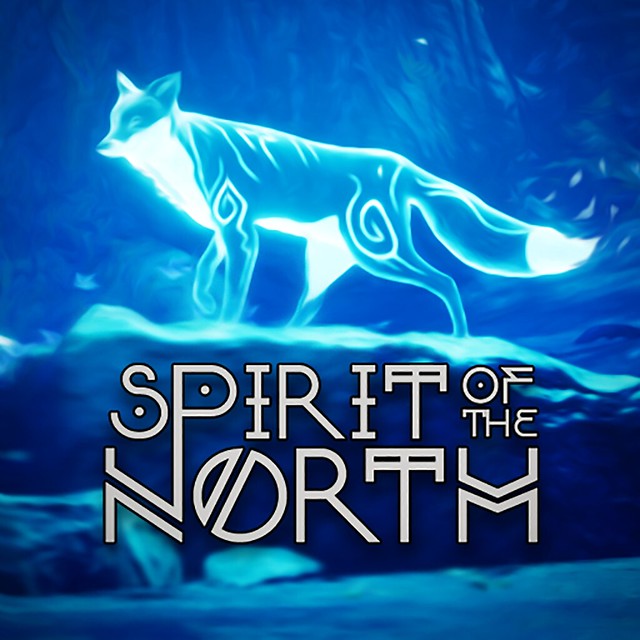 Spirit of the North is a single-player 3rd-person adventure game inspired by the breathtaking and mysterious landscapes of Iceland with various pieces of Nordic folklore. The game purposefully has no dialog or narrative. Breathe in the surroundings to solve various puzzles and speculate the meaning of a lost ancient civilization.
Spooky’s Jump Scare Mansion: HD Renovation
PS4, PS VR — Digital 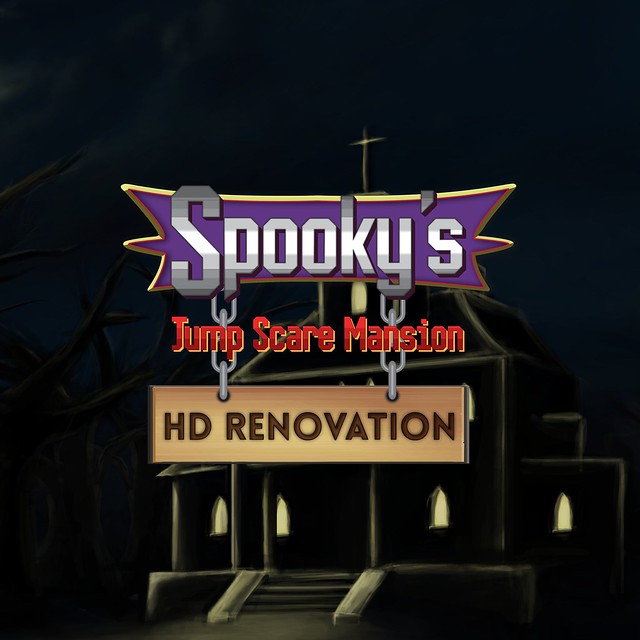 Can you survive 1,000 rooms of cute terror? Or will you break once the cuteness starts to fade and you’re running for your life from the unspeakable hideous beings that shake and writhe in the bowels of this house? VR is optional and you can play through the entire game in VR.
Super Monkey Ball: Banana Blitz HD
PS4 — Digital 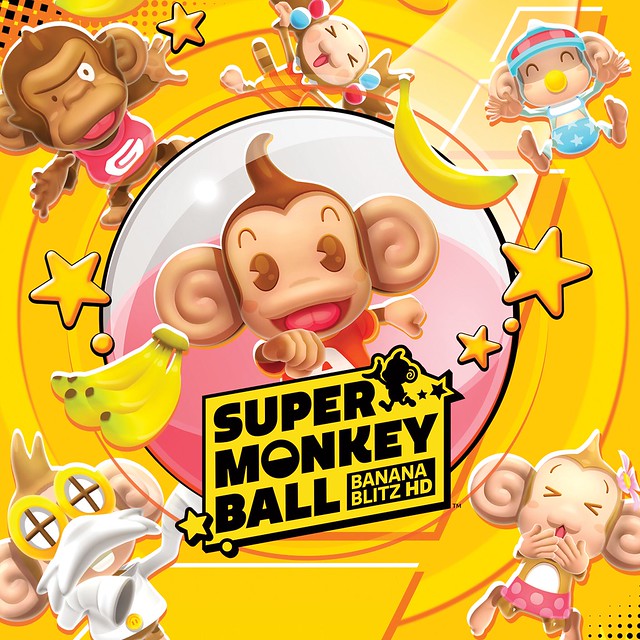 Hold onto your bananas, because Super Monkey Ball: Banana Blitz HD is rolling your way! Experience the magic of one of the most beloved titles in the series, now remastered in HD!
PS4 — Digital (Out 11/1) 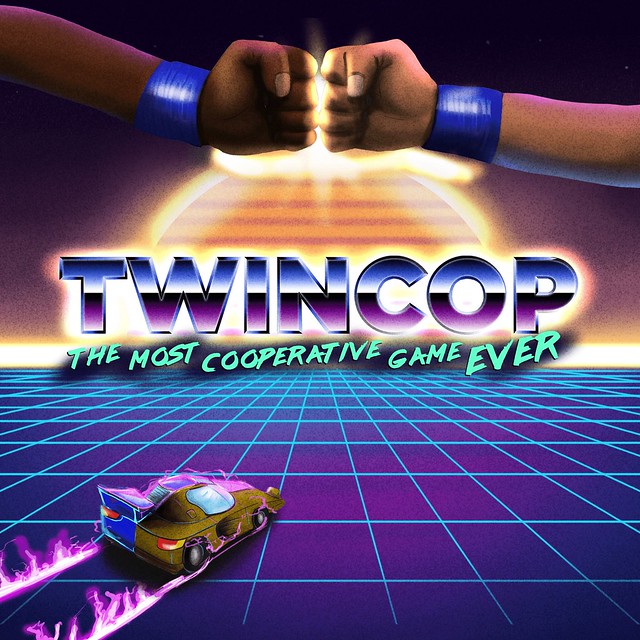 TwinCop is the most cooperative game, ever. You and your friend are TwinCop: One player controls the right arm the other controls the left arm. You and your partner now each control half of the same body, so you’ll really need to be in sync with one another if you’re going to survive.
Vektor Wars
PS4 — Digital 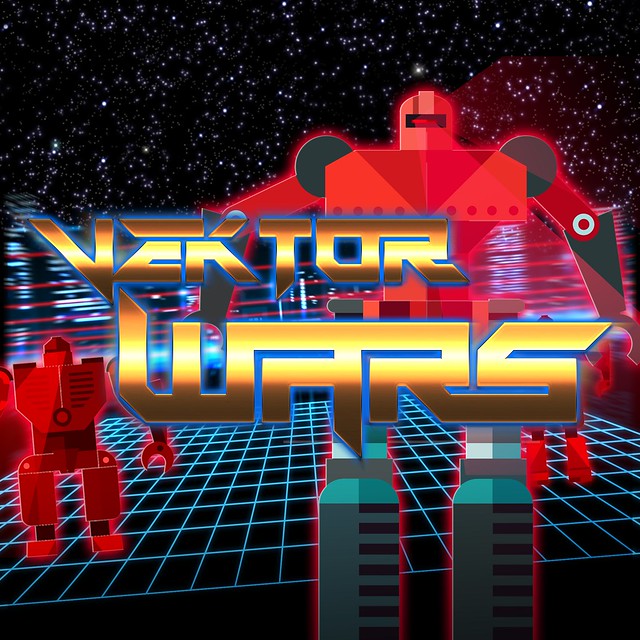 The year is 2024, and you are Commander James Moses, a Space Ranger. Your mission: destroy the robot death army, rescue the Robodudes and save the world! Select your weapon and use your skills to face down a tidal wave of rogue robots. Frantic gameplay, an array of loud and destructive weaponry — you must cheat death at every turn!
Vosaria: Lair of the Forgotten
PS4 — Digital 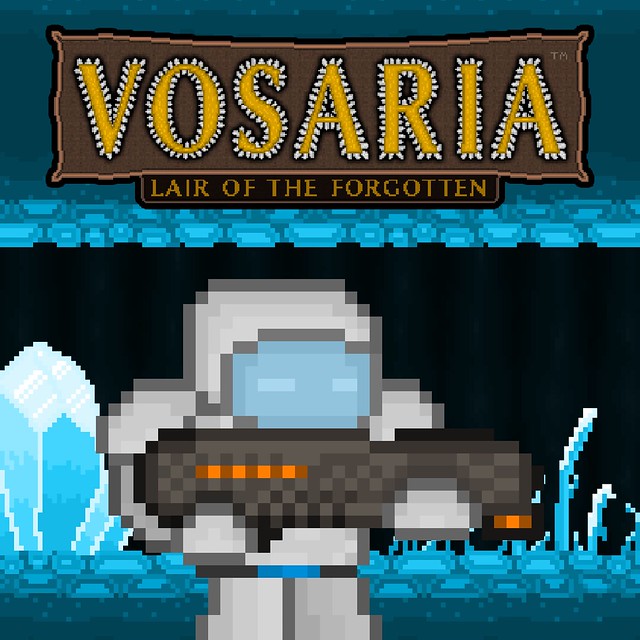 A pump-action 2D side-scrolling game with different enemy types, along with a jump-to-the-roof mechanic that spices up the combat. Avoid traps, survive enemy encounters and upgrade your weapons and gear to overcome the challenges.
Voyage of the Dead
PS4 — Digital (Out 11/1) 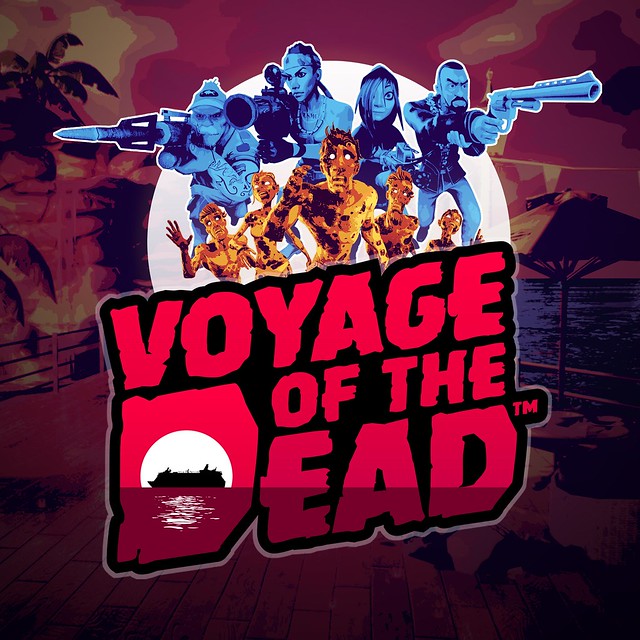 An action-packed shooter set on a cruise ship overrun by a zombie outbreak, where up to four players can get caught in the chaos. It’s your job to fight against a horde of undead menaces and protect the passengers. Mars Lightcon & IR Station are needed to play this game.
Xeno Crisis
PS4 — Digital (Out 10/28) 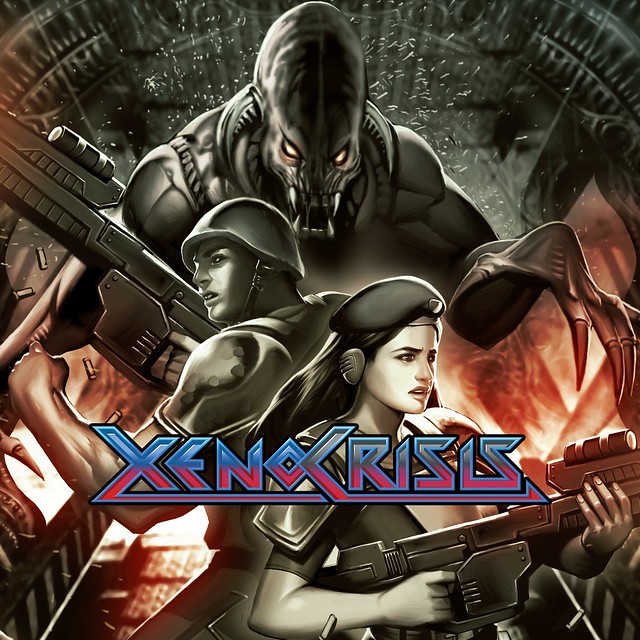 Xeno Crisis is an arena shooter in which one or two players control battle-hardened marines on a deadly mission to confront an alien menace! Run and gun your way through thousands of adversaries as you explore the devastated research outpost, searching for survivors, and ultimately facing the origin of the outpost’s demise.
PS4 — Digital

As part of The Yakuza Remastered Collection, experience Yakuza 4 in 1080p and 60fps. A murder in Tojo Clan territory soon sets off an investigation by a small Tojo branch. Follow the four playable protagonists as they unravel a battle over money, power, status, and honor and a mysterious woman at the center of it all.