The Agency is Calling! Play Fortnite Chapter 2- Season 2 Today on Xbox One | Blogdot.tv

Play as a spy, join the forces of Ghost or Shadow, sabotage rival agents and take back the island in Fortnite Chapter 2 – Season 2, available now for all players on Xbox One. The new season features limited time ops, secret locations, a new Battle Pass and more!

Put on your explorer hat and head off the grid to uncover exotic new points of interest on the island, like new hideouts.

Use your skill to break into enemy bases, take out henchmen,
and take down their leader to earn powerful new weapons and rewards.

Take the Enemy by Surprise

Take advantage of new gadgets like Decoy Grenades, Proximity
Mines, and Disguise to take down rival agents. With hideouts full of secret
passages, security cameras to snake by, and auto turrets to avoid, there’s no
shortage of exciting gameplay this season.

Pick your Battle Pass Agent from the top ranks of The
Agency. Each agent brings their own unique signature style to help get the
mission done. Earn tons of rewards like new customization options, unique
missions that can unlock a Ghost or Shadow outfit variants, in addition to
other bonus outfit features. You can also dive through the skies as TNTina,
gain the golden touch as Midas, and get top secret clearance to a special
surprise agent in the Battle Pass.

So, what are you waiting for, agent? Dive in to Fortnite Chapter 2 – Season 2 today on Xbox One! 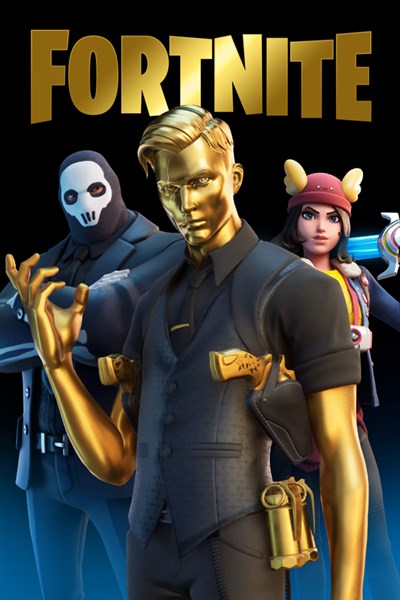 ☆☆☆☆☆ 1823
★★★★★
Get it now
Xbox One X Enhanced
Xbox Live Gold required. Currently in Early Access. Fortnite is the completely free multiplayer game where you and your friends collaborate to create your dream Fortnite world or battle to be the last one standing. Play both Battle Royale and Fortnite Creative for FREE. Download now and jump into the action. This download also gives you a path to purchase the Save the World co-op PvE campaign during Fortnite’s Early Access season. From the last Mud Session , so many nice pics to s