The Abyss Seasonal Update is Now Available for No Man’s Sky on Xbox One | Blogdot.tv

Hello, everyone! We wanted to share with you our seasonal update, The Abyss, releasing free for all No Man’s Sky players.

We wanted to focus on improving underwater, and also on some of the eerier elements of the game. Oceans are now a huge part of our gameplay, and a new story, The Dreams of the Deep, brings context to the depths. In The Abyss, you can discover this dark ghost story about a stranded freighter crew – as well as explore underwater ruins to uncover the tale of another lost soul trapped deep beneath the waves. 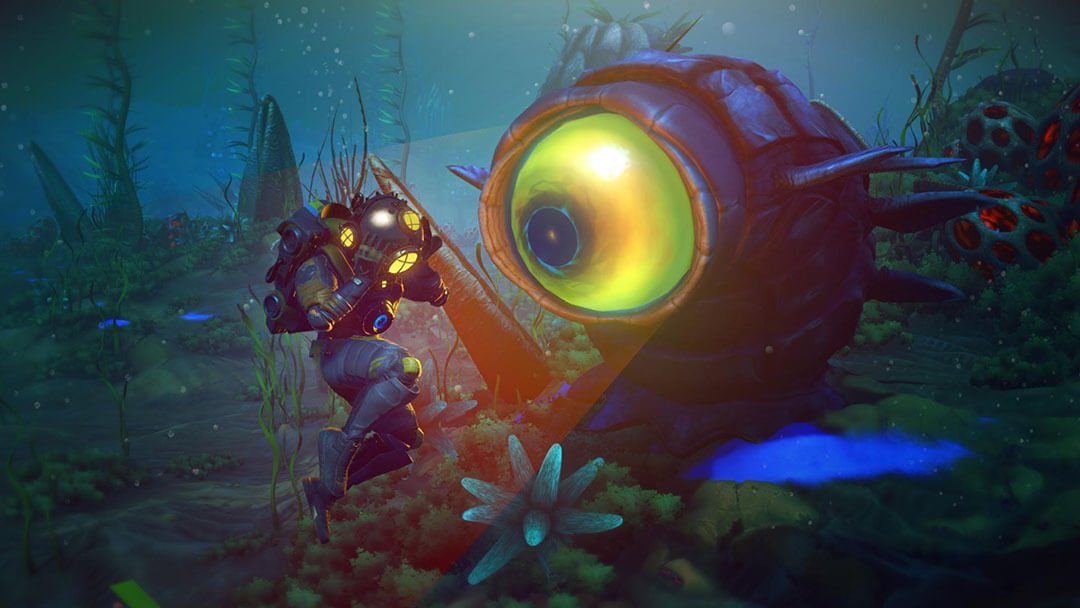 We couldn’t have an aquatic update without adding sunken ruins and submerged wrecks for players to dive and search for treasure. You can scavenge lost cargo or even repair crashed starships. 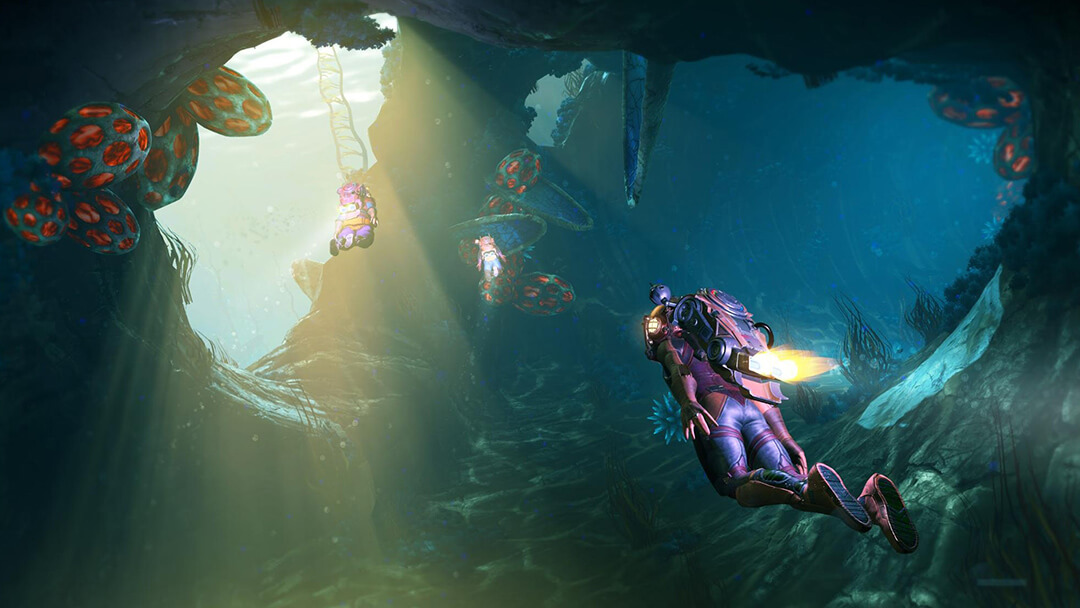 Controls for diving have been greatly improved, a new diving helmet has been added, and your jetpack now has an underwater dive mode. New suit technology also allows players to dive further and faster, along with a set of underwater emotes to help communicate with other players.

If you really wish to thoroughly explore the deepest oceans though, you will want the new submarine exocraft, The Nautilon. This revolutionizes underwater exploration and can be customized and upgraded with installable technology.

For those who want to make their home under the waves, over a dozen new base building parts have been added, including viewing domes, underwater corridors, an aquarium, and a deployable marine shelter.

It is exciting to be releasing our first major update for No Man’s Sky on Xbox One. We look forward to continuing to update the game in this way for the foreseeable future.