Take to the Ice Today in EA Sports NHL 20, Available Now on Xbox One | Blogdot.tv

Available worldwide today on Xbox One, EA Sports NHL 20 gives fans more ways to unlock their skill, style, and competition than ever before. With enhanced Real Player Motion (RPM) Technology and new Signature Shots, NHL 20 features faster, more fluid and more responsive gameplay than ever before. A completely new broadcast and commentary package celebrates the biggest plays in the game, while three all-new game modes let players compete for supremacy. 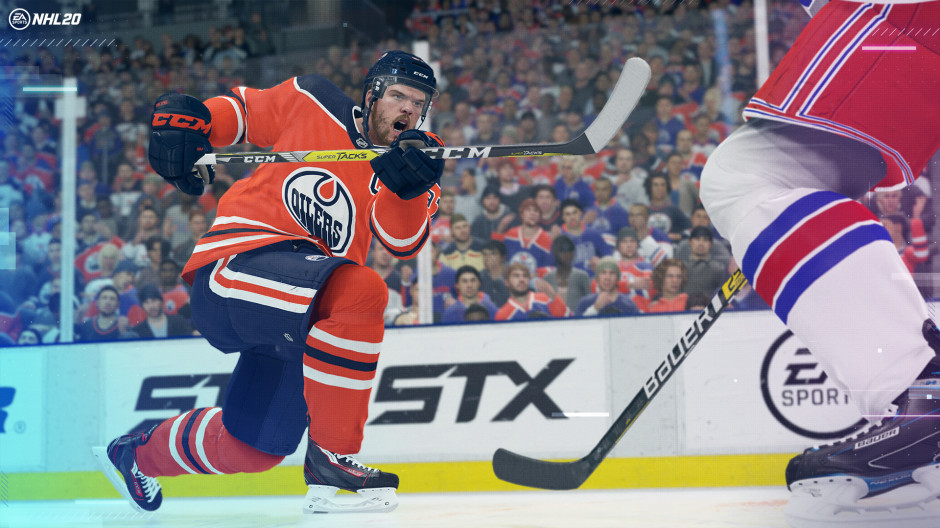 RPM Tech also allows for new goaltender A.I. logic, including a full offensive threat analysis, allowing netminders to read and react to the development and threat level of each zone entry.

NHL 20 also introduces an all-new competitive way to play Ones and Threes called Eliminator, a winner-take-all competition inspired by battle royale. Ones Eliminator pits 81 players against each other in a survival tournament bracket en route to crowning the ultimate winner. In Threes Eliminator, players can squad up with friends and battle their way to the top of the leaderboard against increasingly competitive opponents.

With enhanced RPM tech, new Signature Shots, improved netminder logic, and new battle royale game modes, EA Sports NHL 20 improves upon all the features that have made it one of the best sports videogames franchises running. Get it today on Xbox One!

EA Sports NHL 20 is available now for Xbox One on the Microsoft Store. Click here for purchase details.