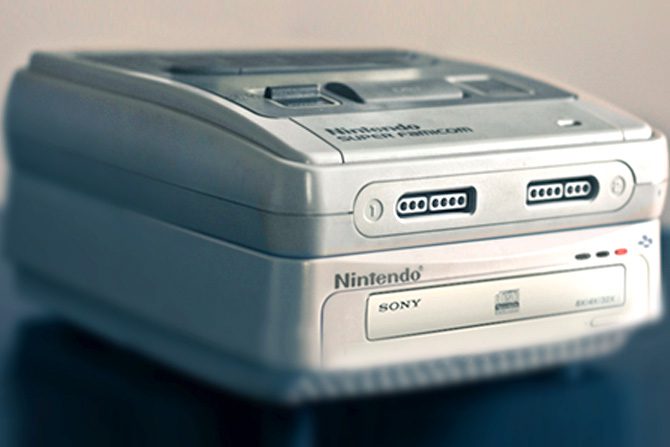 As far as retro gaming goes, one of the closest guarded secrets of yesteryear is the cancelled Super Nintendo CD-ROM add-on. This joint effort between Sony and Nintendo to create the SNES-CD ended up being scrapped, and thus the PlayStation was born. As of today though, we can take a much closer look at what could have been following one retro gamer’s recent discovery.
Steve Lin of GREEGames, a studio known for making both Android and iOS titles, is also very much dedicated to classic gaming. His admiration for the past is something many of his Twitter followers have grown to love, although one of his recent tweets left countless retro gamers gob-smacked. A photograph shared detailed several internal Nintendo folders packed to the brim with documents, many of which he pledged to scan and upload online.

Several of these scans began to surface on Twitter, including pictures of the Nintendo AVS (the original prototype of the Nintendo NES), along with pictures of 8-bit knitting accessories, and also a snap of Masaru Shimomura dressed up as Dr Mario. As great as these were, it wasn’t until the day before Valentine’s Day that Lin’s efforts were truly noticed within the gaming community.

Lin uploaded to Twitter countless page scans detailing the specifications of the SNES-CD add-on, along with programming guides and much much more – potentially filling in huge gaps in video game history. The entire collection seems to have been archived in PDF format, although it does leave one question… is there more than enough information within to make a homebrew effort re-creating this fabled system? We can only dream, but either way be sure to check out what we may have been playing back in the early nineties.