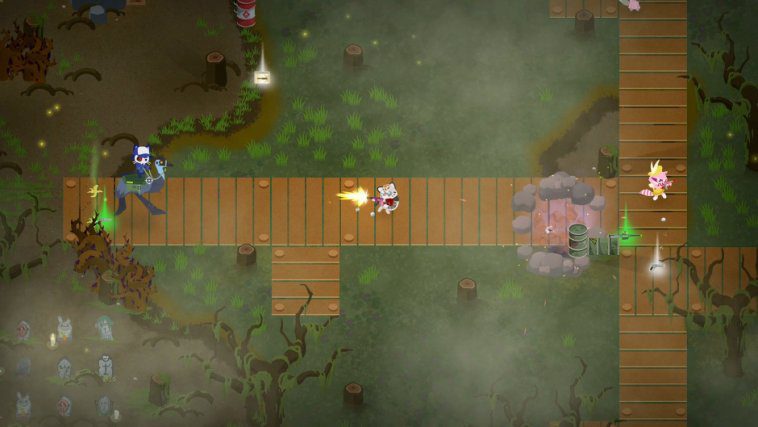 Super Animal Royale is a 2D online multiplayer shooter with a zoological twist. Drop from a Giant Eagle among 64 genetically modified critters and fight for survival. Scavenge the remains of a safari theme park gone wrong and dispose of your enemies with a variety of weapons including rifles, shotguns, grenades, and, um…bananas!?

Join a pack or fight as a lone wolf: Super Animal Royale features solos, duos, or squads of up to 4 players. Fight to the top of the food chain and see if you have what it takes to be an apex predator!

We’re incredibly excited to bring Super Animal Royale to Xbox and welcome new players into the Super Animal kingdom. Since releasing in Early Access initially on PC and Mac, Super Animal Royale currently features over 300 delightfully vicious animal breeds to collect, which can be personalized with over 600 customizable items. For new and existing fans, we’re happy to announce that Super Animal Royale will feature cross-save and cross-platform matchmaking on Day One in Game Preview.

With the opportunity of having Super Animal Royale in Game Preview, we’re thrilled to have players participate in shaping the game’s future. The developers at Pixile Studios are incredibly passionate about delivering a constantly evolving experience with new content including battle passes, limited-time events, new cosmetics, new animal breeds, and more!

To kick off the action on Xbox, Super Animal Royale is releasing a brand-new Animal Pass (Battle Pass) season, an expansion to the Super Animal World map, and new animal breeds. We can’t wait to share more details and teasers as we approach the Game Preview launch on June 1.

Join the fight for furvival when Super Animal Royale releases on Xbox Game Preview for Xbox Series X|S and Xbox One on June 1, 2021. 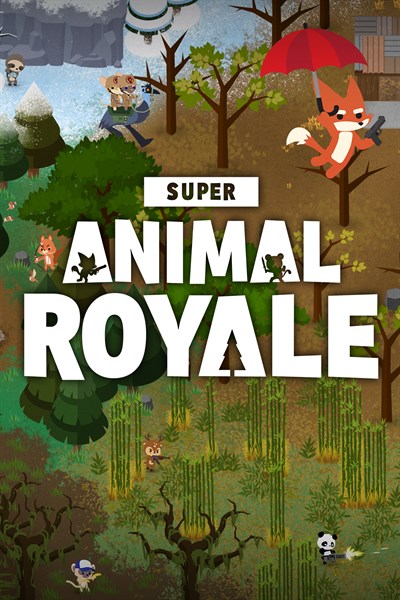 ☆☆☆☆☆
★★★★★
Get it now
This game is a work in progress. It may or may not change over time or release as a final product. Purchase only if you are comfortable with the current state of the unfinished game. It’s fight for furvival! Super Animal Royale is a 64-player, frenetic, top-down 2D battle royale where murderous animals fight tooth, claw, and machine gun across an abandoned safari park. Collect and customize your favorite critters and weapons, then put them to work in solo matches or team up as a squad of up to four players! Key Features • Survival of the Fittest: Scavenge a variety of powerful weapons, armor and items to become the apex predator in intense 64-player online matches. • The Superest World: Explore a massive, beautifully illustrated 2D island and discover its hidden lore, by chatting with its inhabitants and scouring its rich environments for clues. • Different Stripes for Different Fights: Collect hundreds of animal breeds and customize them with thousands of cosmetic items, weapons, outfits, and even umbrellas! • Evolving Events & Updates: Enjoy an endless stampede of new content, including seasonal outfits, animals, and weapons to collect. • The Fast and the Furriest: Flatten your foes while rolling dirty in a Hamster Ball, or mount a Giant Emu and peck your way to the promised land.