Earlier this year, we published Stellaris: Console Edition on Xbox One, making it the first grand strategy game meant to be played on controllers! The celebrated sci-fi game has a dedicated following on PC and we wanted to share the same opportunity to explore a galaxy full of wonders to Xbox One players. We are so happy with the positive response from the community. As Paradox fans will know, we’re known for our continuous support for our games with DLC. We released Planetoids, Leviathans and multiplayer capabilities (with the ability to continue in single player-mode) to name a few. Now, with the launch of Utopia, Stellaris: Console Edition players can get in on the biggest expansion yet!

Utopia adds a wealth of new content including new customization features that allow players to greatly diversify their empire options and truly create a space nation of their own. Players can collect Unity points and adopt Traditions to unlock powerful Ascension Perks that enable them to customize their empires in unique ways. You can follow one of the three Ascension Paths and choose to achieve genetic modification with Biological Mastery, give up your biological forms in a Synthetic Evolution, or unlock the full psionic potential of your species through Transcendance. Now, I know that’s a lot of buzzwords at once, but essentially the expansion lets you guide your civilization however you want towards different endgames that change the fate of your world—or species—altogether. 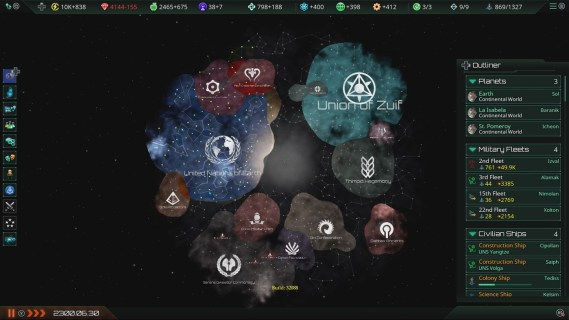 On top of ascension to a higher plane, players can also build big buildings! Okay, well Megastructures. These wondrous constructions, such as Dyson Spheres (which give you the ability to capture the energy of an entire star!) or ring worlds, can bring widespread fame and glory to your empire as well as significant gameplay advantages. You can also construct Habitat Stations that help house your population out in space, serving as a sort of small planet – especially useful in smaller, more confined empires.

If the first contact protocol or any other prime directive was never your style, you can also recklessly influence primitive civilizations that you come across and make them adapt your ethics through the use of observation stations, preparing them for enlightenment or annexation. Coincidentally, this expansion also introduces new ways to control conquered pops by choosing specific roles for enthralled species. Have them serve other populations as Domestic Servants, fight for your empire as Battle Thralls, or keep them as Livestock to feed your people. 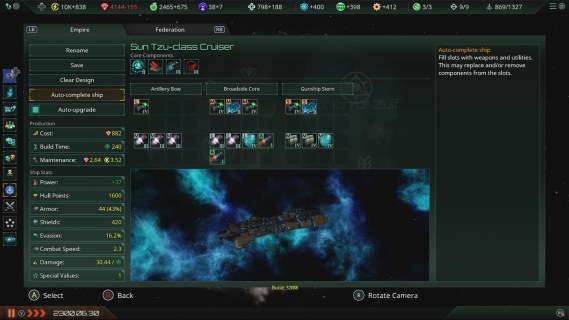 You can also further customize your government with new unique civics and authorities for your government to adopt. Whether you want to play as a Fanatic Purifier and shun all diplomacy, become a Hive Mind to avoid political strife, or create a multi-species empire born of Syncretic Evolution. The choice is yours!

With all the wild possibilities of space adventures at your fingertips, Utopia gives you more control over your empire, what it looks like now and how it ascends to its next evolution. We can’t wait for console players to join in and we hope to be able to bring them even more new expansions and content updates down the road!