Welcome back to the Stage of History and prepare to take part in a story of souls and swords! SoulCalibur VI stands as the standard of 3-D weapon-based fighting and continues its long-standing tradition of iconic characters, including new ones, such as Geralt of Rivia as a special guest character. The formidable protagonist from The Witcher series joins our cast of the legendary fighters and is prepared to battle all those who stand in his way. However, before we get into battling with these brave warriors, lets train with our souls and learn the skills, movements, and what it takes to end the struggle between sword and soul! 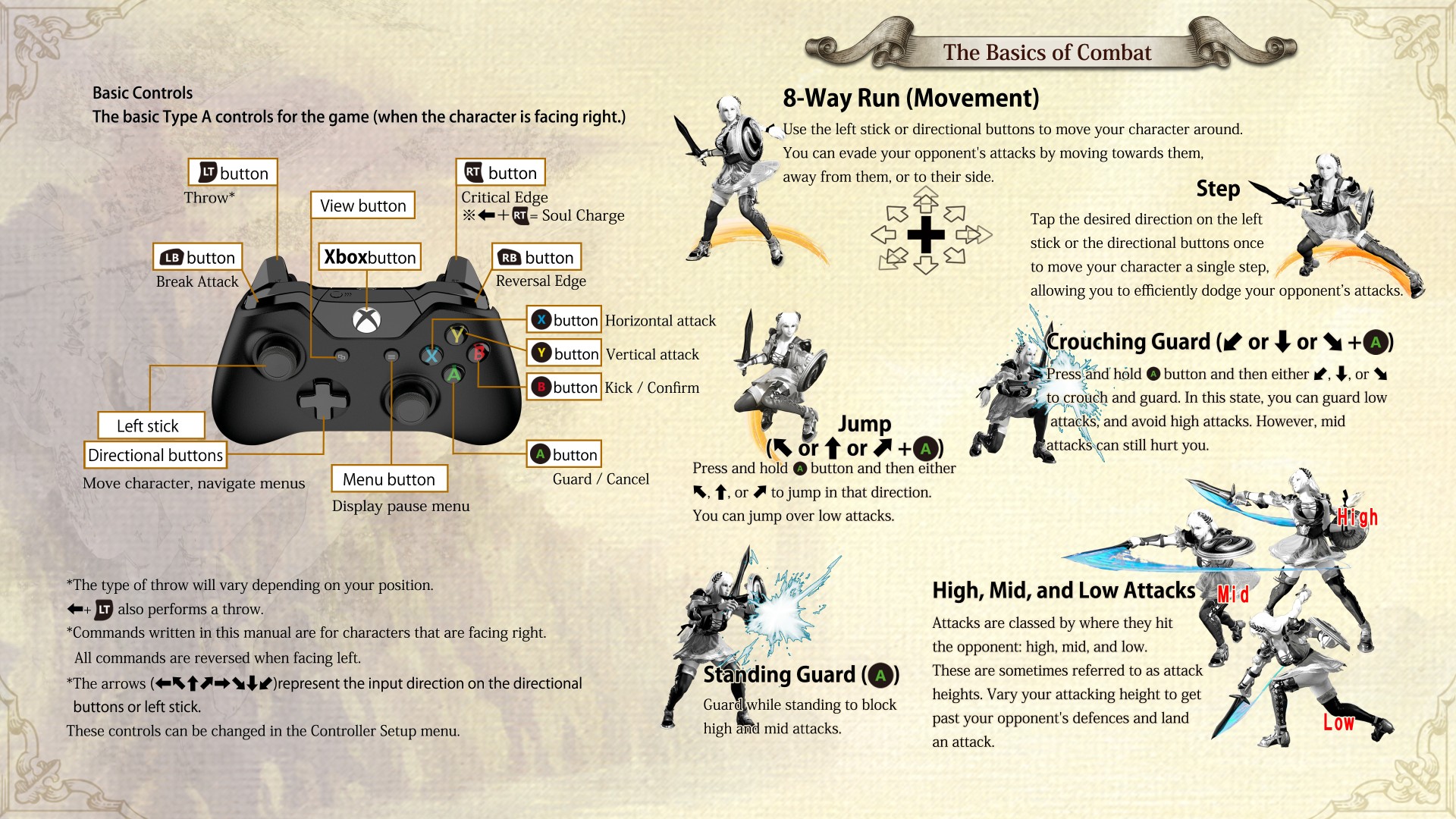 The key to mastering any fighting game is to first understand the movement of the characters. With the 8-way run system, SoulCalibur VI demonstrates itself as a true 3D fighter. Make use of the directional pad or analog stick to move across the ring with ease. A quick tap in any direction will perform a short step for precise movement, allowing for quick strikes or dodges. Holding a direction enables swift, continuous movement. Make use of these features to take a more defensive approach, or rush towards your foe with an all-out offensive of attacks. 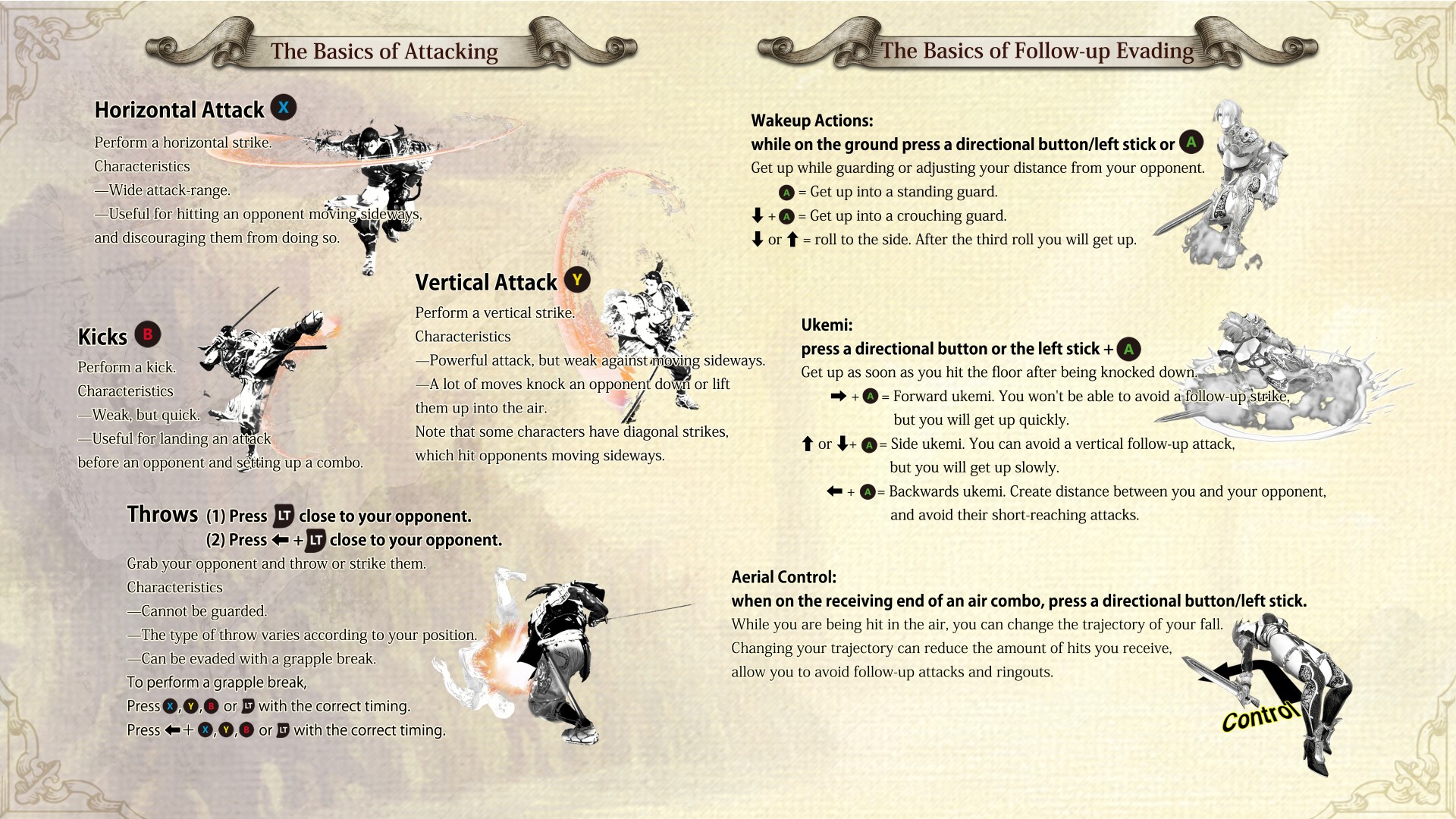 It’s vital to keep up a good defense to avoid the opponent’s offensive attacks. Holding the Guard button allows you to block attacks, but you must pair this block by either standing or crouching.

There are three basic levels of attacks in SoulCalibur VI: Low, Middle, and High. Middle and High attacks can be blocked while standing, but this leaves you open to Low attacks, which can only be blocked while guarding in a crouch. However, this leaves you open to Middle attacks; High attacks will miss anyone that is crouching. So, when facing a skilled opponent, you must learn to anticipate when they will mix up their attacks so that you can block successfully and prepare for your counter-offensive.

Guard impacts are a unique move in SoulCalibur VI that allow you to repel an enemy attack and leave them open to a counter. You can execute a guard impact by pressing forward on directional pad and the A button. Just make sure that you time it correctly right when your enemy is beginning their attack!

SoulCalibur VI is equipped with a fully-featured Training mode for you to study the many fighting styles in store for you. Hop in anytime to perfect your timing, combos, and spacing! See you in the ring!

SoulCalibur VI fighting mechanics through and through will keep you immersed in the game for a long time to come. Whether it’s the mastery of the basic attacks or the new feature and intricacies of the guard impacts, honing these skills will be vital towards challenging all fearsome foes old and new. Now take the stage, utilize and leverage your edge in battle, and claim your place in history in SoulCalibur VI today!