Starbucks&apos; Schultz: Blockchain and digital currencies are bringing us into a new age | Blogdot.tv 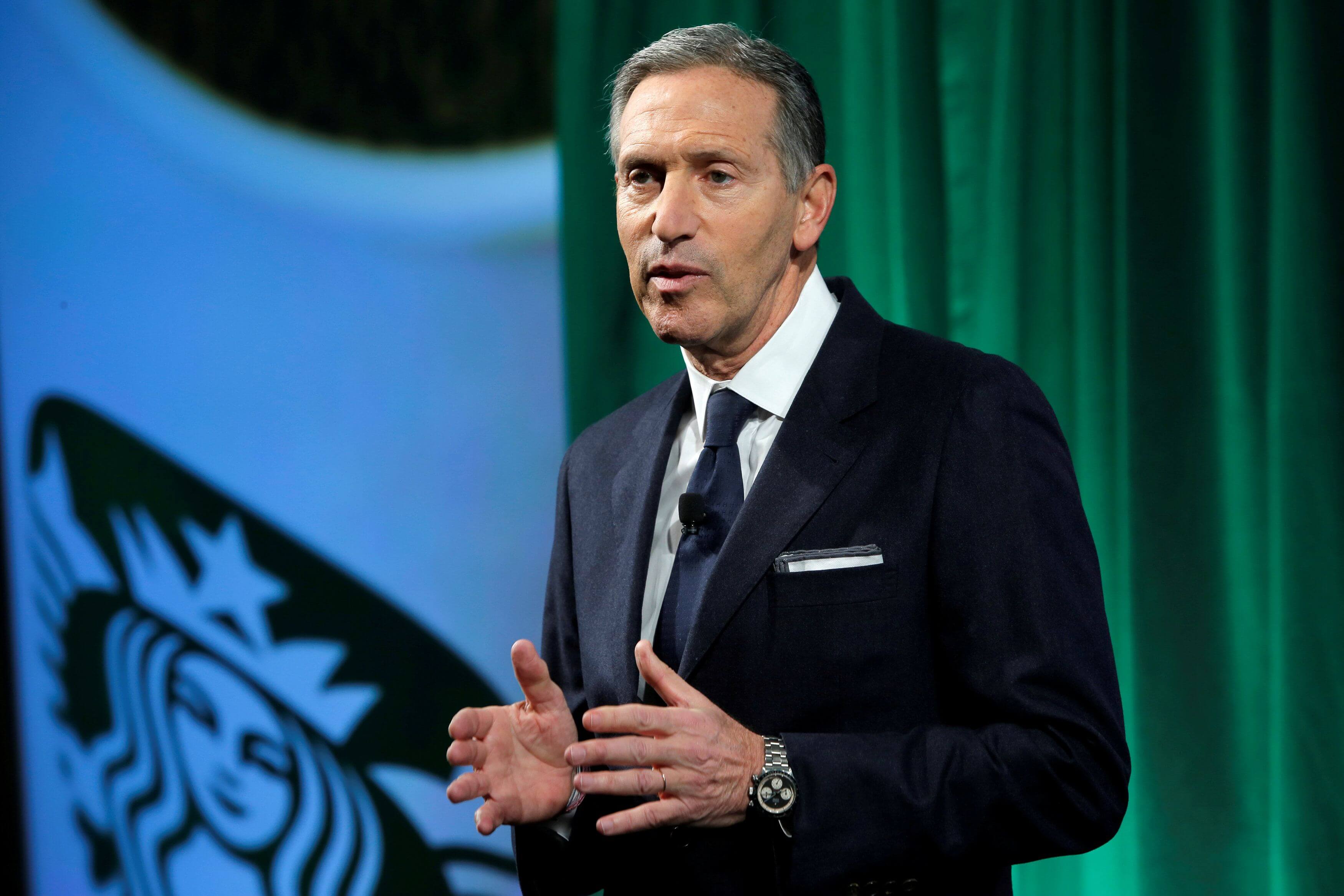 Starbucks (SBUX) executive chairman Howard Schultz has been saying that retail was going to witness “a seismic change” in consumer behavior because of technology, most notably the Amazon effect and the explosion of e-commerce.

“I think if you look at the history of our public life, one of the I think real benefits of what we’ve been able to accomplish as a company has been the entrepreneurial DNA of Starbucks and constantly having the curiosity to see around corners and make big bets,” Schultz said on the company’s first-quarter earnings call with investors on Thursday.

He added that there’s “probably no better example” in recent years than what the coffee company has done with digital mobile payment in its brick-and-mortar stores.

Schultz sees another change on the horizon linked to the rise of cryptocurrencies and the underlying blockchain technology.

“I believe that we are heading into a new age, in which blockchain technology is going to provide a significant level of a digital currency that is going to have a consumer application. And I believe that Starbucks is in a unique position to take advantage of that,” Schultz said. “Now, I don’t want anyone to hang up on this call and assume that we have this all figured out because we don’t. Or that we’re making a significant investment in this, because we’re not.”

Schultz drew a comparison to the rise of the internet in the late 1990s and the subsequent impact on businesses.

“We all can probably remember 20 years ago or so when someone tapped us on the shoulder and asked us, ‘Do you know anything about this thing called the internet?’ And we probably all can remember that moment,” Schultz said. “Well, 20 years later or so, the world has been completely transformed.”

For Schultz, the question retail faces today is what could happen with cryptocurrencies?

“I mention this is not because I’m talking about bitcoin (BTC-USD) because I don’t believe that bitcoin is going to be a currency today or in the future,” he said. “I’m talking about the new technology of blockchain and the possibility of what could happen, not in the near-term, but in a few years from now with a consumer application in which there’s trust and legitimacy with regard to a digital currency.”

Looking at what the future of consumer behavior might look like, Schultz said that he believes there will be “one or a few legitimate trusted digital currencies off of the blockchain technology.”

“And that legitimacy and trust in terms of its consumer application will have to be legitimatized by a brand and a brick and mortar environment, where the consumer has trust and confidence in the company that is providing the transaction,” Schultz added.

With hundreds of millions of dollars invested in this technology, there will likely be an arms race.

“There’s going to be a lot of winners, a lot of losers,” Schultz said. “But we are in a very unique position to take advantage of what other tech companies and the blockchain technology will provide in terms of the rails to potentially be in the mix of this and benefit financially, benefit in terms of consumer behavior and incrementality and significantly create long-term shareholder value.”

Schultz reiterated that he’s not bringing this up because the company is launching a digital currency or investing in the space.

“We are actively demonstrating the level of entrepreneurial curiosity and DNA of our company to do the things that we’ve done in the past to ensure the fact that we are at the cutting edge of this technology, of this consumer application,” he said. “We think we have something to offer the companies that are chasing this because we are in a position to create the trusted legitimate place in which this could be accepted and possibly take advantage of the mobile payment digital platform that we have created.”