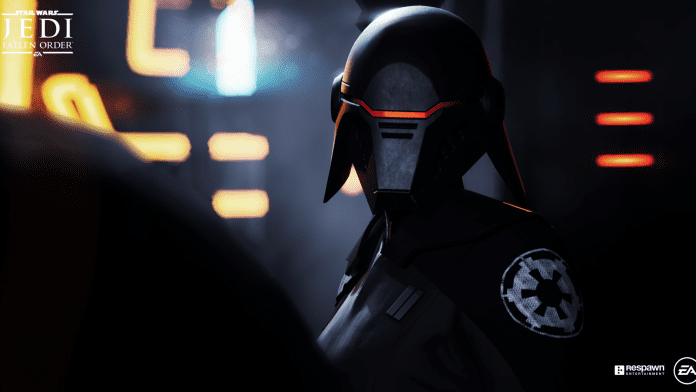 Jedi: Fallen Order follows Cal Kestis, a young Padawan who is on the run from the Empire, specifically an Elite Inquisitor known as the Second Sister. He holds a lot of secrets and the Second Sister, as well as a new squadron of Stormtroopers, dubbed the Purge Troopers, want to hunt him down.

After Order 66, an event that occurred during Star Wars Episode III – Revenge of the Sith declaring all Jedi traitors to the Republic, Cal is forced to abide by three new rules: Don’t Stand Out, Accept The Past, and Trust No One.

Cal is played by Cameron Monaghan, who has been in shows such as Gotham and Shameless. Players will meet him on a brand new planet called Bracca. Cal will come across new and old faces in the Star Wars universe, including his companion Cere and his droid buddy, BD-1.

You can check out the reveal trailer below:

Respawn revealed the game during Star Wars Celebration Chicago 2019. During the days leading up to the reveal, they confirmed that the game is a single-player, third-person, melee-action game with no multiplayer. The game will also not have Microtransactions and EA will not be adding them in the future.

Chris Avellone, the prolific video-game writer, has contributed to the game. The game was originally teased all the way back in 2016. Respawn then provided us with a development update at EA Play 2018, revealing the title of the game and some early details.

What do you think of Star Wars Jedi: Fallen Order? Are you excited for a single-player Star Wars experience?