Star Trek Online: The Future of the Klingon Empire is at Stake | Blogdot.tv

The Year of Klingon is continuing in Star Trek Online, with the next chapter of our epic story that shakes the Klingon Empire to its very core, Star Trek Online: House Shattered. Starring J.G. Hertzler (Martok from “Deep Space Nine”) and Robert O’Reilly (Gowron from “The Next Generation” and “Deep Space Nine”), we find players falsely accused of an attack on Khitomer, the center of diplomacy for the modern galaxy. In order to clear your name, you must hire a dangerous crew and break into Klingon Chancellor J’Mpok’s most private files. Can you survive this clandestine mission?

This is the second time J.G. Hertzler has returned to the role of Martok within Star Trek Online, just one of over 40 different classic Star Trek actors that have reprised their roles within our game. After becoming Chancellor in “Deep Space Nine,” Martok ruled peacefully for many years. But he was cut down in his prime by the young upstart J’mpok, who has been Chancellor of the Klingon Empire ever since. Believed to be dead, Martok was discovered alive within a Son’a prison. Now he serves the Klingon Empire, including the man who “killed” him. For the most honorable of Klingons, how far can his loyalty to the Empire be stretched before it breaks?

Gowron, on the other hand, continues to be very dead after his death at Worf’s hands in “Deep Space Nine.” Robert O’Reilly is instead playing Akar, Gowron’s distant ancestor. When J’ula, a fierce Klingon warrior, was sent forward in time to 2411, Akar came with her. Once her loyal lieutenant, he has betrayed her and gone to serve J’mpok instead. But Akar has always been a snake in the grass, who knows where his loyalties truly lie?

Rounding out our celebrity cast is Rehka Sharma, from “Star Trek: Discovery.” Although she played Ellen Landry in “Discovery,” and in Star Trek Online, Sharma is taking on a new role for this story. She is playing Adet Pa, the Witch of Nimbus III, a Klingon spy who serves her own interests. For now, Adet Pa is your ally. But will that last through the events of House Shattered? Only time will tell.

The Year of Klingon also continues our updates to classic Klingon Content. Infiltrate the treacherous House Torg in the brilliantly reimagined “Bringing Down the House” and “The House Always Wins,” and execute a daring raid on the Federation’s own shipyards in “Mars, the Bringer of War.” Start a new Klingon character to experience these updates and more, including remastered ships and new character options.

House Shattered comes with more than this exciting new episode, however. Return to the events of “Star Trek: Picard,” and save as many as you can on that dark day when the Synths rose up against Utopia Planetia. Participate in the Widening Gyre event to unlock a powerful new space set for your ships, and upgrade them like never before with the Experimental Ship Upgrade token. And get your hands on a Mirror Universe version of the classic Constitution class, now available inside the Infinity Lock Box.

Star Trek Online is a free-to-play massively multiplayer online game that allows players to explore the Star Trek universe from within. Players can forge their own destiny as Captain of a Federation starship, champion the Empire through the far reaches of the galaxy as a Klingon Warrior, rebuild the Romulan legacy as the commander of a Romulan Republic Warbird or carry out daring missions on behalf of the Dominion as a Jem’Hadar soldier. Captains can also explore iconic locations from the Star Trek universe, make contact with new alien species and battle alongside other players in customizable starships. 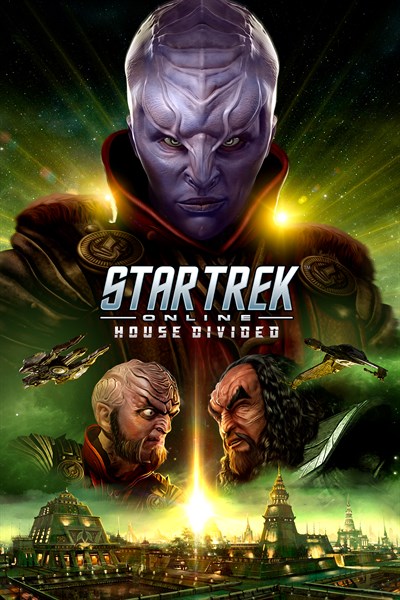 ☆☆☆☆☆ 275
★★★★★
Get it now
Star Trek Online puts you in the captain’s chair of your own adventure in the Star Trek universe. You’ll be able to lead your ship and crew on adventures in space and on the ground in this ever expanding, completely Free-to-Play online universe. Key Features: 100% Free to Play: Free to download, free to play, no hidden pay walls, and all of our content updates are totally free. Intrigue in the Final Frontier: We have a rich story line that unfolds over 125 episodes that feature friends and foes from every part of the Star Trek universe. Celebrity Involvement: Star Trek Online features over 15 actors spanning every series of Star Trek. You’ll have the opportunity to party up with Worf, Seven of Nine, Tuvok, Harry Kim, and many many more. Choose your Faction: Explore with the Federation, Fight for Honor with the Klingon Empire, or rebuild your species with the Romulan Republic, the choice is up to you!