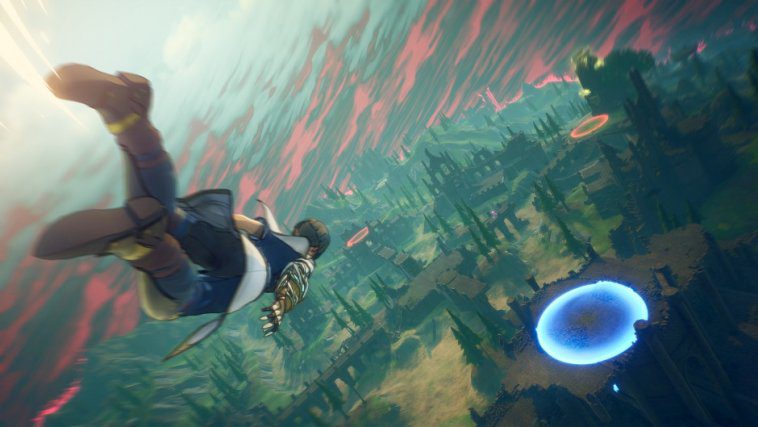 We just released our next major update to Spellbreak, Chapter 2: The Fracture, and one of the new features that we’re adding is NPCs the player can fight over the course of the story and as a part of the new capture and control game mode, Dominion. Normally, adding NPCs to a game focused on magical combat wouldn’t be especially interesting or worthy of discussion, but Spellbreak is first and foremost a PvP game that’s been live since September, so this is entirely new ground for us.

It’s worth noting Spellbreak currently has bots for giving new players a way to learn the mechanics of the game, so in making NPCs, we want to clearly differentiate them from existing bots. Bots are meant to fight similarly to how a player would and use a variety of spells and sorceries as well as runes to move around and make themselves a challenge for players. NPCs on the other hand should very explicitly not mimic player behavior. The most obvious differentiation is that the NPCs are visually different from players in most cases. They wear their own outfits and have special UI elements denoting that they’re NPCs.

As I mentioned above, there are two scenarios that players will encounter the new NPCs in and they both have different requirements for how the NPCs should act. For story quests, the NPCs can often “ambush” a player after the player has done something. They’ll warp in around the player and after a brief time during which they taunt the player with animations, they’ll attack. This momentary pause is important because it allows the player to see and understand what just happened (and what’s about to happen!) as well as giving them an opportunity to “shoot first.” When we were testing, we originally had the NPCs attacking right away which was not only more difficult but also decidedly less fun because you were put on the back foot right away instead of getting to be the aggressor.

The second place you’ll meet NPCs is in Dominion where they serve two purposes. The first is that they act as a resource for players, dropping loot and providing currency. Players must keep in mind respawn times and weigh the opportunity cost of pursuing the NPCs against controlling the zones. The second purpose is that the NPCs act as a hindrance that must be dealt with lest they pepper players with magic while players try to capture and control the zones. Dealing with incoming attacks adds an additional layer to how players strategize for taking the zones.

In both the story quests as well as Dominion, the NPCs themselves are fairly weak. This allows us to use them as cannon fodder, giving the player an increased sense of power. It’s incredibly gratifying to take out a pack of NPCs with a single well-placed boulder. We’re also starting to experiment with what it means to be a difficult NPC encounter in Spellbreak without just increasing the NPC’s stats, but instead from a behavioral point of view. This is a whole separate set of challenges that we’re actively exploring.

We’re excited to start exploring the idea of NPCs fighting players in Spellbreak and seeing how players respond. Our second chapter kicks off today and you’ll be able to battle the new foes in both the story and in Dominion, so grab Spellbreak from the Xbox Store and join us on Discord to give us feedback, discuss the new enemies, and squad up with fellow players. Hope to see you in game! 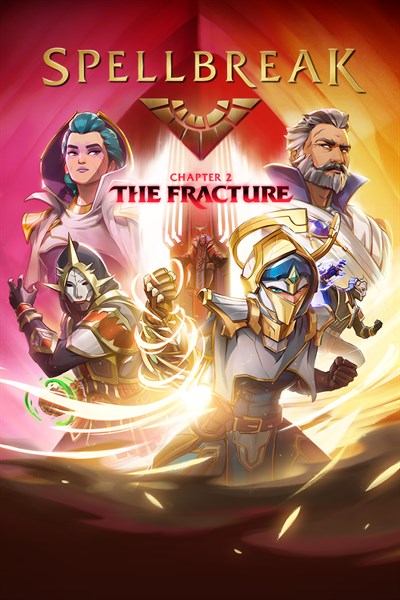 ☆☆☆☆☆ 316
★★★★★
Get it now
Chapter 2: The Fracture plunges Spellbreak’s battlemages into the struggle between the Order of the Vowbreakers and the enemy Vowkeepers. Capture and control territory in the new 5v5 Dominion game mode, compete in ranked Leagues, and complete new story quests to discover what tore the Hollow Lands apart. Unleash your inner battlemage in Spellbreak. When magic is forbidden, locked in the iron grip of the Vowkeepers, it’s up to you to resist and reclaim what’s yours. Harness the raw power of your gauntlets and tap into the unimaginable forces of the elemental planes . Soar into fierce battles, through floating islands and impossible terrain, to unleash the Breaker within. BUILD YOUR BATTLEMAGE Choose a class: Frostborn, Conduit, Pyromancer, Toxicologist, Stoneshaper, or Tempest. Each has its own playstyle, which you can customize with talents as you grow in power. Which will you master? COMBINE THE ELEMENTS A mighty battlemage isn’t limited to just one ability. Seize hold of two powerful magic gauntlets and blend devastating spell combinations to control the battlefield with fiery tornadoes, electrified gas clouds, and more! OUTPLAY YOUR RIVALS Explore the map and find tactical advantages to outplay your opponents. Discover hidden chests that contain magical runes and game-changing equipment. These items give you the ability to fly, teleport, control time, become invisible, and more. ENTER AN EVER-EVOLVING WORLD The fractured battleground of the Hollow Lands is just the beginning of your adventure in the greater world of Primdal. New chapter updates will reveal more of the deep, rich lore behind this powerful place and its people. BATTLE ACROSS THE HOLLOW LANDS Form a party of powerful battlemages and vanquish other players to stand victorious in this unique battle royale! Future updates will unlock exciting new game modes. Can you summon the strength, skill, and cunning to unleash the battlemage within?

Related:
On the Road with Hitchhiker
How Music Helps Fuel the Perfect Heist Environment in Operation: Tango
Fortunes to Be Found in Sea of Thieves Season Two