The Digital Extremes development team has teased players for months now with one of the more iconic upcoming Warframes, Gauss — and he’s almost here! Like your favorite lightning-fast comic book characters, the 41st Warframe is a speed demon fueled by powers and abilities based on kinetic motion. Gauss can blaze across huge open expanses in seconds, speed across bodies of water, smash enemies like bowling pins, and wield Abilities like heat, cold, and even electricity to ravage his enemies. Xbox One players can get their hands on the fleet-footed new Warframe in just a few short weeks. We think you’ll love him.

Gauss headlines an eclectic, varied update for Warframe that go beyond his speedy abilities. We’re expanding the endless Disruption mode, offering players in chat a really fast, easy way to exchange Warframe looks and mods with Look Link and Mod Link, and giving the gift of music with the bizarre yet enticing Shawzin emote turned musical mini-game.

Last Spring’s update, The Jovian Concord, featured Alad V, a villain who has expanded his sale of black market technology across the Origin System, and with it, the popular Disruption mode has expanded.

Disruption mode’s growth includes new planets, mission types, and factions with added toughness to raise the stakes higher for veteran players. This expanded mode sets up Tenno against Alad V’s small army of Amalgams, hitting players with as many waves as players can handle. Have you ever seen a friend’s Warframe that’s so stylistic and cool you wished you could just own it? We’re happy to announce that the new, intuitive and easy-to-use Look Link and Mod Link chat features will soon be available for Xbox One players.

It’s as quick and simple as selecting your Warframe design or Mod loadout and posting it to share in chat, or importing a shared design and loadout from a fellow Tenno with a simple click. This clip from our Devstream illustrates how both Look Link and Mod Link work:.

We’re betting you’ve always wanted to play a sci-fi guitar in Warframe. Our dev team was playing around thinking the same exact thing! So, they transformed a simple emote into a mini music game. By purchasing the musically enticing Shawzin Emote you can impress friends as the Origin System’s most renowned bard. The Shawzin is a guitar-like instrument (available in the Marketplace) that offers Tenno the chance to woo fellow players or pluck alongside them. A few of the smaller — but no less attractive — inclusions are:

Gauss is only a matter of weeks away for Xbox One players. Check your gear, get back into the swing of things, and prepare yourself with the swift action of Gauss! Hone your skills for the high stakes of the expanded Disruption mode and prepare to experience the Fashion Frame and Mod-sharing bonanza of the Look Link and Mod Link features. Come join our community! And finally, hit us up here in the forums to start a conversation.

Warframe is available now as a free-to-player title on Xbox One. Download it today from the Microsoft Store.

Related:
New Games with Gold for September 2019
ID@Xbox Launches a New YouTube Channel for Independent Gaming
Prepare for the Monster Hunter World: Iceborne Beta on September 2 by Pre-loading Today on Xbox One 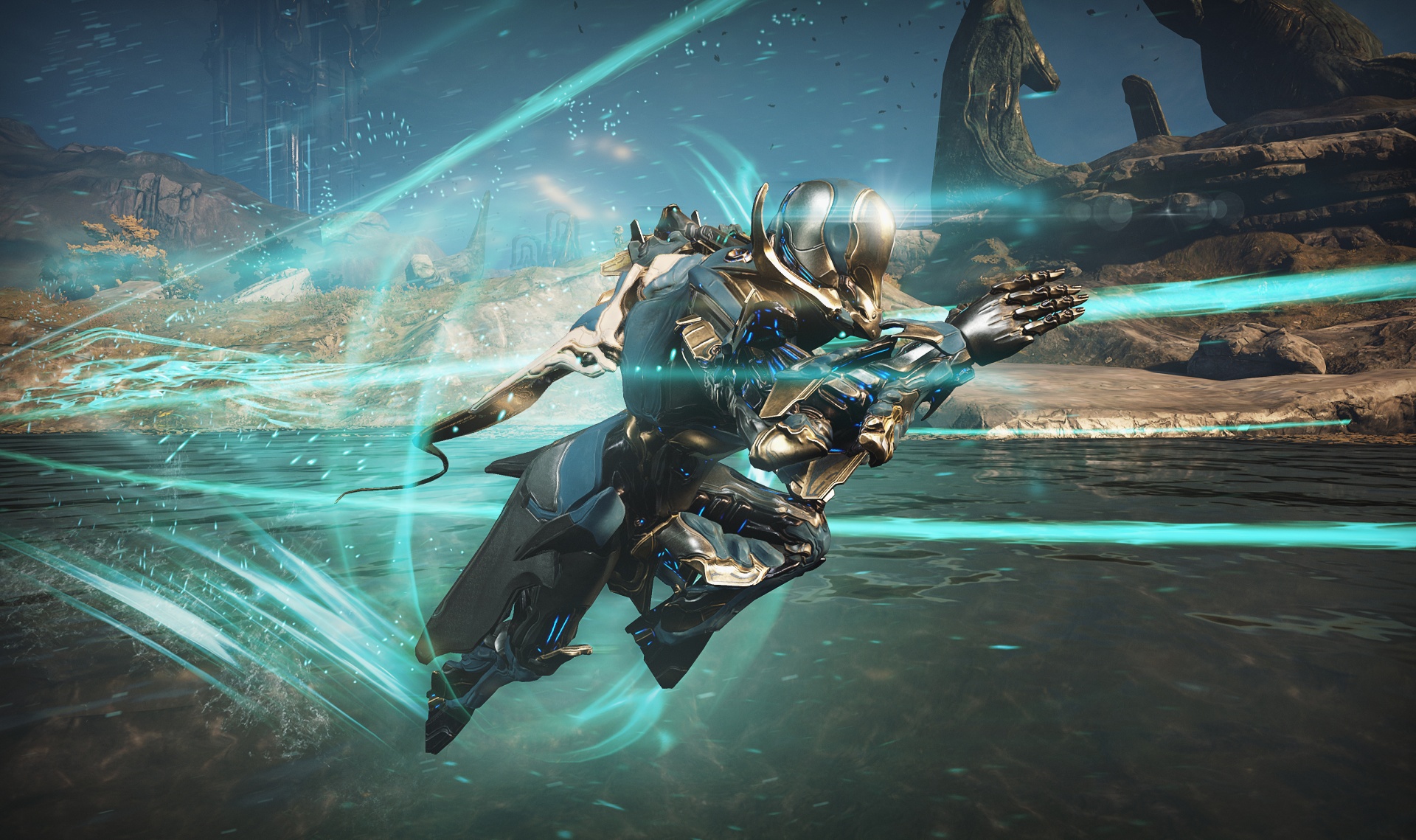