Social Media without the Internet | Blogdot.tv

If you’re anything like us, you probably spend many hours liking, following, and friending on social media. But have you ever pondered how this kind of digital interaction might transfer to the real world? It’s a concept that interactive artist Tuang Thongborisute wanted to explore, leading her to create the ‘Social Media without the Internet’ interactive performance art project.

Tuang Thongborisute is a Raspberry Pi enthusiast, NCCE facilitator, teacher, and coder who enjoys creating new projects and hacks to inspire others to start learning. 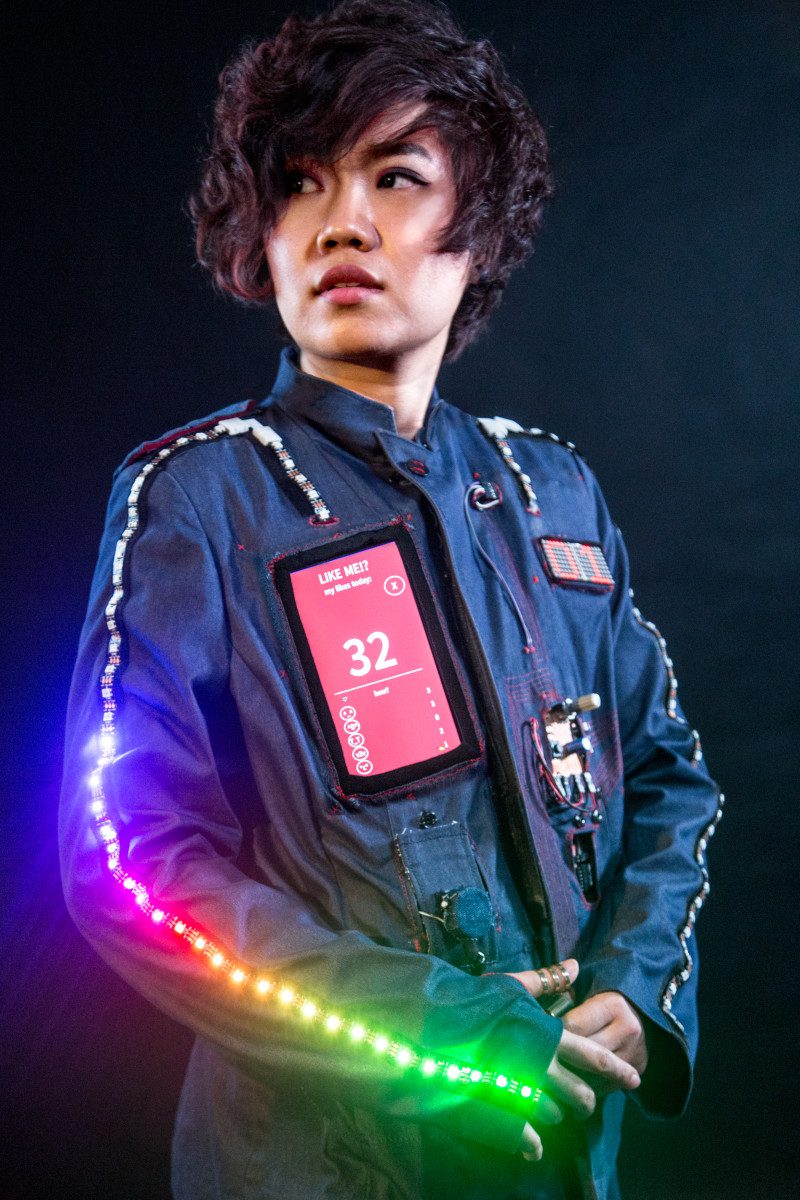 The original idea for the ‘Social Media without the Internet’ came from her research into a ‘digital sense’. “Its hypothesis says that people nowadays might gradually develop an additional sense to perceive digital contents,” she says.

Social Media without the Internet was created “to investigate people’s familiarity of social media’s data and interactions in the physical world, and to explore the digital sense by applying it to the sense of touch.” 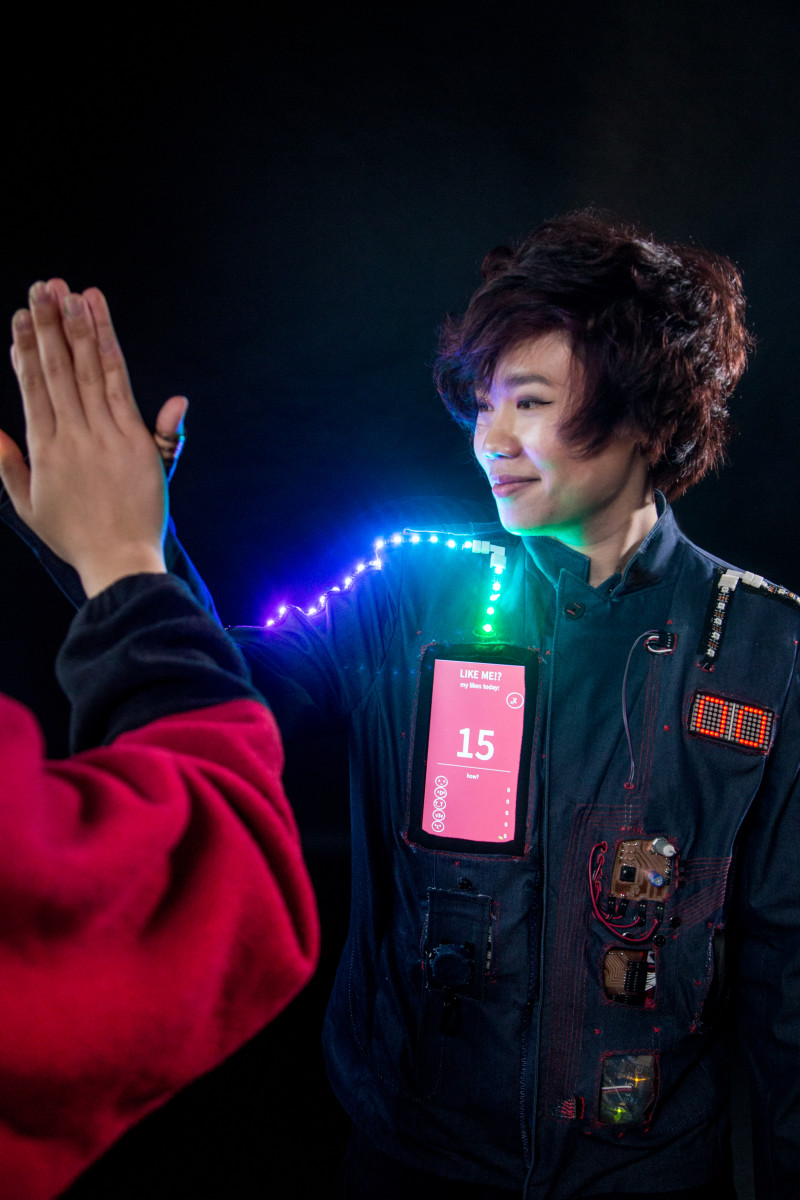 To explore these themes, Tuang created the ‘Social Touch Suit’, a blazer featuring numerous electronic elements – controlled by a Raspberry Pi, aided by an Arduino – which enable people the wearer meets to engage in six social interactions.

‘Add friends’ is achieved by a handshake, connecting two conductive rings on the wearer’s fingers. “With some practice, it works naturally when interacting with people,” says Tuang.

‘Unfriending’ is easy: just a push of a button located on the left side – “near the heart, which most people [have had] broken at least once in a lifetime anyway.”

‘Following’ someone involves hand-holding, triggered by customised extendible strings with a microswitch. “Typically, people ask the wearer to follow them after they have followed the wearer for a while because at the end of the day, everybody also needs some attention back.”

‘Follow’ is a tap on a Velostat sheet (pressure-conductive resistant) on the right shoulder. “A good follower and friend would put their hand gently on the wearer’s shoulder.”

A ‘Like’ can be achieved via two interactions: a high-five, triggered by FSR pad attached to the edge of the right sleeve, or tapping a button on the 7-inch touchscreen.

‘Dislike’ is also done via the touchscreen – “I don’t remember anyone intentionally disliking me… except my best friends, who did it several times.”

In addition, three tiny cameras are attached to the blazer, to broadcast the interaction in real time using a local network for performing in a closed environment like an indoor gallery. “This feature mimics an action of social media users’ observation on other people’s interaction without any interference,” says Tuang. 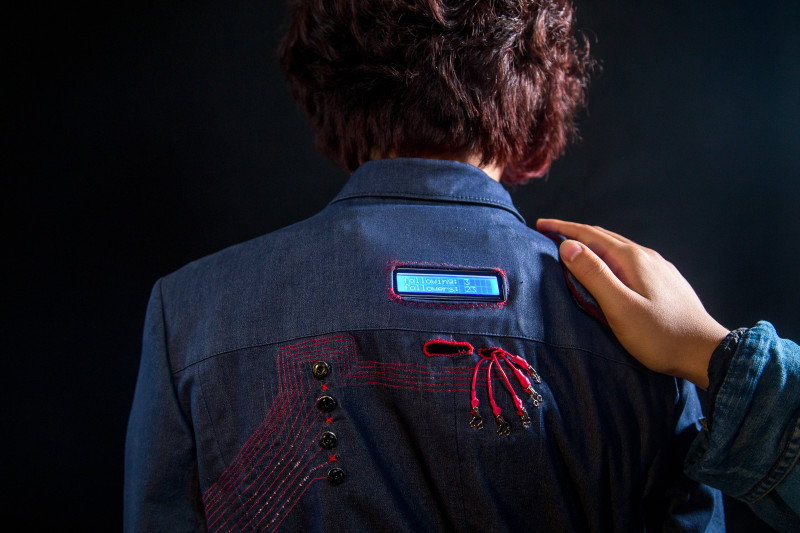 When wearing the blazer in public, Tuang found that people were curious or confused. “Some may hesitate to ask or interact, but some partake in face-to-face conversation,” she tells us.

“From these experiences, I think what’s interesting is that these data of physical interaction have more potential to come from a sincere feeling and determination after they understand how it works. Because no one can give this feedback remotely, there’s some work that needs to be done to give and receive the numbers and to actually do it face-to-face with one another.” 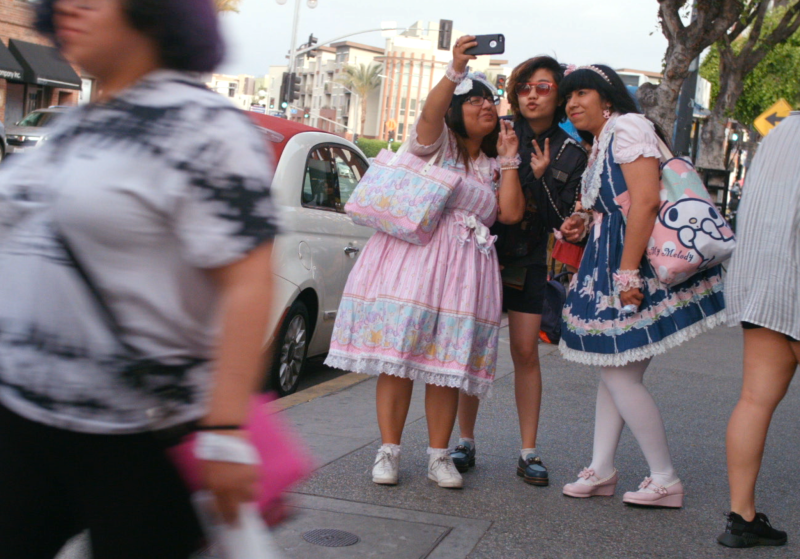 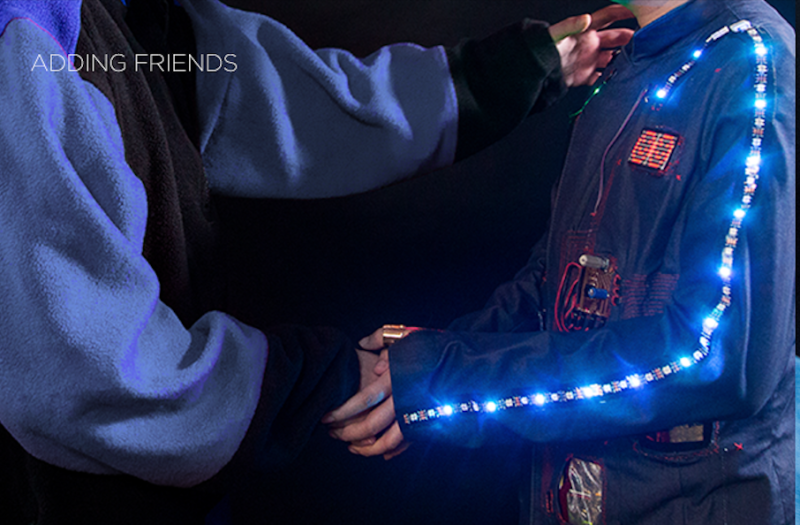